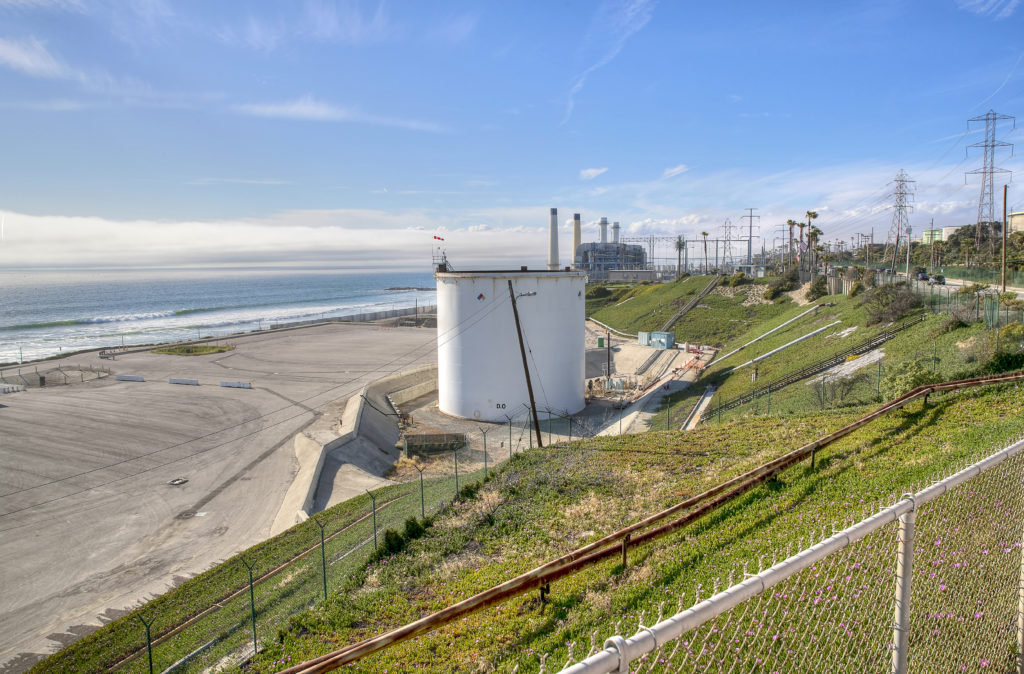 An environmental organization has filed a lawsuit against the West Basin Municipal Water District over its November approval of a large seawater desalination plant proposed along the coast just north of Manhattan Beach’s border with El Segundo, alleging that the water district ignored significant environmental issues in its assessment of the project.

“We refuse to let West Basin move forward with a project knowing that ratepayers, our climate and marine environment will pay the price: a price that we, quite frankly, cannot afford in the face of climate change and the decline of our world’s oceans,” Bruce Reznik, executive director of Los Angeles Waterkeeper, which filed the suit, said in a statement.

The lawsuit, filed Tuesday in Los Angeles County Superior Court, follows the district board’s 4-1 vote on Nov. 18 to approve an Environmental Impact Report for the project, which would produce up to 20 million gallons per day of drinking water. In a statement in response to questions about the lawsuit, West Basin said that the EIR and the board’s actions were consistent with the California Environmental Quality Act, the law under which LA Waterkeeper is suing.

“The West Basin Board of Directors remains confident in its decision to certify the EIR, and that the necessary steps were taken to comply with CEQA. The district stands behind the significant amount of research that has gone into the project and will work diligently to present its defense to the allegations brought forth,” the statement read.

West Basin provides water for drinking and other purposes to approximately 900,000 customers, including all of those in the South Bay. For decades, almost all of this water has been imported from other parts of the state and purchased from the Metropolitan Water District, a wholesaler that supplies more than 18 million customers in Southern California. A much smaller amount, usually 20 percent or less depending on the city, comes from local groundwater.

The dependence on imported water, which could theoretically be unavailable for a prolonged period should an earthquake or natural disaster damage the aqueducts that carry the water from north to south, has long prompted West Basin and other Southland water agencies to consider seawater desalination as an alternative. These efforts became more serious at the beginning of the decade, when California entered a prolonged drought that caused then-Gov. Jerry Brown to impose statewide water-use restrictions, which in some South Bay cities resulted in limits on activities like washing cars or watering lawns.

But while desalination promises a seemingly endless supply of water right at the South Bay’s doorstep, environmental advocates pointed to issues with the plan not long after it was announced.

The prevailing method of desalinating seawater, the one called for in West Basin’s plan, is reverse osmosis, which relies on electricity to produce two streams: potable water, and a salt-concentrated “brine.” As with other desalination projects, that brine would be returned to the ocean. LA Waterkeeper’s suit contends that both the intake of ocean water — which would arrive through an existing pipe that was formerly used to cool turbines at a power plant until state utility regulators began phasing out the process — and the reintroduction of the brine would “harm fish and wildlife habitat.”

According to studies conducted on West Basin’s behalf during the planning process, the plant when operating would “not threaten to eliminate a marine plant or wildlife community,” including threatened species. The lawsuit, however, notes that the Los Angeles Regional Water Quality Control Board, the approval of which West Basin needs to begin construction, said that the district’s analysis did not demonstrate that it had chosen the “best available” options to minimize marine life mortality.

The other primary issue environmentalists raise with seawater desalination is the energy it requires to break the chemical bonds connecting salt and water, and the consequent greenhouse gas emissions it would produce. Although importing water from hundreds of miles away is an energy-intensive process, most scientific estimates show that seawater desalination is even more so. According to a 2018 assessment prepared on behalf of LA Waterkeeper by Powers Engineering, a San Diego firm, the electricity demand of the proposed desal plant “will be significantly greater than the electricity demand of all the 14,173 households in Manhattan Beach.”

West Basin has promised that the project will be net carbon neutral “through a combination of design features and mitigation measures,” including the purchase of offsets. It has also pointed out that state laws requiring increases in the share of electricity produced with renewable resources mean that more environmentally-friendly energy sources would be powering the desal plant in the future.

Many environmentalists, however, counter that the large investment in the plant — official cost estimates peg it at $672 million, and one project opponent said it could easily exceed $1 billion — represents a distraction from other, more environmentally friendly alternatives, such as the increased use of recycled water. Although state law limits the ability of water districts to use recycled water sources for drinking, that and other technological improvements are not far off, environmentalists say.

“West Basin has proposed a 1970s solution to a 2019 problem,” Arthur Pugsley, the lead attorney for LA Waterkeeper in the case, said in the organization’s statement. “We refuse to stand by and allow such harmful and flawed developments to occur. Los Angeles deserves better.”