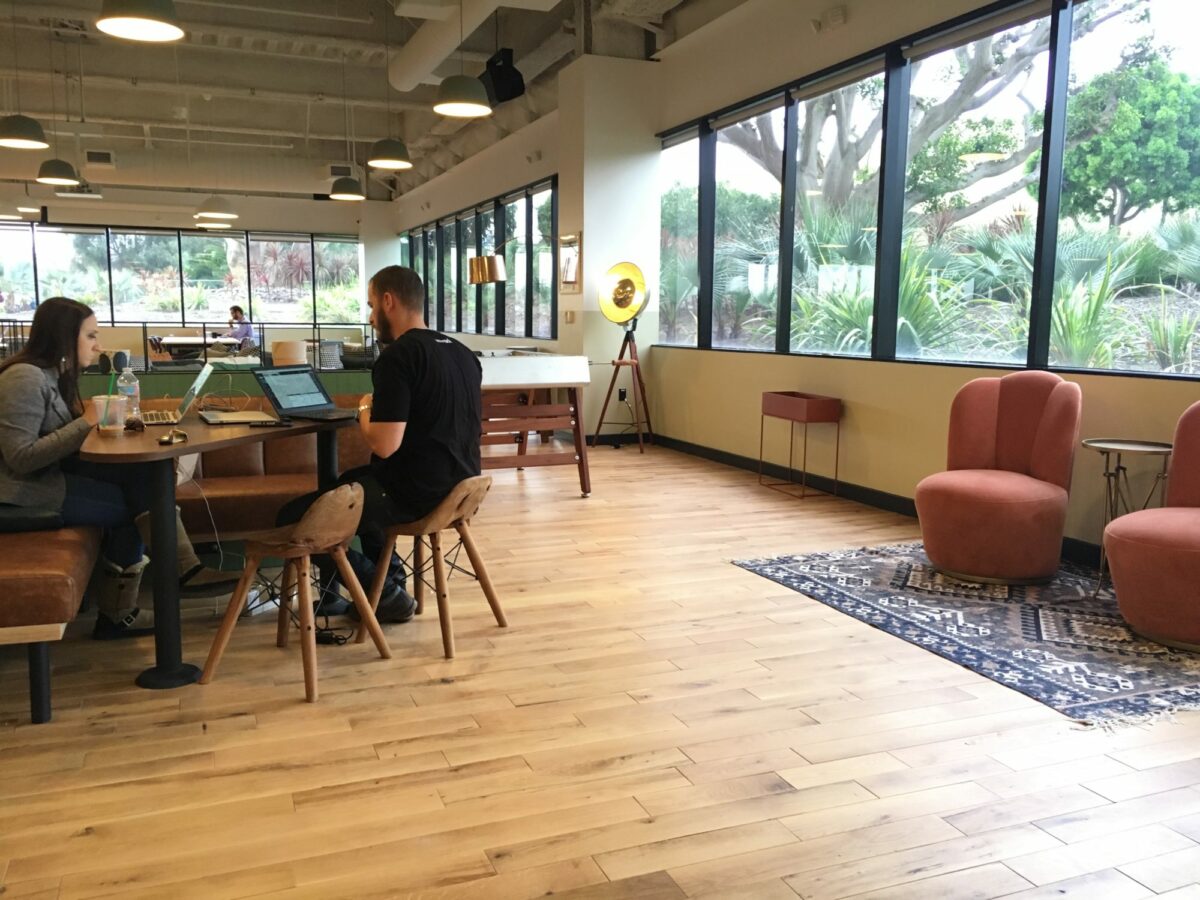 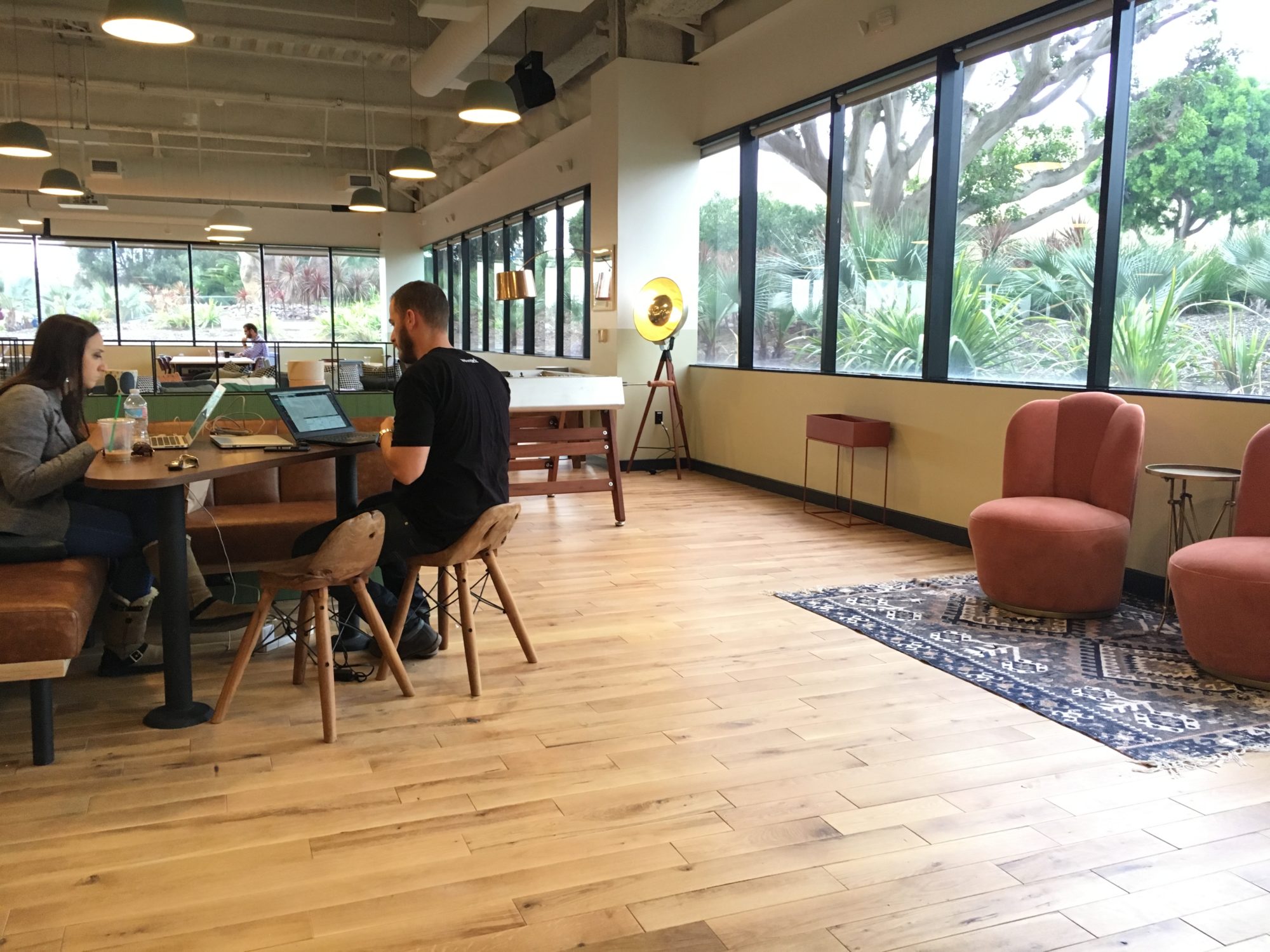 December 3 was move-in day at WeWork Manhattan Beach. Laptop users slowly filled up long community tables — known as “hot desks” — in the main room, while more permanent office users get themselves set up in their own assigned spaces. Upbeat music filled the air at a volume loud enough to motivate but not enough to distract. And as extra incentive for a job well done, cold beer awaited on tap.

Open, creative office environments are nothing new to the South Bay, but WeWork thinks they might be able to corner the market on coworking spaces in the Beach Cities.

In basic terms, coworking spaces are shared offices, often intended for individual professionals or nascent companies to have dedicated space to work in — a few steps above working from home or at a coffee shop, but below signing a long-term lease on office space.

The appeal of a WeWork membership, Radcliff said, is as much about networking opportunities as it is having a workplace. Members are able to reach out to others in the network, asking for and offering their skills to potential partners. But the design of a WeWork site is intended to do more than provide a desk.

“I think that, in general, openness of coworking spaces is appealing for newer talent — people don’t want to work in cubicles anymore,” Radcliff said, gesturing to the open, airy layout of WeWork Manhattan Beach’s ground floor. “The layout allows people to build relationships, getting away from your desk and talking to someone you’ve never met before.”

WeWork has mushroomed since it was founded in 2010 in New York City, spreading across the world with locations in San Francisco, Australia and China. The last year has seen significant growth in Los Angeles alone, as locations have opened in Playa Vista, Culver City and Pasadena, joining existing spaces in Hollywood and Downtown L.A.

“I would love to see the South Bay and Silicon Beach become new tech hubs,” Radcliff said, referring to the glut of technology companies that have sprung up along the Westside. “We want startups and small businesses to stay here and become part of the economy rather than just moving up to San Francisco.”