What I learned when Photowalks met Backroads 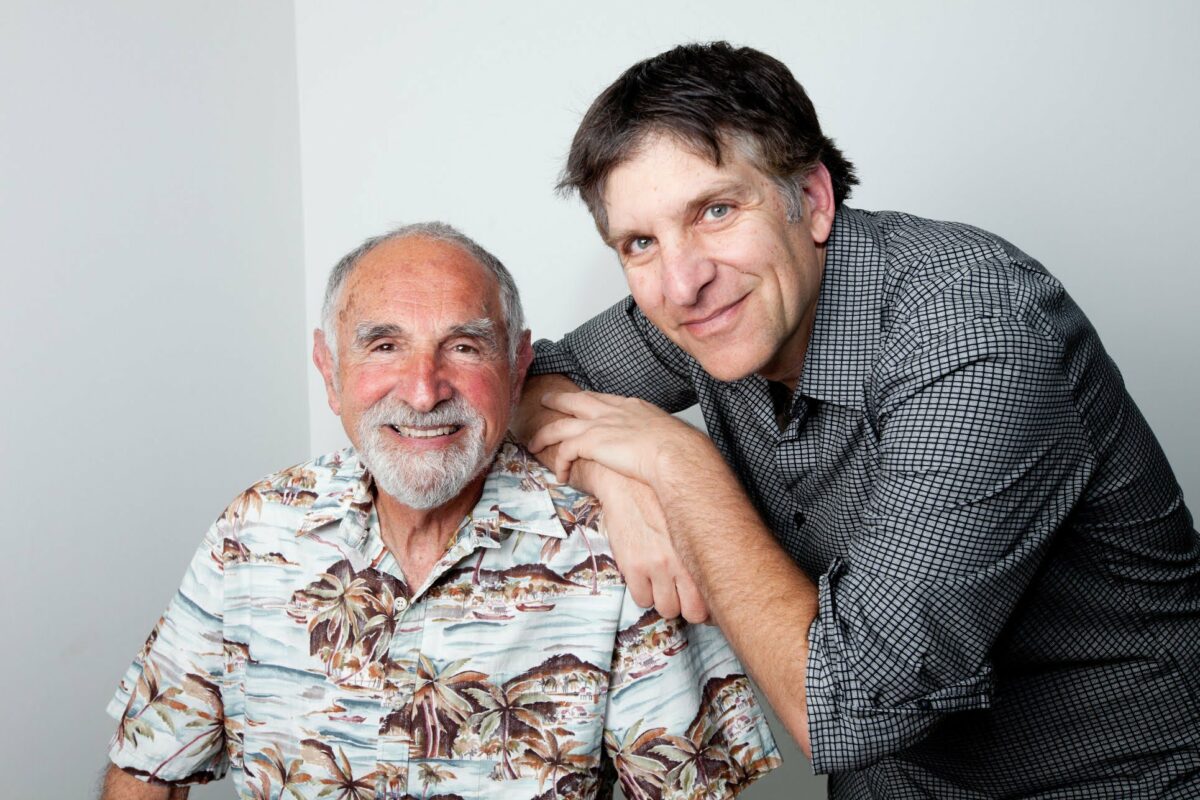 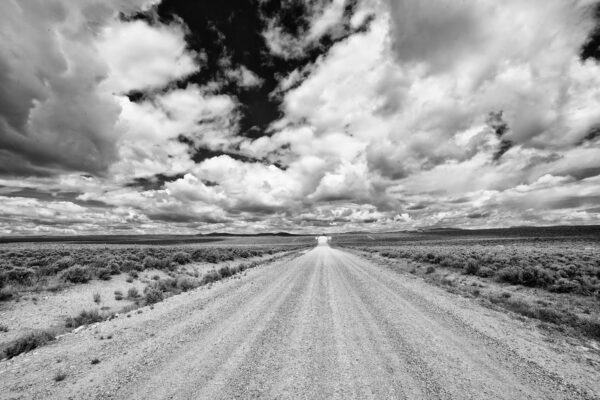 The backroads of Taos, NM, by Jefferson Graham for the PhotowalksTV series

Imagine reuniting with a loved one, via the magic of video?

I did just that, even though my father died 9 years ago, on my PhotowalksTV travel series on YouTube. He had his own local TV show in San Francisco, Bay Area Backroads, and I decided to follow his Backroads footsteps in the San Francisco Bay Area and see how things had changed. The response to the Photowalks meets Backroads series of  episodes have been overwhelming. So much love! So gratifying. Thank you!

As I have written before, the inspiration for this series of episodes came when Mike McCue, the CEO of Flipboard, the social magazine app (and a frequent PhotowalksTV sponsor) sent me a note telling me how much I reminded him of the guy who used to host the local travel TV show “Bay Area Backroads” in San Francisco. “Had I ever heard of him?”

Jerry Graham died nearly 10 years ago, in 2013, and since both father and son had/have a travel show, perhaps it was time to remind people of Jerry. I got a hold of some of my dad’s tapes, and retraced his Backroads steps on 4 episodes of Photowalks in the San Francisco Bay Area. (Local angle: and edited them all at home in Manhattan Beach!)

People got a kick out seeing Jerry again. I did too. Some people feel uncomfortable watching footage of their loved ones who are no longer with us. To me it was a reunion of sorts, and it beat the alternative. 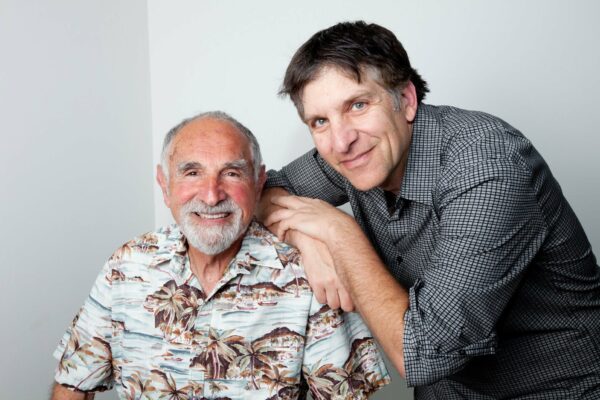 Now that the Photowalks meets Backroads series is complete, a few obvious questions to answer.

“You didn’t fall far from the tree, how did he help you with your journalism?”

He didn’t. I wish I could tell you about those afternoons where we talked about the art of interviewing, how to report a story, to get sources to talk to you and the like.

That never happened. But let’s just say I learned by being around him.

I worked in radio with my father in the 1970s, when he owned WGRG, a small station in Pittsfield, Massachusetts. I was hired (at age 19) to help in the sales department, and later began creating commercials, which involved writing and production. Over time, I did a DJ shift as well.

I was a terrible writer. I couldn’t spell. I didn’t know grammar. I slipped slang into too many sentences. As a DJ, my pronunciation wasn’t as clear as it should have been.

I remember being scolded for my spelling and my commercial copy was routinely torn up.

His biggest piece of advice: he told me many times that the secret of great writing was to be clear and conversational.

It took awhile, but the counseling paid off. This newsletter is as conversational as it gets, right?

I saw how easily he could pick up a microphone on the radio and speak. I watched him dash out editorials for the station effortlessly, in that conversational style.

The only time I remember him giving me advice on interviewing happened in 1974, when Richard Nixon resigned the presidency. I did a man-on-the-street report for WGRG and came back with audio I thought was fantastic because it so honest and contrarian.

“He didn’t do anything wrong,” the man at the barber shop said. “It was Walter Con-kite (how he pronounced it) and the crooked media that made it all up.”

(File that under, “nothing has changed.”)

“What about the break-in and cover-up?” Jerry said. “You didn’t challenge him.” 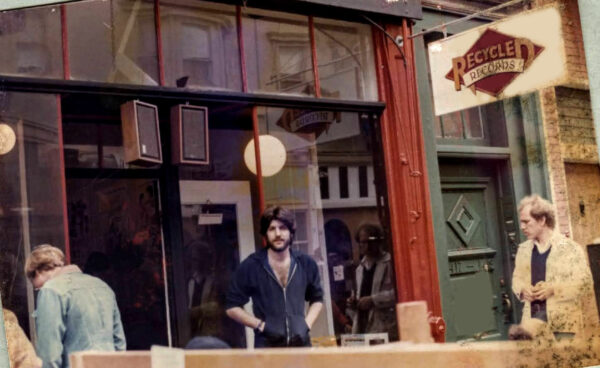 Jefferson Graham in the 1970s, in front of his San Francisco record store, Recycled Records

Later on, as Jerry moved into managing a huge radio station in San Francisco, KSAN, I opened a used record store at age 20, then sold it and moved to Los Angeles with dreams of being a great photographer. That didn’t pan out, then, and I switched to writing, despite my handicaps when it came to spelling and grammar. (This was pre spell check, kids.) Within two years, I got my first big job, as a reporter for a community newspaper outside Los Angeles, switched to the Hollywood Reporter, a trade paper, a year later, and by 1984 got hired by the then new national newspaper, USA TODAY, covering TV shows and movies, which had always been a huge passion of mine.

By this time, my dad had left KSAN, and waltzed into a new act, as the host of a San Francisco “magazine” show, “Pacific Currents,” which led to hosting a national syndicated TV show called “Taking Advantage.” 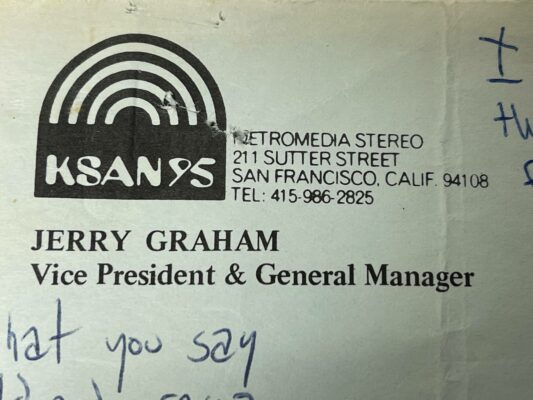 Somehow, I just don’t recall talking about the mechanics of his job. (One notable exception: he had a clothing allowance, and would pass on his old suits after wearing them a few times.)

Pretty soon after that he was working at KRON in San Francisco, hosting the weekend newscast and the Backroads travel show.

Years later, when I started making videos for the USA TODAY website, I would try to do funny things like jumping into a swimming pool in the middle of an interview or interrupt the subject by trying to be clever.

Then I did a very simple how-to video on making covers for DVDs. He especially liked that one and appreciated the different take.

“You played it straight and just gave me the news I could use. Way more effective.”

I was making a highlight reel of my work shortly before he died, and showed it to him. It opened with a shot of me in a race car with the CEO of GoPro, who was showing off by zooming around Half Moon Bay at top speeds. The camera caught me making fearful faces at every turn.

He suggested I cut it, because “everyone has that reaction in a race car. So what? Do something original.”

“You must have talked about travel all the time”

In reality, not so much. I don’t think he loved traveling. We certainly didn’t travel that much as kids living in New York City beyond visiting the grandparents in Indiana and spending summers at the “country home,” in Connecticut.

He liked making a show out in the field, and interacting with people. Bay Area Backroads was his way to do that.

He met a book editor at a party who made him an offer to write a travel book based on the show’s stops and accepted. It’s not like he set out to do a travel book or even wanted to. It just fell into his lap, like the new TV gigs. And the book was ultra-successful.

“So did you start a travel series because your father did?”

Not really. I covered technology for two decades at USA TODAY, and my specialty was cameras. I’ve also been a photographer since my teen years, and have operated a side hustle as a photographer for hire since 2004.

So there was a natural marrying of travel photography with a travel show, one that showed people around, plus where to get the best photos when visiting and how to improve their pictures with various pro tips. Plus, I was tired of making tech videos, and wanted a new outlet for my talents.

I love to travel. I enjoy running out and exploring my own backroads, capturing the beauty, meeting with local characters (like my pop did) and putting it all together in my own way. My ambitions as a kid were to be a writer-director, actor, news reporter and musician. And here we are. Thank you YouTube.

(My parents have both said, at different times, that they expected me to a lawyer, because I was energetic and asked so many questions.)

On Photowalks, I shoot mostly every episode as what’s now called a “solo creator,” filming, editing, hosting and performing the background music. This is both a labor of love and a dream come true.

(Side note: even “solo” creators have help! My wife Ruth ably assisted me on brilliant camera work for the Backroads series, and my pals Tony Prince, Sean Fujiwara and Scott Heath have contributed as well.)

What I learned from watching the Backroads tapes

I was lucky to have remained in contact with Jeff Pierce, the photographer who shot Backroads for KRON back in the 1980s and 1990s. I was able to digitize eight tapes from his collection, and four of them had enough footage with my dad in them that I was able to work with them on Photowalks.

Since Backroads was a local show, and I didn’t live in San Francisco, I had not seen these episodes before. (This is pre-internet, kids.)

In watching the episodes from the 1990s today, the Backroads shows have a nice, what to do/where to go/where to eat basics of travel journalism, my father could pronounce words with the best diction (something this son never picked up on) and he has a wonderful rapport with people.

From reading the comments, it’s clear that these folks really liked having a curator (the host) offering ideas on fun places to visit on the weekend way back when, without sounding insincere or paid for.

In the YouTube era, there are so many people doing this now, but unfortunately, too many make their channels more “look at me and how much fun we’re having on vacation” than thinking about what the viewer might want to see. My friends Josh McNair from the California Through My Lens channel and Chris Raney from Yellow Productions are an exception, and absolutely brilliant in showing people what they would care about knowing before visiting.

In an interview with the San Francisco Chronicle, my dad described the concept of Backroads: “We live in this great spot, but we’re all in such a hurry, that we drive by things without looking and don’t even notice what’s around us.”

Subconsciously, that’s exactly what I set out to do with Photowalks, without even realizing it. Take people along with me to the big (Hollywood Blvd., Las Vegas Strip, Japan’s Shibuya) and the small (Pismo Beach, Flagstaff, Arizona, Mendocino.) Get out of the car, slow down and open your camera eyes.

If I am like my father (and everyone says we look and sound alike) our aims are similar: show you great places through the people who live there, with the addition of great photography and photo tips. Hopefully that works.

The theme music used on the old Backroads show was just about perfect, a cut from guitarist Ry Cooder’s first album, called “Available Space,” featuring the master on slide guitar. There’s something about hearing a slide guitar that gives you the feel of the open road. In watching his episodes, it was clear that it was time for a new Photowalks theme.

So I turned to my friend Paul Ellis and asked if he could offer his slide guitar playing skills for a new composition we put together, which I just love.

In the Backroads era, most people were taking photos on little point and shoot film cameras. Digital replacements wouldn’t start to become popular until the end of the decade. Now more people are taking photos than at any time in history, and the most used camera in the world is an iPhone. They’re easy to use, except when they’re not. Everyone can take great point and shoot photos, especially when they’re on vacation, but a few pro tips wouldn’t hurt, right?

See you all on the next Photowalk!