Wilfred and the flowers 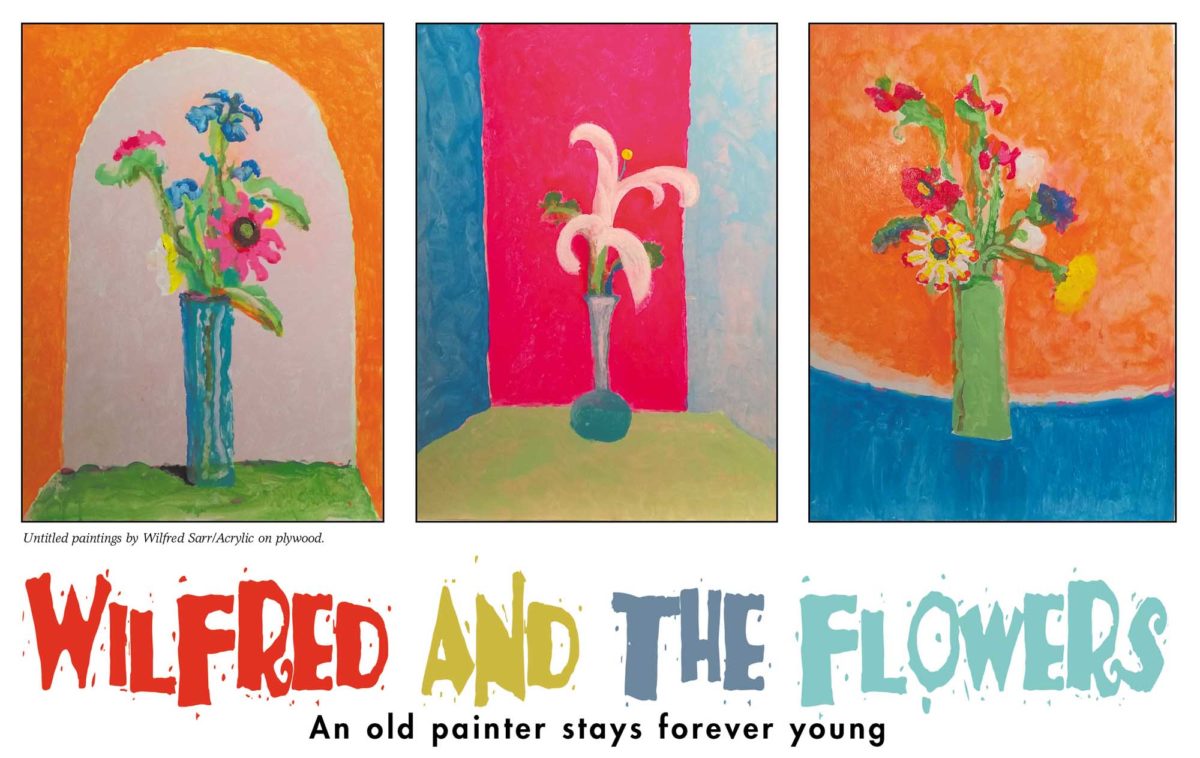 Flowers are relatively new in the history of Earth. Evolutionary biologists believe the first flower didn’t appear until 114 million years ago, meaning the planet spun around the sun for 4.4 billion years before that first unlikely bloom one primordial dawn. This flowering would spread across the globe, and by the time human beings appeared 200,000 years ago, flowers held a rare and special place for them: they were the only plant life beloved not for any sense of utility, but for beauty alone.

Our spiritual leaders have urged us to look at flowers ever since.

“Consider how the wild flowers grow,” Jesus told his disciples. “They do not labor or spin. Yet I tell you, not even Solomon in all his splendor was dressed like one of these.”

About 500 years earlier, Buddha was likewise looking towards the flowers. In his famed “silent sermon,” he held up a flower and gazed at it. Finally, one of his adherents, a monk named Mahakasyapa, understood the teaching. He simply smiled, and handed down his understanding of that sermon to 28 successive masters in what would be the founding of Zen Buddhism.

Wilfred Sarr isn’t precisely such a Buddhist, but he is of this flowering lineage. He started contemplating flowers in the hazy days of 1968, when he first turned his attention as a painter upon flowers. He’s since devoted several thousand hours of his life to looking at flowers. In a sixty-year career in which he’s completed roughly 6,000 pieces of art, every so often, Sarr finds it necessary to return his gaze to flowers.

And so, this Thursday, at the tender age of 83, Sarr will exhibit a new batch of flower paintings at Cannery Row Studios in San Pedro. This time around, he’s painted his flowers in DayGlo colors. He’s not even sure why. In keeping with the Buddha, the hows and whys of flowers are beyond words, Sarr says, but rather simply in the realm of joy.

“Because they are ridiculous,” Sarr said. “These are not for interior design. These are for people who want to take part in making a statement.”

A statement in what? “Ridiculosity,” Sarr said, adding, “This is just a phase. I have no idea where I’m going. This is just something I had to do.”

Sarr, who lives in Santa Cruz these days but has been the South Bay’s Van Gogh since arriving here after a strange and wandering stint serving the U.S. Army in Germany in the early ‘60s, has certain migratory patterns as a painter. He has done several series of dancers, for example, and every so often returns to landscape painting; a few years back, he did a series of tombstones, each adorned with an epitaph. “Gratitude is heaven,” said one. “Do-de-do. Here I ain’t!” said another. “Git down!“ said another.

Sarr is only a few weeks removed from almost going down. He had a 15-year old battery with a 10-year shelf life powering his pacemaker, something he didn’t take too seriously until he realized how difficult it was becoming to walk. His doctor was shocked he wasn’t dead. Naturally, when they opened up his chest to put in a fresh battery, Sarr was observing.

“They just open up a two and a half-inch flap, they pull this thing, which is attached to tissue…He had to wrench it out,” Sarr said. “I’m wide awake, right? And he’s prying on this thing, unraveling it, getting it unattached to the wire…Then he has to take the new one, get it attached to the wire and spin it around, and the wire goes into my heart muscle, and it ends in a spiral, like a screw, right into the muscle. It took him about 20 minutes and he was really working. I like the guy. I need a portrait of him.”

Portraits are what Sarr believes will be his enduring work. He says the human face is not unlike a flower.

Part of what teachers like Buddha had to say about flowers is that they don’t ever really die. They represent continuation. A flower faints to the earth and becomes part of the soil; the blossom, created by both soil and sun, has found the earth for the sky. One day a new flower blooms from that soil. Hence the dance goes on, a flower a celebratory sign of life and its inherent exuberance.

“The flower comes out and inside the flower is the seed, let’s say a nut for an oak tree,” Sarr said. “This very sexy thing happens with flowers and honey and all that stuff, and the fruit, and how the fruit carries the seed.  I’ve thought about this over and over for the last 50 years — the reason we paint flowers, and portraits.”

And so Sarr continues to gaze at flowers and somehow defy age. He giggles more in his eighth decade than he did in his first three decades combined.

“Every once in a while I wake up and I feel young,” Sarr said. “I’m still having a lot of fun. All I want to do is walk and think.”

His recent brush with being underneath the soil rather than above it has given Sarr less a sense of impending mortality and more a sense of growing possibility.

“I went to an acupuncturist and said, ‘I’ve been painting 60 years and I’ve got work to do. I need another 20 years. Is that doable?’” Sarr said. “He said, ‘Well, if you don’t fall down stairs, wreck a car, and you pick up a good diet, it is possible.’ So as long as life is fun, even though I’m taking short steps, I’m going to keep on going.”

His show this week will include several fresh florals, a few mandalas and portraits and a dancer or two. It marks a reunion with old friend and fellow artist Richard Stephens, Cannery Row’s legendary founder and curator.

“This show is kind of a celebration of my coming back to life,” Sarr said. “I’m very happy to be above ground.”