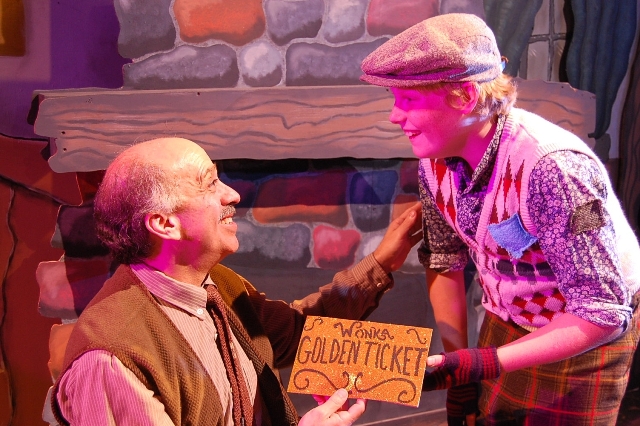 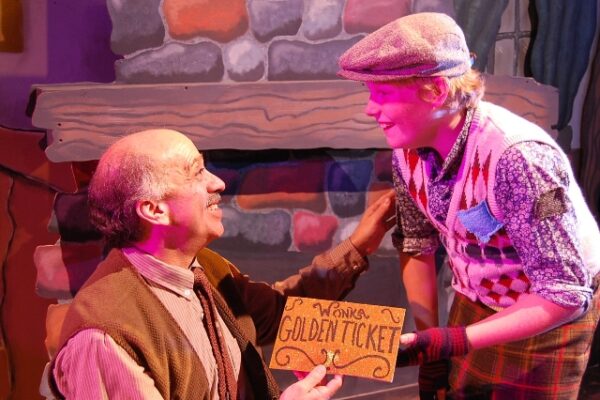 Are you looking for a sweet, delicious treat this summer? “Charlie and the Chocolate Factory” is here! The Torrance Theatre Company presents Roald Dahl’s “Willy Wonka,” a musical production recreating the beloved story of Charlie Bucket and Willy Wonka. We can join Charlie in his adventure through Willy Wonka’s enigmatic yet fascinating factory, as he steps into the magical world of candy-making and discovers the secret behind the golden tickets.

“Willy Wonka and the Chocolate Factory” is a timeless story about a young boy’s journey into a place we wish we could visit – a factory for creating the most delicious sweet treats of all time. Charlie, along with the rest of the world, has been itching to learn more about the mysterious Willy Wonka and his factory. Wonka, after realizing that unknown emissaries have been out to sabotage his business, closed down his factory. Three years later, and he’s decided to start up his business again. However, his factory is still closed and no one can see what he has been up to in his secluded wonderland…

Wonka has hidden five golden tickets in his famous Wonka Bars, and the winners of those five golden tickets will have the honor of receiving a full-length tour of his factory along with the promise of a lifetime supply of chocolate. The first four winners are: Augustus Gloop, a German boy with a very strong sweet tooth, Violet Beauregarde, an American girl with a love for gum chewing, Mike Teavee, an American boy who loves to watch endless television, and Veruca Salt, an English girl with a haughty attitude. Last but not least, with Lady Luck on his side, Charlie Bucket has the last golden ticket and is accompanied by his grandfather to the chocolate factory.

A blend of young and old

Fans of Willy Wonka know that there have been many adaptations of this beloved story, but Gia Inferrera, the artistic director of the Torrance Theatre Company who oversees the entire musical production, states that the show will not be a repeat of what has already been done.

“This show is actually billed as ‘Roald Dahl’s “Willy Wonka,”’ but it is a hybrid of the book, the ‘70s film starring Gene Wilder, with a modern update in parts.”

Unlike other productions of “Willy Wonka” that seem to focus on a younger crowd, Inferrera invites the adults who have grown up loving Willy Wonka to come to the show as well, stating that this one is open to fans of all ages.

“In the past,” she says, “the musical version of this show that was available for licensing was either the Jr. version, or a ‘theater for young audiences’ version. Generally, they are truncated versions of the show, the first designed for a cast made up of youth only, (whereas) the second could be adults and youth, but again [in] a shortened version. The show we are doing recently became available, and it’s a full-length musical production.”

The hybrid of children, young adult and adult actors makes this adaptation of “Willy Wonka” the first of its kind.

“The Torrance Theatre Company has produced summer musicals in the past,” Inferrera continues, “that have included a few children in the cast, here and there; and we have produced shows that were family friendly. Never have we done a show like this, family-friendly and filled with young actors. We thought it was about time to bring some of our community’s talented young actors into a production with our wonderful adult company members. The cast is comprised of almost three dozen actors ranging from eight to 70 years old. The decision to do this type of a production has already paid off just in watching all of these actors of various ages and backgrounds come together into a unique and wonderful family.”

The combination of classic and modern is what makes this play so inviting to all age groups, according to Perry Shields, the vice-president of the Friends of Torrance Theatre Company, who will be playing Mr. Salt, the father of Veruca Salt.

“This version is for the most part set in the modern-day,” he says, “with references to Wi-fi, Oprah, and cell phones. At the same time, it resides in a simpler time when families listened to the radio together. In that sense, it is much like Tim Burton’s 1989 film “Batman,” which was set in a sort of amalgam of time periods. Aside from the music that is used from the 1971 film, our script is an entirely original work.”

Similar to this version being a combination of both classic and modern, Mr. Salt, Shield says, is sort of cross between two beloved characters.

“Mr. Salt is a combination of the characters Mr. Salt and Mr. Beauregarde from the 1971 film. Since he owns a nut factory, he sees his visit to the Wonka chocolate factory as an opportunity to further his nut business. The best part about playing him is the ability to incorporate traits from other well-known filmic characters whom I think the audience might recognize.”

Another character whom audiences may recognize is the infamous Mrs. Gloop, played by Perry Shield’s wife, Cindy Shields, who works for the Torrance Council of PTAS and has been in the entertainment business for 35 years.

Despite the fact that Mrs. Gloop is not the kindest character of the bunch, Shields comments that she had a great time taking on this role.

“Mrs. Gloop is (oddly) encouraging of her son’s gluttony in the hopes of him, and ultimately her, finding fame and fortune,” says Mrs. Shields. “She’s so much fun to play because not only is she from another country – love to do dialects! – there’s a silliness to her in her goals for her son, but deep down also a mother’s love. Plus she likes to eat and so do I!”

Unlike her character, who does not care for Charlie, Shields admits that she does have a soft spot for the little Bucket:

“I am a huge fan of the movie starring Gene Wilder; loved it as a kid because of the adult undertones in a ‘kids’ movie. I love the sweetness, humility, and integrity of Charlie, and to see these virtues triumph in the end, that’s a powerful message. He came from such poverty but was rich in love and good role models.”

Logan Gould is playing the role of the sweet and wholesome Charlie Bucket. Gould is a twelve-year-old who loves drumming, and killing zombies in his backyard with his friends. His love for acting, singing, and dancing makes playing Charlie a real treat for him.

“Charlie is fun,” Gould says; “always enthusiastic, and he tries to help his family all the time. Some of the best parts about playing him is I get to fly, be in a flying elevator, and eat a chocolate bar. Charlie has depth and is different than other characters I have played. Charlie tries his best to be positive all the time.”

“Of course,” adds Inferrera, “there is something inherently magical about this chocolate factory with its workforce of Oompa Loompas, Fizzy Lifting drinks, and machines that make all sorts of odd and fantastical concoctions. I think it just unleashes our imagination.”

This production features songs from the 1971 version of “Willy Wonka and the Chocolate Factory,” and is directed by Mark Torreso. Torreso is also the artistic director of The Gallery Theatre in Anaheim, as well as a director and acting coach for Disney Entertainment Productions.

“He’s fantastic!” Inferrea says of Torresco. “We have waited five years for him to return. He gives 1000 percent when he’s on a project, he has jumped in and helped with building and painting, and with all sorts of show elements. He’s incredibly patient and kind, he’s wonderful to work with, and the cast adores him. He brought in a friend with whom he works at Disney, who helped design most of the scenic elements for the show, which are amazing.”

The music in the play will be directed by a veteran of The Torrance Theatre Company, Rick Heckman.

“I can’t speak highly enough of our association with TTC (Torrance Theater Company),” says Cindy Shields. “Their reputation and professional directors attract incredible performers whose company I’m in awe of. We all put in our time and make sacrifices but the end results are so worth it!”

Loren Gould’s, Logan’s mother, is appreciative of the chance her son has been given.

“This has been a great experience and opportunity for Logan. Each cast he is in becomes his family for the run of the show. This ‘family’ has been extra special and has taken good care of Logan my son, and Logan the actor.

“I expect the whole family to love it,” she adds. “A child or adult can relate to the show. This show should be a fun ride, and when you leave I hope you feel the magic of “Willy Wonka and the Chocolate Factory.”