“You Will Remember Me” – Unforgettable [MOVIE REVIEW] 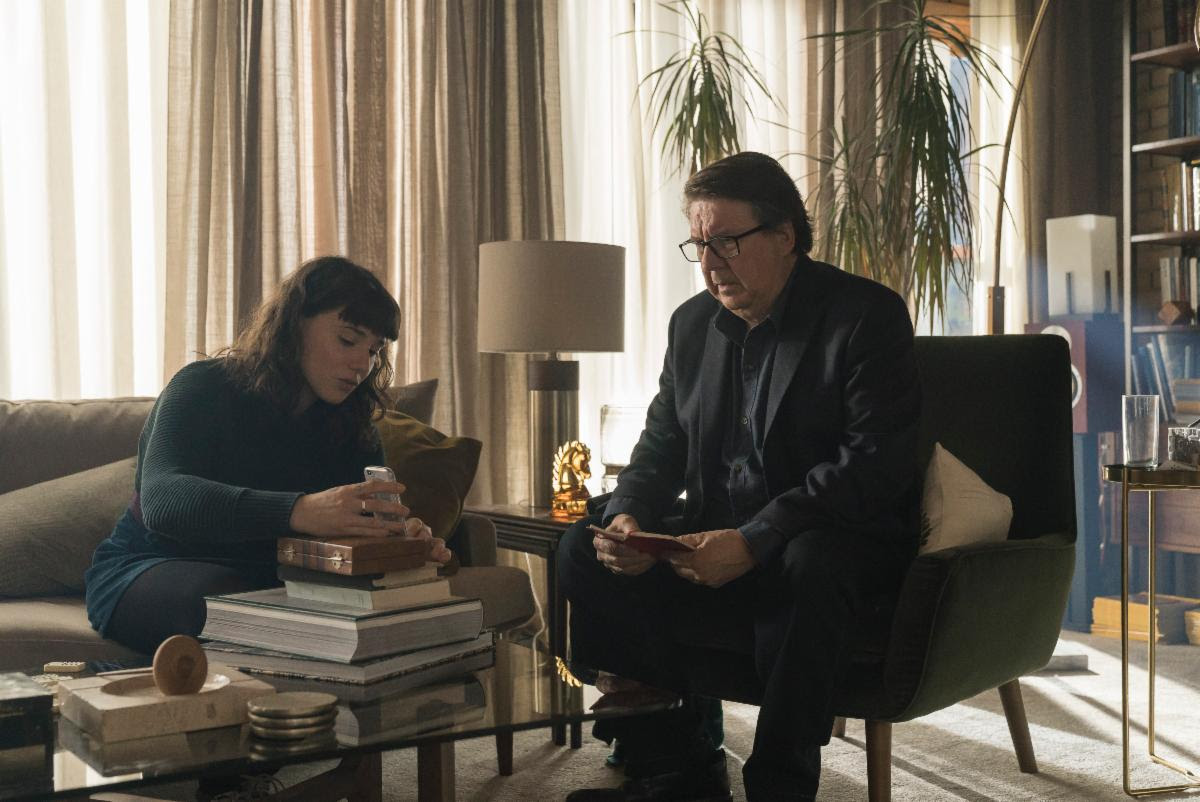 Karelle Tremblay as Bérénice and Rémy Girard as Édouard in "You Will Remember Me." Photo courtesy of Corinth Films. 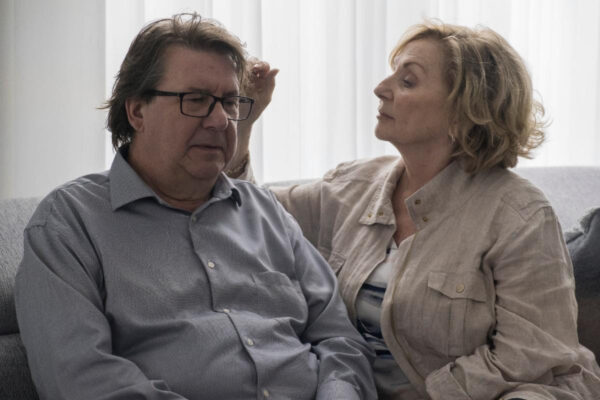 Rémy Girard as Édouard and France Castel as Madeleine in “You Will Remember Me.” Photo courtesy of Corinth Films.

Over the past few years there have been a number of films about the onset of Alzheimer’s Disease. Most recently Anthony Hopkins won a much deserved Academy Award for his portrayal of one such victim in “The Father.” Julianne Moore won her Oscar for showing the effects on a previously vibrant and intelligent woman who descends into a void of memory loss in “Still Alice.” Julie Christie was memorable as Fiona, an institutionalized patient who, forgetting her husband, falls in love with another patient in “Away from Her.” The illness of forgetting is a tragedy not just for the afflicted but also for their families. “You Will Remember Me” is a worthy addition.

“You Will Remember Me,” beautifully written and directed by Eric Tessier, tells the story of Édouard, a history professor and radio pundit, who is at the early stages of Alzheimer’s Disease. Retired, not by choice, and living with his wife Madeleine, he knows his memory is not what it used to be but insists that his difficulties are minor. He misses the public arena where his political opinions and life lessons were valued and, in turn, gave him his sense of value. Madeleine is his gatekeeper in more ways than one. In an early scene, where Édouard is being interviewed for a TV magazine show, his wife must guide him back on the rails so many times that he loses his temper on camera.

Madeleine has been his caretaker and keeper of the flame for longer than he can remember. He has no idea of the burden he has placed on her and his temper grows shorter each day, especially as he becomes more and more aware of his shortcomings.  In his opinion this short term memory loss is incidental especially because he can recall his lectures of the past. He knows exactly who he was and what he stood for. And therein lies the problem, one that he has a hard time grasping. Who he was is no longer who he is. 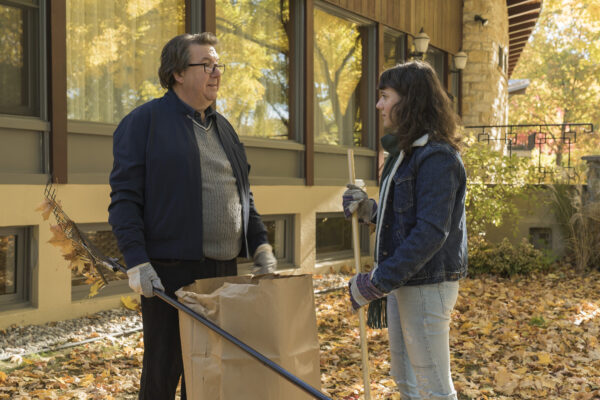 Rémy Girard as Édouard and Karelle Tremblay as Bérénice in “You Will Remember Me.” Photo courtesy of Corinth Films.

The temper tantrum during the interview was the final straw for Madeleine. She packs a suitcase for Édouard and dumps him on their daughter Isabelle’s doorstep. Shocked, Isabelle is unprepared. She has a full time job and is about to leave town. She cannot under any circumstances take her father until after her trip. Madeleine, however, has had it. She doesn’t care. She’s about to break and it’s this or an institution. Isabelle’s live-in boyfriend Patrick steps up and says he’ll care for Édouard while she’s out of town. Madeleine heads for the door before Isabelle can speak.

Complications ensue; complications always ensue. Patrick is called away for a potential interview and goes to his estranged daughter, Bérénice for help. Clearly they have been on the outs for quite some time and each has difficulty with civility, but Patrick’s offer of payment for “babysitting” services lures her to watch the unpredictable Édouard.

Édouard keeps an ever-present journal. Aware that he forgets new information from one moment to the next, he writes down names, descriptions, and recent events as memory triggers. Bérénice is the dark haired girl with a tattoo on her thigh who is the daughter of Patrick, Isabelle’s new live-in. He often calls Patrick by the name of Isabelle’s ex-husband. Everything old is new again but the notebook helps him keep track even if it doesn’t help him remember.

Bérénice is not indifferent to his plight, she’s just not empathetic. This is a one-time gig and she doesn’t have room in her life for a cranky pedantic old man. Patrick returns; Isabelle returns; Bérénice goes home. But not for long. Isabelle discovers that her mother has disappeared. This was not a short term solution; Madeleine has no intention of caring for Édouard again. She’s found a lover and has entered a new stage in life. The only alternative presented is an Assisted Living Facility and Isabelle won’t hear of it. Reenter Bérénice.

Still distancing herself, she occasionally engages Édouard in conversation. He may not remember his breakfast or his pills, but Édouard has no trouble remembering who he was. Does Bérénice have any idea? Yes, it turns out, she does but, as she explains to him, his ideas are old and the world has moved on. Who cares about his musty old history? Actually, as he reanimates and delves into his past, he brings some of this history to life for her.

But remembering the past also brings with it more chaos because Édouard begins to confuse Bérénice with his long dead daughter Nathalie. Realizing that Édouard has a need for his lost daughter inspires her to encourage his belief. They become closer and Bérénice grows towards empathy and away from the cold resentment that had engulfed her. But Isabelle, upon learning of this conflation, is infuriated. It had been years since she had even admitted the existence of the sister who incomprehensibly committed suicide at the age of 19. Once again Bérénice is banished, speeding Édouard’s descent. But his very existence and trials have changed her world view, no longer entirely self-focused. In one of their last encounters, he says to her,” Who are you? Tell me about you.” She says, “You’ll forget anyway.” “Who cares,” he responds. “I want to hear you talk.” Losing others is sad. Losing yourself is a tragedy.

Acted to perfection by people you probably haven’t heard of but should, Édouard is played by Rémy Girard, a mainstay of French Canadian films including “The Barbarian Invasions,” “Incendies,” and “The Decline of the American Empire.” Giving a realistic portrayal that is at once arrogant, vulnerable, confused, and poignant, his Édouard is heart-wrenching and wonderful. The inevitably of his downfall is slow, painful, occasionally funny, and always three dimensional. If this had been an American film or at least better distributed, he would have been on all the awards lists. France Castel as his wife Madeleine is hardened, vulnerable, sad, defiant and never, ultimately, unsympathetic. Julie LeBreton as Isabelle and David Boutin as Patrick give able supporting performances as conflicted adults faced with both external and internal challenges. And last, but certainly not least, is Karelle Tremblay as Bérénice. It is rare to see such a subtle transformation from resentful to empathetic but Tremblay does that and more.

Cinematographer Pierre Gill, who has provided additional photography on such films as “Dune” and “Arrival,” creates a color palette that matches the moods on screen.

This is a marvelous film that captures so much of the nuance of the tragic loss of self and its effects on others. It is thoughtful without being morose and deserves as wide an audience as possible.

Premiering via Virtual Cinema on March 4.