Young girl killed on bicycle on PCH in Redondo Beach 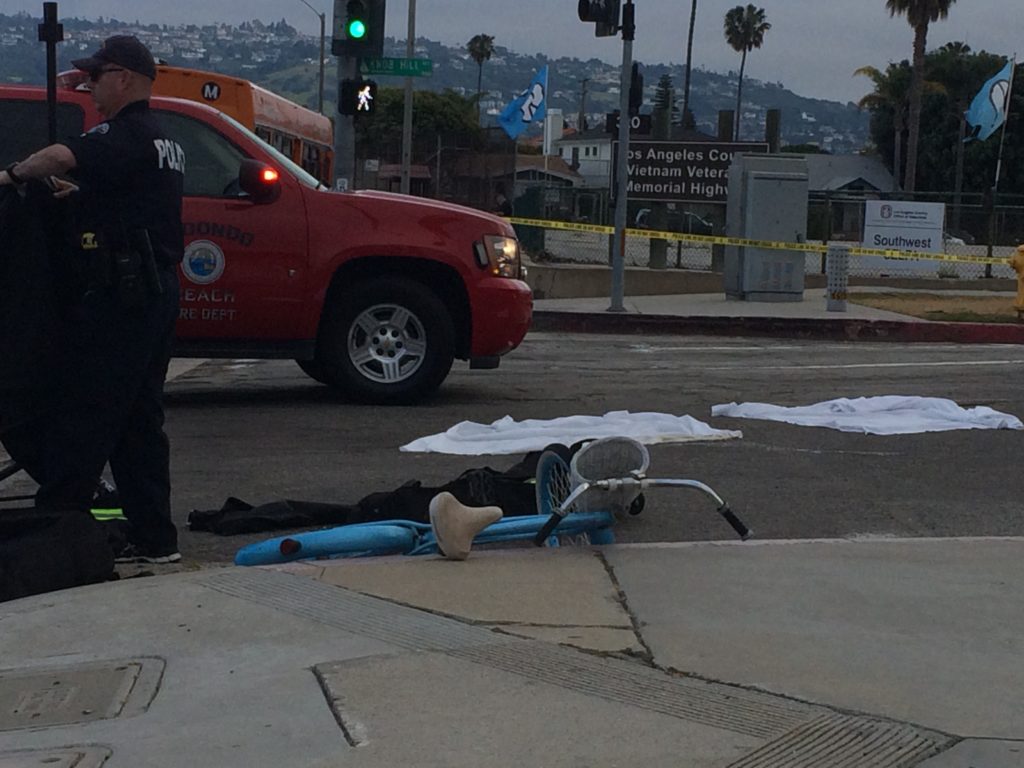 Police investigate the scene where a young girl was killed on her bicycle in Redondo Beach Friday evening. Photo by David Mendez

A young girl was killed in a traffic collision with a bus this afternoon in Redondo Beach.Police were called out to the scene of the fatal collision around 4:40 p.m.

According to Redondo Beach Police Lieutenant Shawn Freeman, police believe that an LA Metro bus headed southbound in Pacific Coast Highway had a green light approaching Knob Hill Avenue when it collided with a girl on a bicycle.

The victim, believed to be 12 to 13 years old, was pronounced dead at the scene. The incident was partially caught on video by security cameras at a nearby business. Business owner Pierre Hoffmann said that two girls appeared to be coasting on their bicycles on sidewalks near the intersection when the victim rolled into traffic. She then appeared to be struck by the bus. The other girl appeared to be unharmed.

The investigation is ongoing. Police expect roads to be closed for at least 2 to 3 more hours.