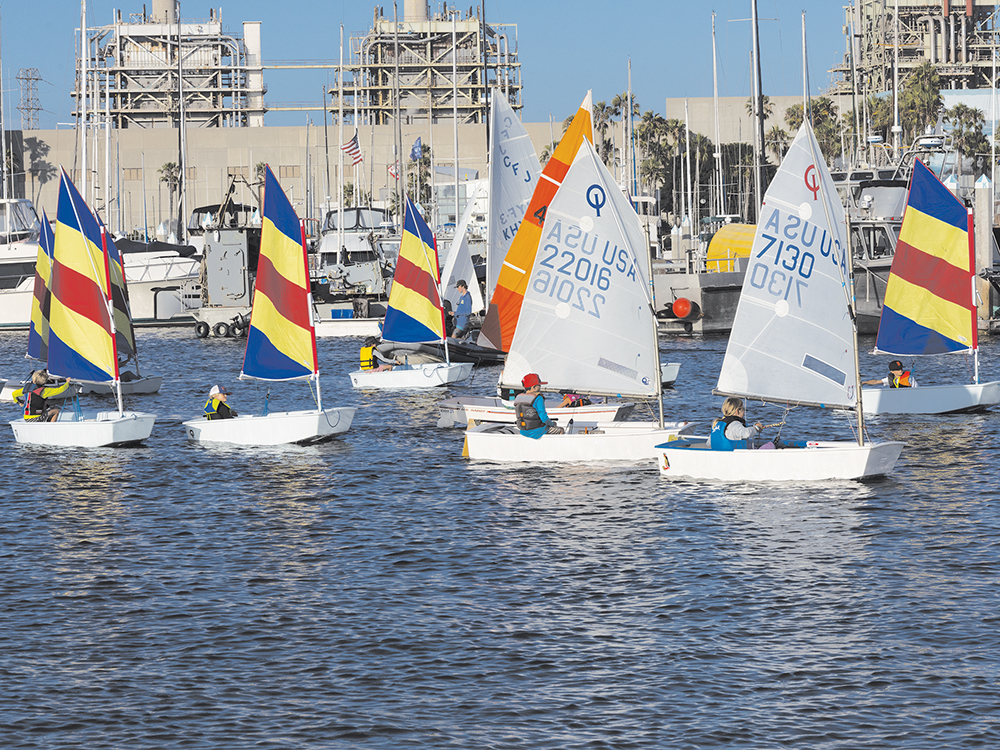 The classes, for ages 7-18, include a beginner series, which can be taken more than once; racing classes and adventure sailing (non-racing).

Each run in two-week sessions, half-day, Monday through Friday mornings out of King Harbor Yacht Club.

The kids learn on 8-foot “Opti” sailboats owned by the non-profit King Harbor Youth Foundation. This year’s class size is capped at 12.

“Hopefully it will expand to 16-18. It just depends on staff,” said O’Connor, who has already hired three college sailors to come out for the summer and teach; from New Jersey, Connecticut and Florida.

Last summer more than 180 kids took part in the program.

For 2022, all but one of the beginner classes is sold out. Adventure sailing classes still have openings.

What is the biggest challenge in teaching someone to sail?

He is from Palos Verdes, where as a freshman at Palos Verdes High School he began an effort to start a school sailing team. O’Connor graduated in 2010 and later came back to coach that team. He coached at USC from 2016-19.

“I’m happy to be running the (Redondo) program,” O’Connor said. “Nothing but good stuff is happening here and we’re likely to be growing in the years to come.” ER