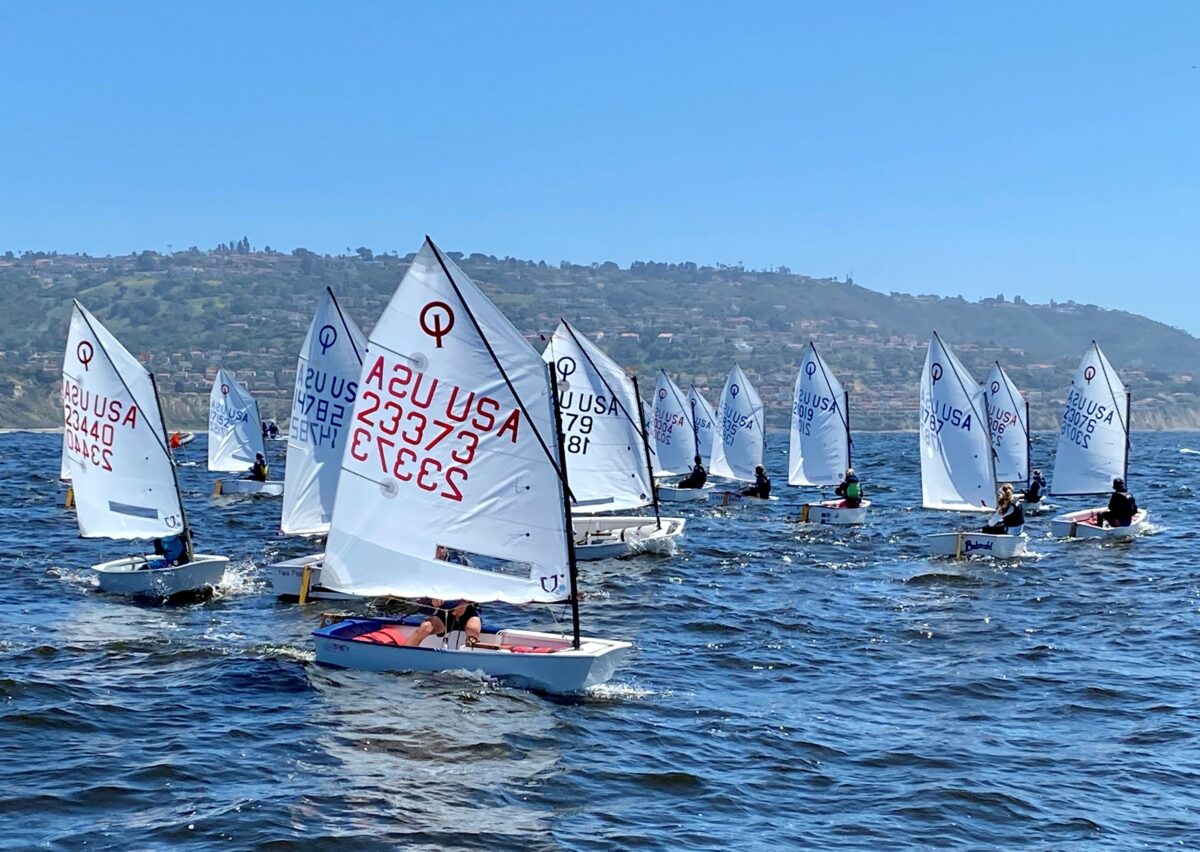 Sailors in the “Champion Fleet” line up for the start of a race April 23 in the open ocean off the Redondo Beach Pier. Photo by Linda Marland

Fifty sailors competed at King Harbor April 23-24 in the Ken Hoover Youth Regatta, the last event of a regional series.

The 26-boat “Champion Fleet” raced in the open ocean south of the Redondo Beach Pier. Inside the breakwater, 24 younger sailors competed. Each entrant commanded an “Optimist”, an 8-foot, single-sail craft, helmed by solo racer.

The Champion Fleet, on its course, tacked a half-mile upwind to circle a buoy, then sprinted in a straight shot downwind to the finish line.