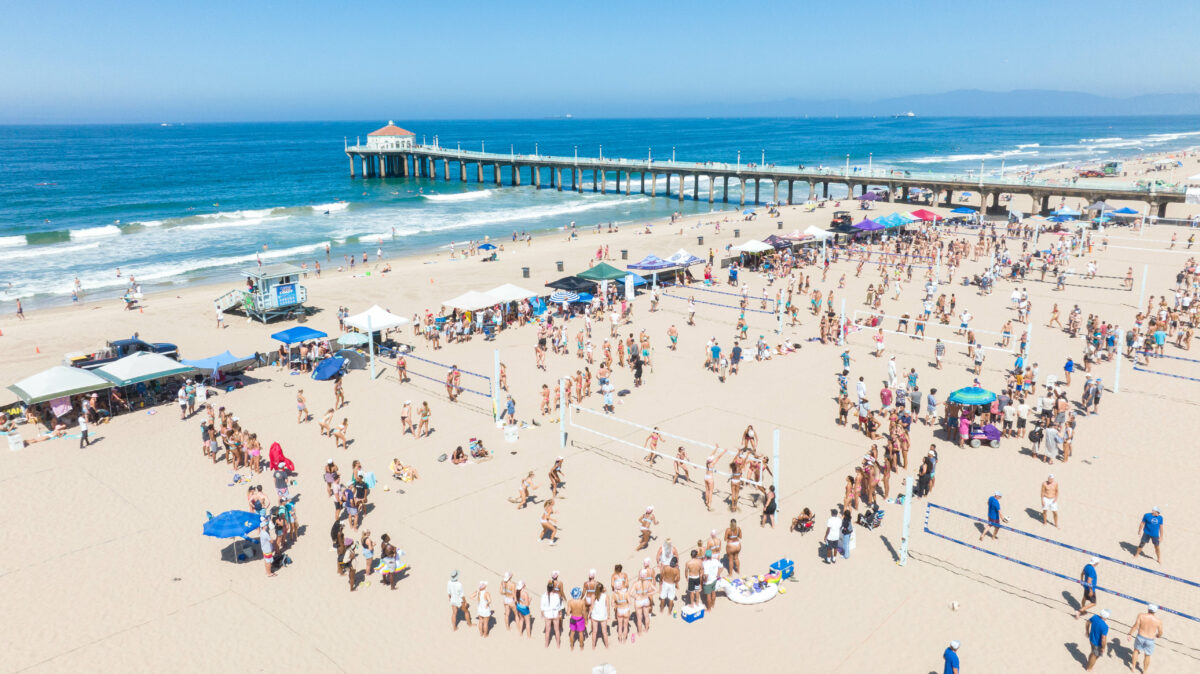 The tradition-bound Charlie Saikley 6-Man Volleyball Tournament still adheres to side-out scoring, and disallows net serves, though the AVP, FIVB and the Olympics eliminated these tension-building traditions years ago to make the game more TV friendly.

But the 6-Man tradition of playing with leather volleyballs may be coming to an end. Tournament director Charlie Saikley bought a couple hundred leather balls from Wilson 20 years ago, when the ball manufacture transitioned to synthetic balls.

This year, Saikley had just 20 leather balls left, and they have been in use for the past three years.

“This could be their last year unless I find another company to make them,” Saikley said.

A total of 94 teams competed in this 59th Annual 6-Man at the Manhattan Beach pier..

“It went very, very well,” Tournament Director Jay Saikley said. “No issues on the sand and the volleyball was at a really high level.”

Each team is allowed 10 spots on its roster.

“It’s T-shirts, medals and bragging rights. The only way to get that shirt is to win it,” Saikley said

The tournament was founded in 1962 by the late Manhattan Beach Parks and Rec director, Charlie Saikley, Jay’s father, as a diversion for people waiting for paddlers to finish the Catalina Classic paddleboard race.