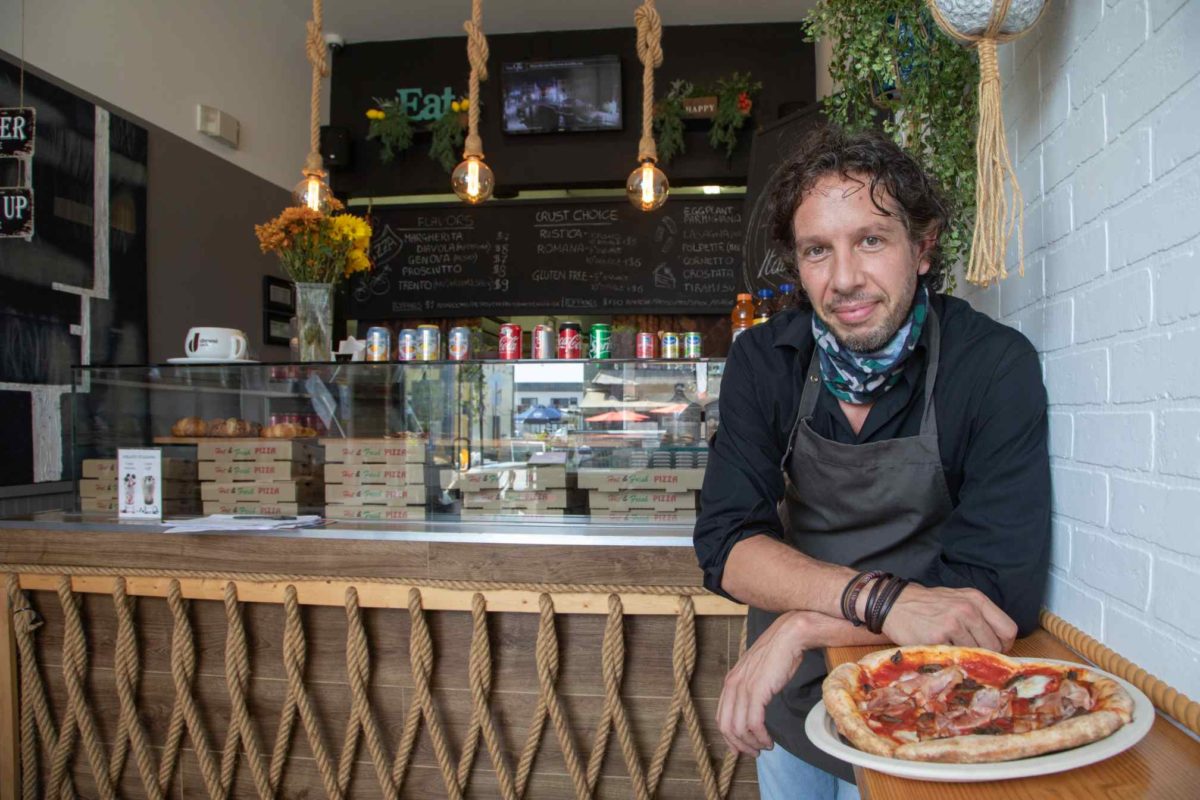 One of the odder effects of the pandemic has been to level the playing field for modest restaurants. When everybody is serving outdoors on improvised patios, the view of the beach, street-life, or in some cases a brick wall is the same as their neighbors’. People who wouldn’t have given some places a second glance now make their dining decision based on what they see on the plates coming out to the cafe tables. It must be daunting for those who remodeled their interiors in January, but it’s a win for others.

Among the beneficiaries of this is Saor Project, the tiny Italian cafe on the Hermosa Pier Plaza. If you haven’t seen it, it’s not that you’re unobservant — it’s a very small business tucked between larger ones, with an odd name that doesn’t immediately register as a restaurant. The recent addition of more tables has brought them forward so they get more street traffic, and when I dined there most recently many passers-by stopped to puzzle out the menu.

That list is short but worthy of a second look, because it represents the cuisine of an underappreciated region, the area north of Venice near the Austrian border. Seasonings  are subtle and layered, markedly different from the robust sauces of Naples and Sicily, regions that had the most emigration to the U.S.. Saor Project started as a catering operation specializing in Italian wine dinners, and they opened this little cafe as a sideline. For various reasons including the pandemic, the cafe has become their main business, led by cofounder Gianluca Zago. They opened with a limited menu consisting mainly of pizza by the slice or pie and homemade desserts, but the selection has expanded to include a variety of salads, pastas, and panini.

The thing that everybody talks about here is the pizza, but I’m going to start by mentioning some of the other items because they’re sometimes overshadowed by the crusty awesomeness. Humans can not live by pizza alone, or at the least it wouldn’t be a well-balanced diet. A salad is a good accompaniment, and the house mix of greens with buffalo mozzarella, prosciutto, walnuts, tomatoes, and both pesto and balsamic dressing is a winner. It’s a very attractive combination, tangy with a little sweetness and a lot of herbal flavor. I’m going to want to try duplicating this at home. The same dressing is offered on a Greek salad, but the flavors in this one would be hard to beat.

One of the only other starters besides a charcuterie plate is the arancini, rice balls are stuffed with peas, carrots, and cheese and then fried crisp. The price of six dollars each seems high for a small vegetarian item, but they’re labor-intensive, which is why many restaurants don’t offer them at all. When freshly made, as they are here, they’re worth it, though I think Saor would sell more if they offered a plate of three or four at a slightly discounted rate.

Another item that can be a starter or a main dish is their eggplant parmigiana, which is quite different from the standard Italian-American version. That is often an excuse to eat large amounts of mozzarella cheese with a little eggplant and tomato, while the authentic Northern Italian variety puts the vegetables front and center with a judicious amount of mozzarella and a dusting of Parmesan. It’s emblematic of the flavors here, which also extend to their pastas. They make a vegetarian pesto lasagna that takes the same aesthetic further, the five layers of noodles separated by just the pesto without mozzarella at all. The top layer has some parmesan that is crisped a bit in the cooking process, with a little more grated on top after it comes out of the oven so you get the flavor and texture of the fresh and toasted cheese. The Lasagna Bolognese with tomato and meat sauce is a little more like the variety we know, but just a little. Rather than a great splash of red sauce there are layers of ground meat cooked with tomato, but not overwhelmed by it. In both cases the noodle stack is soft yet firm, unlike the wet version that spreads all over the plate. No matter how you might enjoy that East Coast favorite, you might want to try this one.

I could go on about the other pastas, including the luscious vegetable tortellini with prosciutto that were a special one evening, but I really need to get to the pizzas. Three crusts are available: the Romana, which is risen for 72 hours, the rustica, risen for 24 hours, and a gluten-free version. I haven’t tried the GF, but the other two are superb. The Romana’s long rise gives it an exquisite sourdough flavor and big bubbles in the dough, so you get a marked crispness with a bit of soft chewiness. This process is so labor and time intensive that few restaurants are up to the challenge, and it’s a whole different pizza experience. If eating some sourdough fresh from the oven is a transporting experience for you, this is your pizza. The rustica crust is more conventional but still has more rise and flavor than you get elsewhere, and after multiple trips I still have to think each time I order. (Usually I get one of each, because that’s what I do when I can’t decide.) 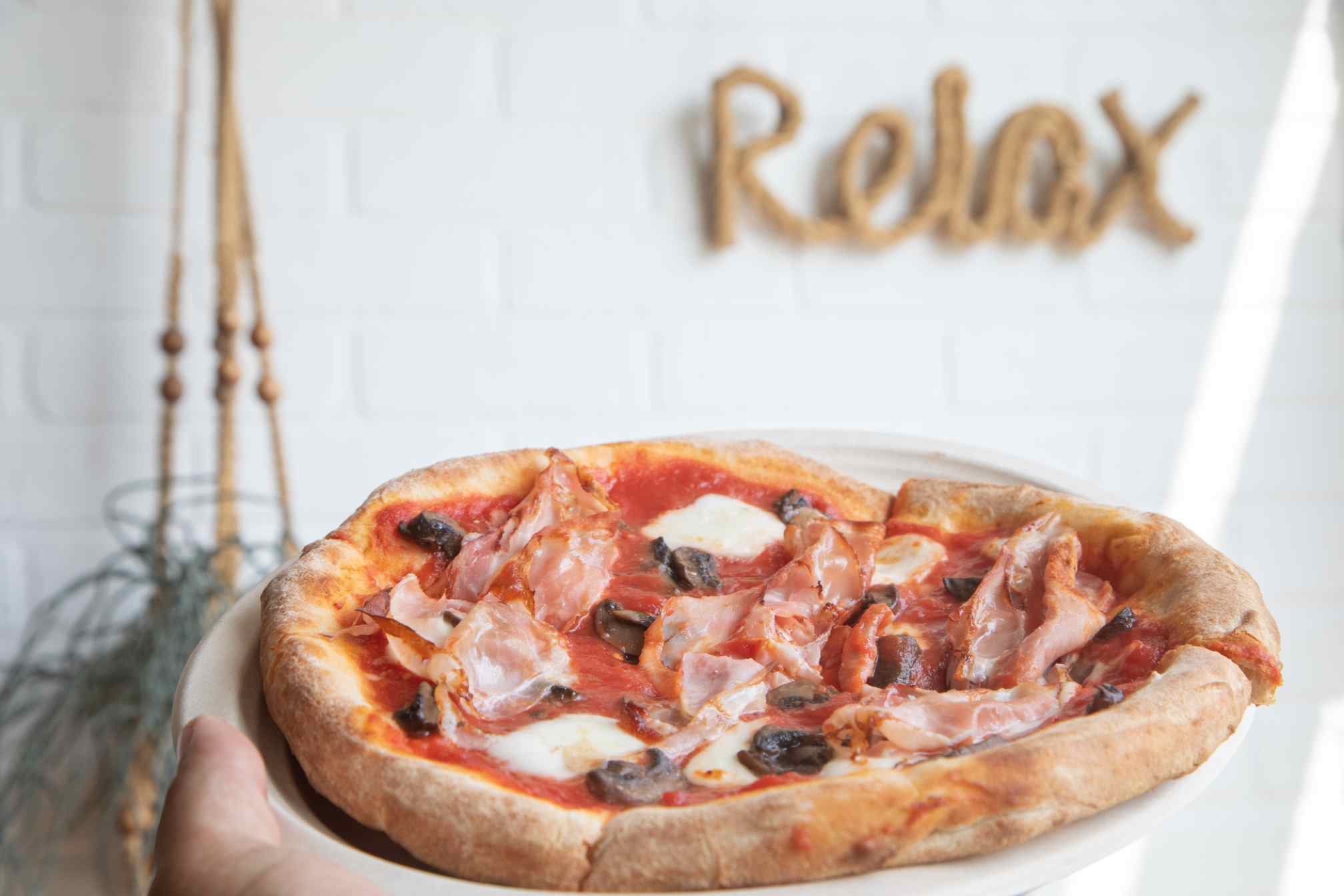 Pizzas are offered with Romana, rustica or gluten-free crusts.

The pizzas are true to Italian tradition, with less tomato and cheese so it doesn’t get soggy. Italians think Americans overload their pizzas by piling on ingredients. There are some complex combinations on the menu, though, like the Alba with ham, mushrooms, and truffle oil, and the N’duja with spicy Calabrian pork salame, cherry tomatoes, black olives, and oregano. N’duja sausage can be polarizing thanks to the funky, almost fermented flavor, and this combination of flavors shows it off very well.

To pair with your meal here you may bring your own wine or beer, or enjoy their soft drinks or strong Italian-style coffees. The coffee is a particularly good choice with their desserts, which change from day to day but always include tiramisu and a lattice-top pie called a crostata. Gianluca always recommends the tiramisu, which was invented near his home town in Treviso. It’s a rich, creamy confection that is heavy on the mascarpone cream and light on the coffee and chocolate that balance it. While it’s great with coffee I prefer the crostatas. 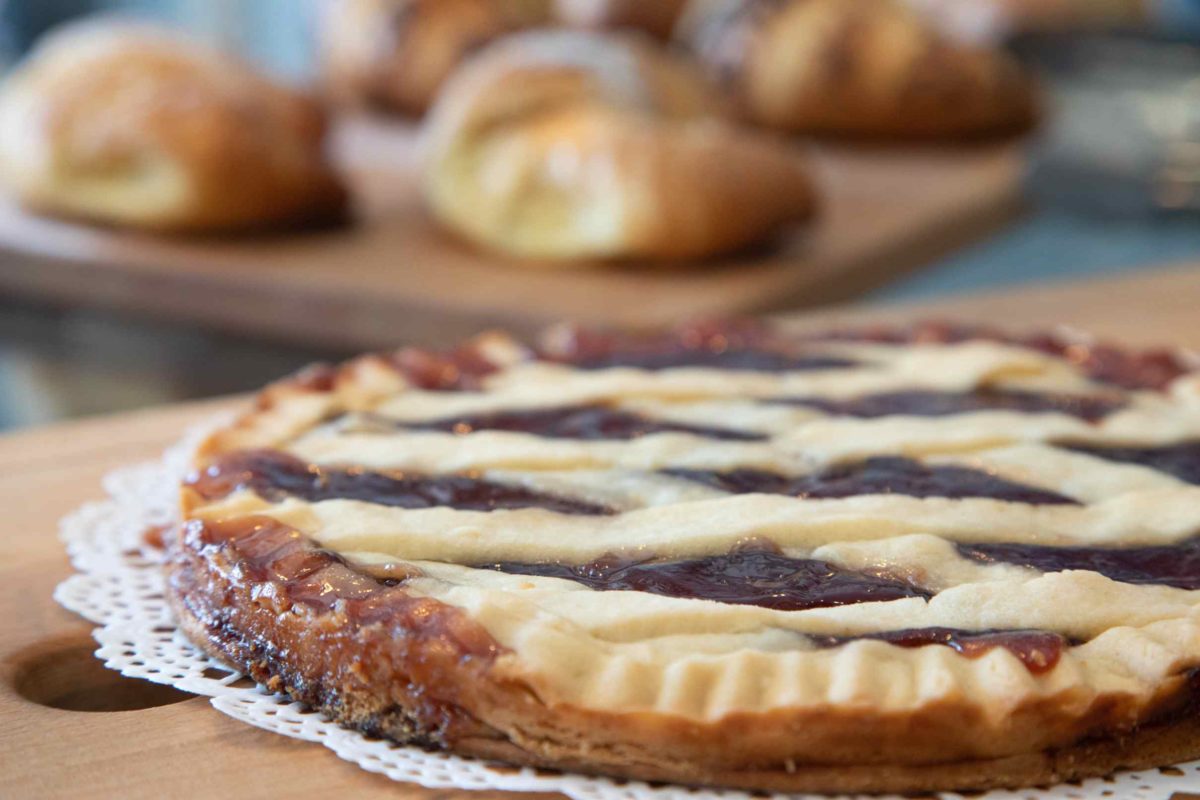 A meal at Saor Project is affordable — you can eat well for $20 per person, lavishly for $30, and enjoy friendly table service and a view of the beach and plaza street-life while you do it. This is one of the great dining deals in the South Bay, and a place of pilgrimage for those who appreciate the flavors of Northern Italy.

by Malibu Dana - 5 days ago