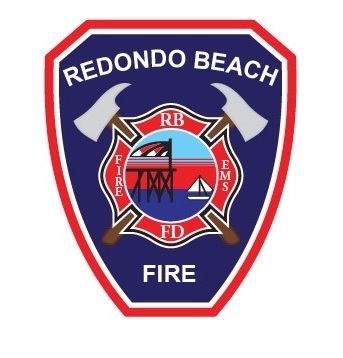 Report of a suicidal individual on the beach near Ruby Street in Redondo Beach Sept. 13 led to a search and eventual resucue of the person nearly one mile off shore.

Redondo Beach Harbor Patrol responded, along with L.A. County Lifeguards, who sent out a rescue diver for a below-surface search of the last known location of the subject.

Redondo Beach Police officers searched the immediate area on shore to see if the person had left the water.

A Coast Guard helicopter also participated in the search. Baywatch Del Rey first spotted the swimmer about 2 p.m. and pulled them from the water.

The individual was evaluated by Redondo Beach paramedics and taken to Little Company of Mary Hospital for further evaluation.

Retail cannabis sales in Redondo Beach would be taxed at a rate of between one and nine percent, under a proposal approved by the City Council Tuesday. The proposal assumes Measure E, on the October 19 ballot, fails.

The council voted 4-0 Tuesday night to direct city staff to write a final resolution for the council to approve at a later date. Councilwoman Laura Emdee was absent.

The cannabis tax will be placed on the March 7, 2023 ballot, and require voter approval to take effect.

City consultant David McPherson of HDL Companies recommended the retail rate to fall between three percent and six percent. Lower rates would apply for related activities such as cultivation, manufacturing and distribution.

The one to nine percent range would allow the city to adjust rates over time without going back to public vote. ER

$200,000 in storefront grants for International Boardwalk

The City of Redondo Beach announced a program of matching grants Tuesday night for storefront improvements on the International Boardwalk.

Funded by $200,000 from the Uplands fund, the program came out of the city’s strategic plan. Businesses are eligible to apply for 50 percent matches in three categories: $2,500, $10,000 and $50,000. The program is modeled on a previous effort on Artesia Boulevard.

Councilman Christian Horvath commended the effort but added, “You need a longer-term plan” for these city-owned spaces, rather than a “half a—ed, (I’m) sorry, approach.”

Witzansky countered that the program should stimulate added spending by the businesses, which ultimately leads to revenue for the city through more sales tax, which then can be further spent on the pier.

The storefront grants are part of a larger focus on the pier, including hiring a harbor maintenance manager, a new position created by the city. The city council will receive the final draft of the King Harbor Amenities plan Oct. 18.

“All of this is happening in parallel,” said Witzansky. ER