An afternoon with a chef and her students 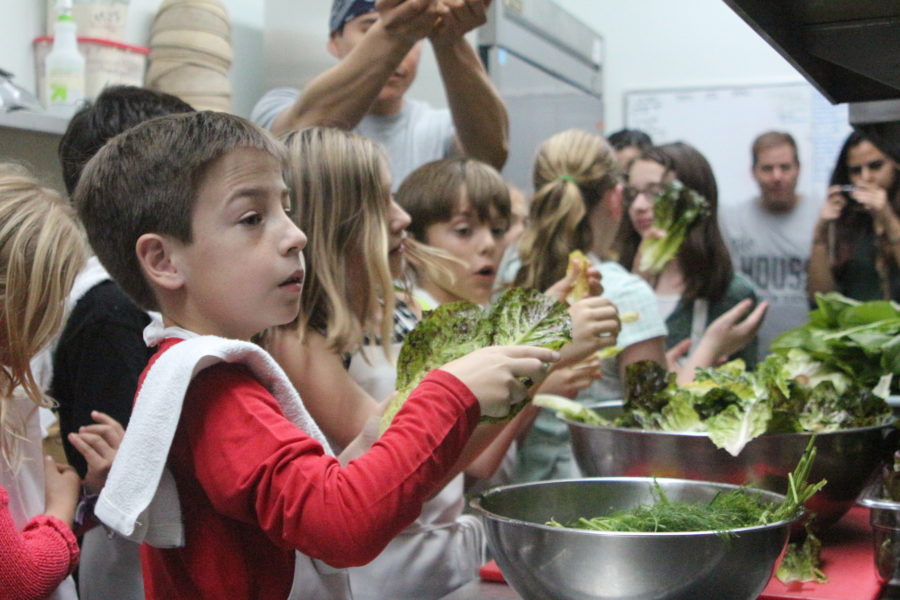 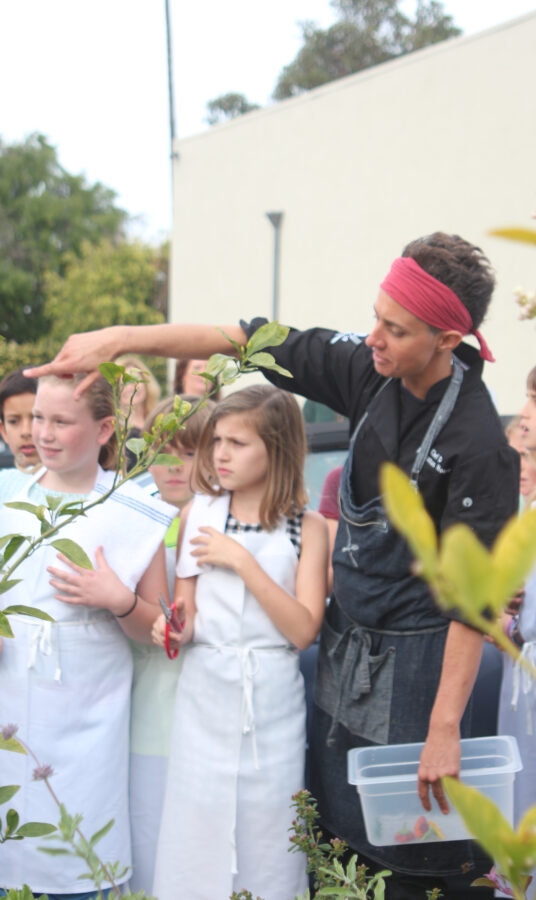 On a recent Thursday afternoon, 19 kids from Pacific Elementary School trekked to the restaurant Manhattan House on Manhattan Beach Boulevard.

They were there at the invitation of Chef Diana Stavaridis to make a salad from ingredients grown at a garden at their school and from a few plants just outside the restaurant during the business’s off-hours.

Stavaridis reached out to the local nonprofit GrowingGreat, which has gardens at all five of Manhattan Beach’s elementary schools, after becoming chef at the restaurant, which opened last summer.

Stavaridis said she did a similar program through a restaurant in Half Moon Bay, Café Gibraltar, which closed last year.

“It’s nice to do in a small community like this,” she said.

Two other Manhattan Beach schools, Pennekamp and Meadows, have visited the restaurant so far. Both groups prepared pasta. But when Stavaridis, who goes by the nickname “Chef D,” met with some Pacific students to find out what they wanted to make, she learned it was salad.

She came up with a garden salad with little gem lettuce, bacon, avocado, radish, seed cracker, cashew milk ranch and sorrel pesto made from sorrel grown at Pacific.

“Your salad has been crushing the pasta,” she told the group of fourth and fifth graders, who cheered.

The group suited up in starched white aprons, some needing an extra knot in the back to fit small bodies. Stavaridis and her colleague, Chef Mike, led them on a tour of the restaurant, taking them into the walk-in freezer and pointing out some yeast growing for bread. Then the chefs led the kids outside, past the smoker, to the side of the building, where they picked some edible flowers as cars whizzed past on the boulevard.

Once they were back inside the tight kitchen, Stavaridis showed the group the ingredients they would be working with, all of which she said were from within 30 miles. She encouraged the kids to take bites of the lettuce and sorrel. They split into two groups, one group picking the petals off the flowers and crushing the seed crackers, and the other tearing off leaves of lettuce and taking turns grinding the sorrel pesto with a mortar and pestle.

After putting the salads on plates, the kids carried their dishes, single file, into the dining room. As they began to chow down, one boy remarked that he had never had salad before. 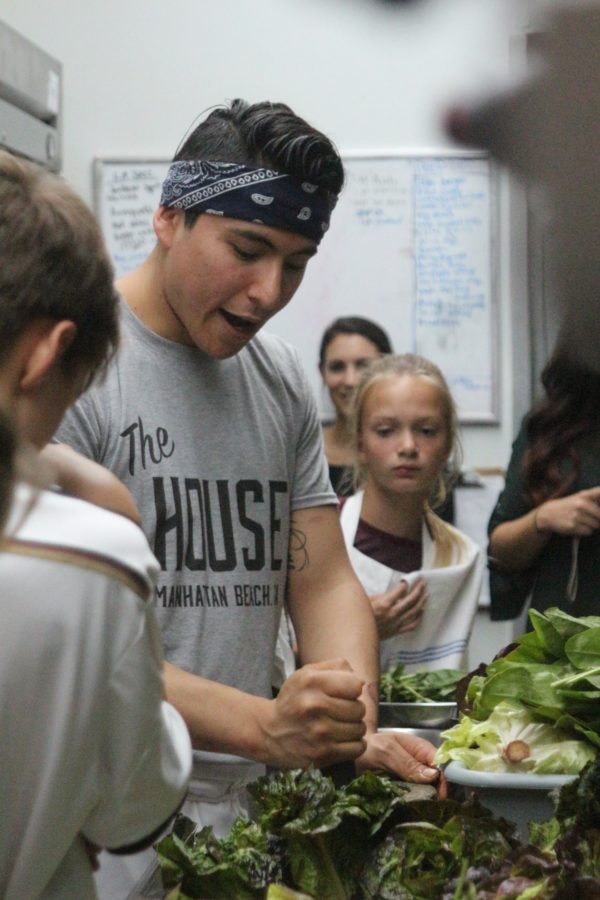 Chef Mike shows students how to grind sorrel pesto with a mortar and pestle. Photo

Much of the conversation centered on the bacon.

“He stole my bacon!” cried one boy.

“I think the only reason people are eating it is because they added a tiny bit of bacon,” said a girl.

Once they finished, bowls of orange sorbet were brought out as a reward for their good behavior.

Chef D told the group that they could come back in the next month when the restaurant was open and prepare their salad in the kitchen to serve to their family.

As the kids got ready to leave, waitstaff started to trickle in, preparing for that night’s dinner service. The chefs disappeared back into the kitchen, readying to make the salad again. ER