Aquarium of the Pacific – Our ocean and our sustainable future 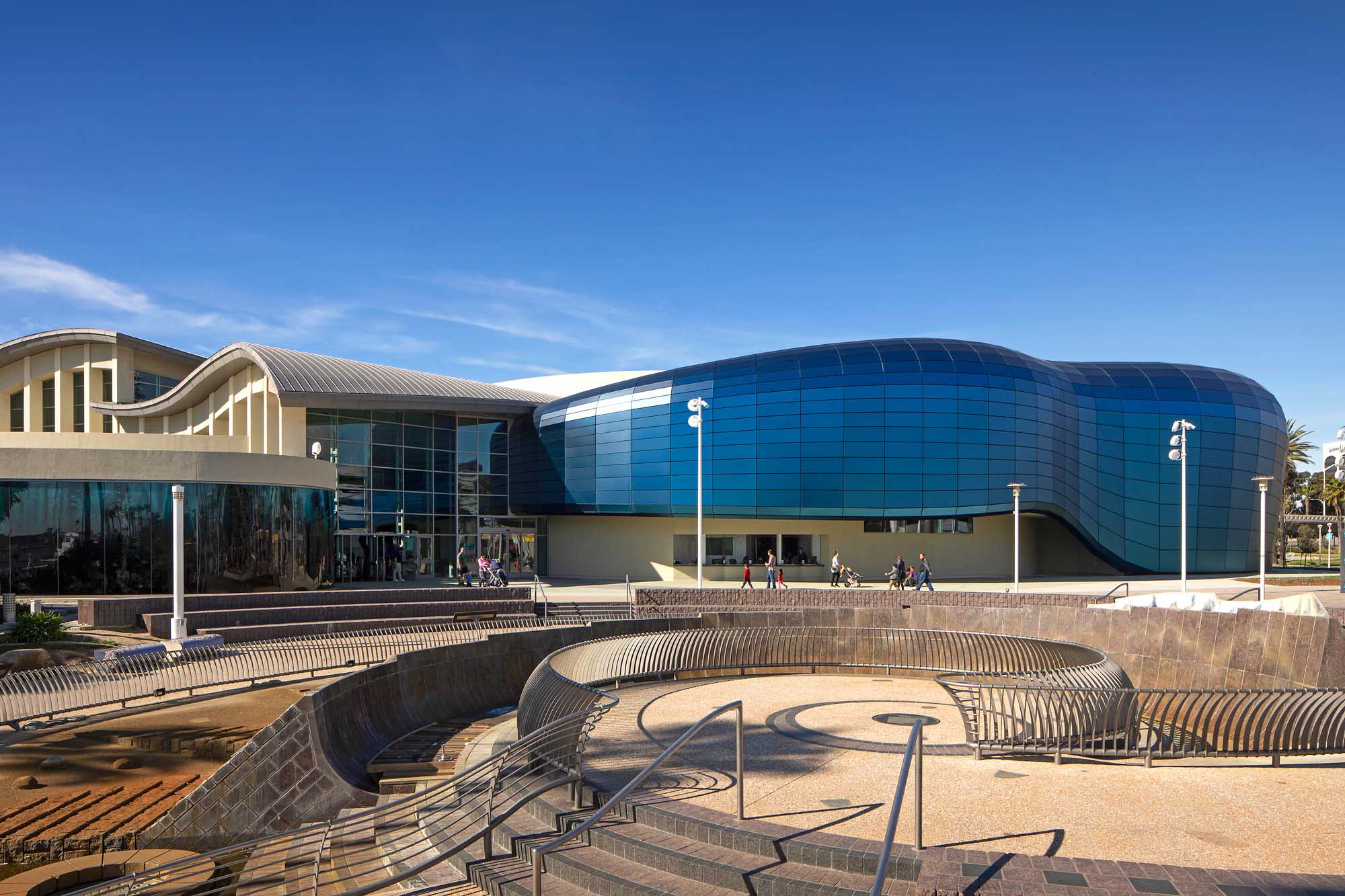 The ocean-blue Pacific Visions wing at the Aquarium of the Pacific. Photo by 2019 Tom Bonner

Aquarium of the Pacific gets bigger and better

Twenty-one years after opening, the Aquarium of the Pacific in Long Beach has just completed its first major expansion project, a new wing (or fin, in this case) called Pacific Visions. It’s a two-story, 29,000 square foot building with a blue-paneled facade and a fluid shape that’s somewhat like a violin case and somewhat like a huge dollop of seawater.

It was designed by EHDD out of San Francisco, an architectural and urban design firm whose other projects include the Monterey Bay Aquarium and the John G. Shedd Aquarium in Chicago. So clearly, EHDD knows how to swim with the fishes, so to speak.

The addition has a price tag of $53 million, including $2 million from Peninsula philanthropists Dr. Allen and Charlotte Ginsburg.  And it’s not just another set of glass tanks with more marine life. Pacific Visions provides “a platform for aquarium visitors to imagine a sustainable future that balances the needs of a rapidly growing human population with ocean stewardship and conservation of nature.” 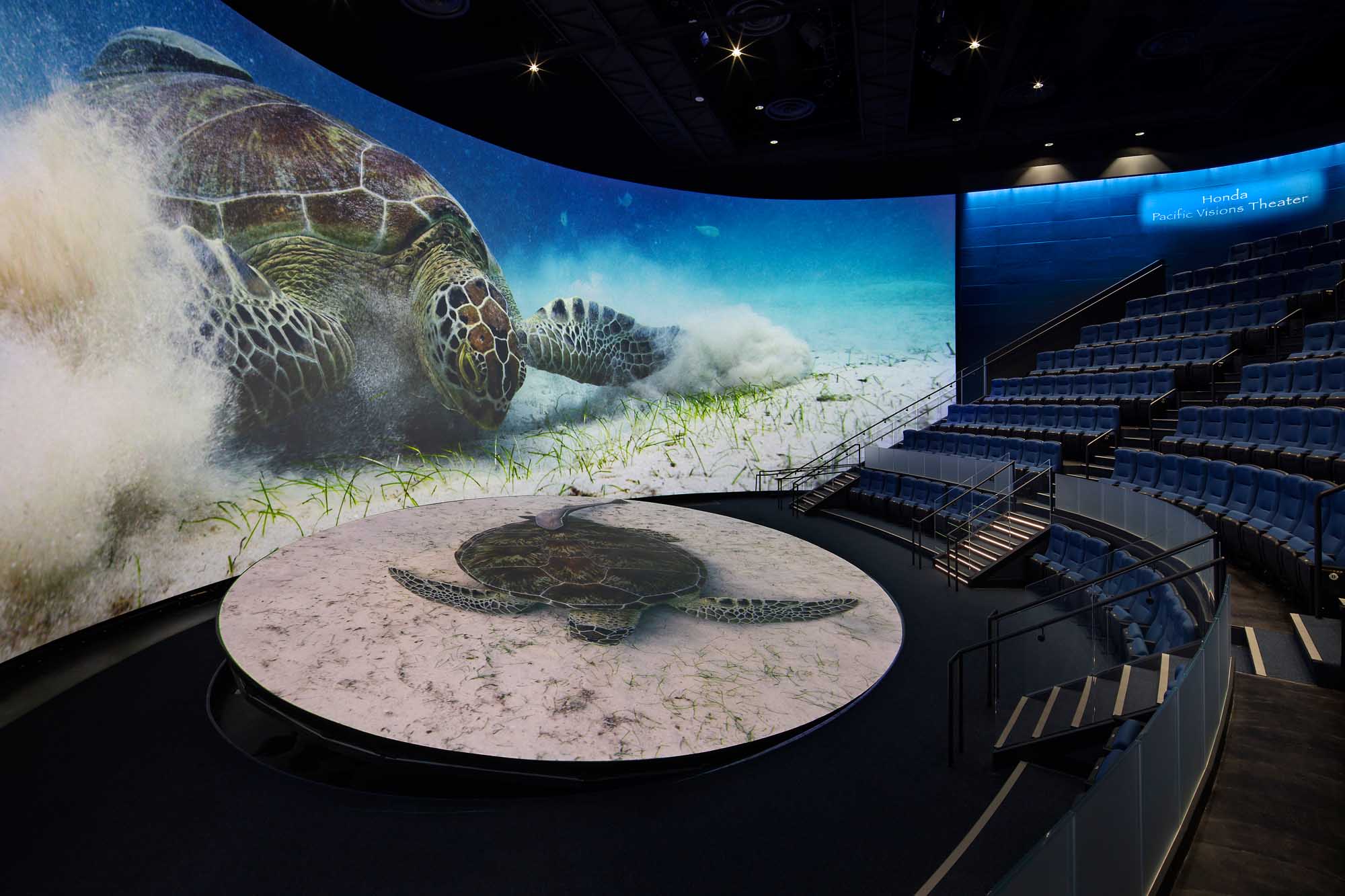 The face behind the project, the visionary behind the vision, is Dr. Jerry Schubel, president and CEO of the Aquarium of the Pacific. If anyone has been responsible for enlightening the public as to our responsibilities to the ocean and the life it contains, it’s him.

The cornerstone of Pacific Visions is the Honda Pacific Visions Theater, with stadium seating for over 300 people and a curved movie screen that’s 32 feet tall and 130 feet wide. The auditorium  is capable of producing effects, such as wind, fog, lightning, and even a rumbling in the seats that isn’t simply the guy behind you kicking your chair.

There’s also a large oval-shaped disc on the floor that can be used for images — or for dances and other live events.

An orientation gallery precedes one’s entry into the theater itself, and features a short matter-of-fact film that outlines our connection to the ocean. This is followed by an eight-minute film in the auditorium called “Designing Our Future.” I wouldn’t say it’s completely upbeat, but it’s narrated by a pretty young woman who at least puts an optimistic face on what’s ahead. 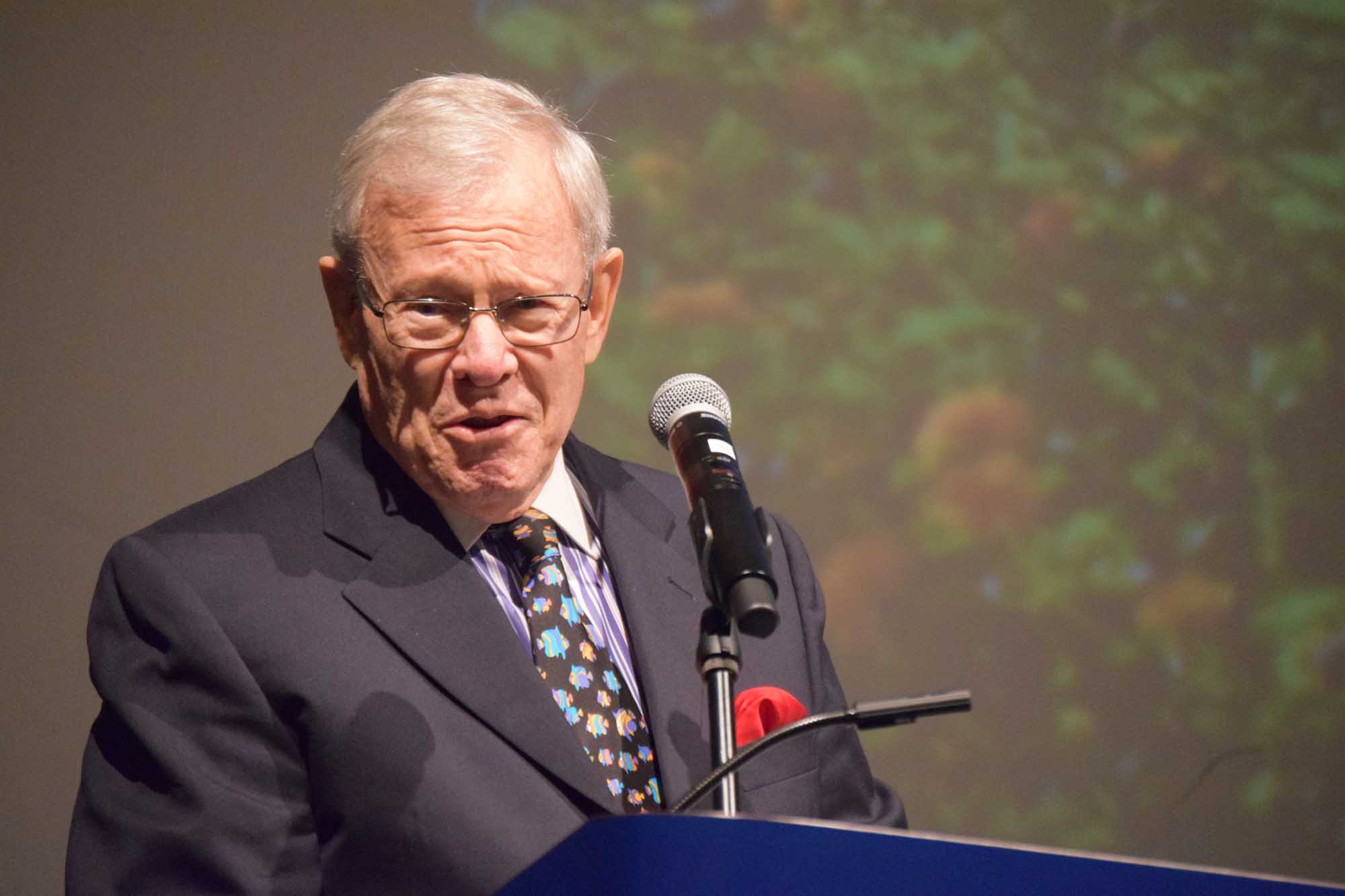 Dr. Jerry Schubel, President and CEO of the Aquarium of the Pacific. Photo by Bondo Wyszpolski

And what is it that’s ahead? On the one hand there are the creative innovations necessary to ensure a viable future for our children and grandchildren. But opposing that is climate change and, as quoted above, “a rapidly growing human population.” Currently there are about 7.7 billion of us on this planet, but by mid-century that number is expected to rise to 10 billion. The film doesn’t say it, of course, but someone needs to come in and mow the lawn, and that someone is us. What’s the good of incremental improvements (banning straws, etc.) if more and more people are being born and demanding their rights?

Nonetheless, a defeatist attitude doesn’t help matters one bit. At the top of the Pacific Visions Theater is the Culmination Gallery, and it highlights a number of interactive displays and educational games. There are also a couple of live animal exhibits, and these include delta smelt, yellowtail, Pacific and Olympic oysters. Why this particular assortment?

The delta smelt are native to the Sacramento-San Joaquin River Delta, but may now be extinct from the wild. The yellowtail are here to show us that, if correctly farmed off the Southern California coast, they could serve as a better alternative to burgers and fries: That is, if we ate them instead of Whoppers and Big Macs the environmental impact would be less. What the oysters do, especially if we had beds and mattresses of them off the coast, is filter pollutants from the water. In other words, we can work with and utilize sea life rather than simply exploit it to the point of extinction.

Pacific Visions isn’t only for our amusement, but for making every one of us aware of what’s at stake as we continue to adapt to an ever-changing world. There’s a big challenge we’re facing, and no one’s saying it’s going to be easy. 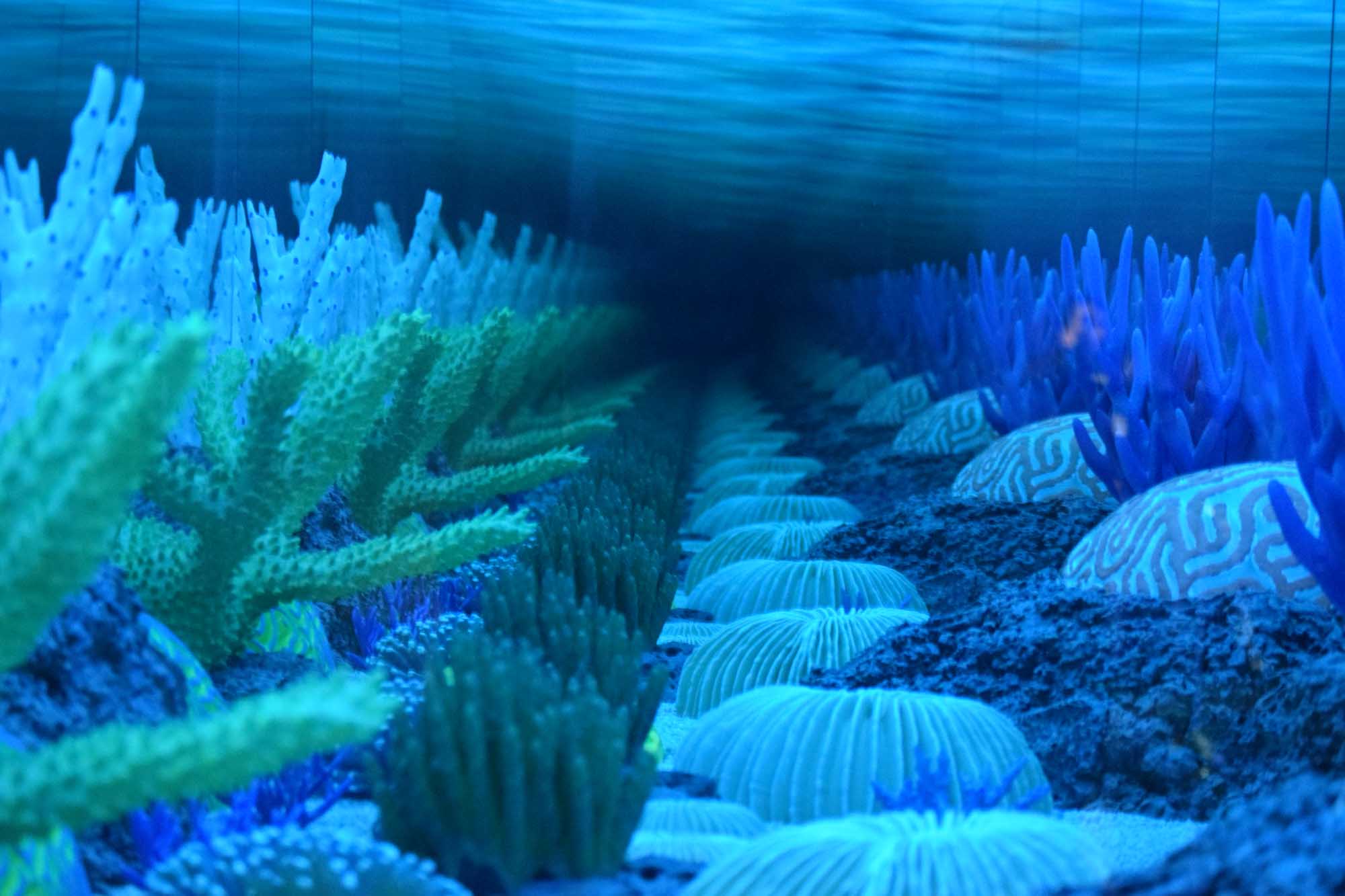 Pacific Visions opens to the public on Friday. The Aquarium of the Pacific is located at 100 Aquarium Way, Shoreline Aquatic Park, in Long Beach. For details and information, go to aquariumofpacific.org.