Art by David A. Peters featured in Manhattan Beach 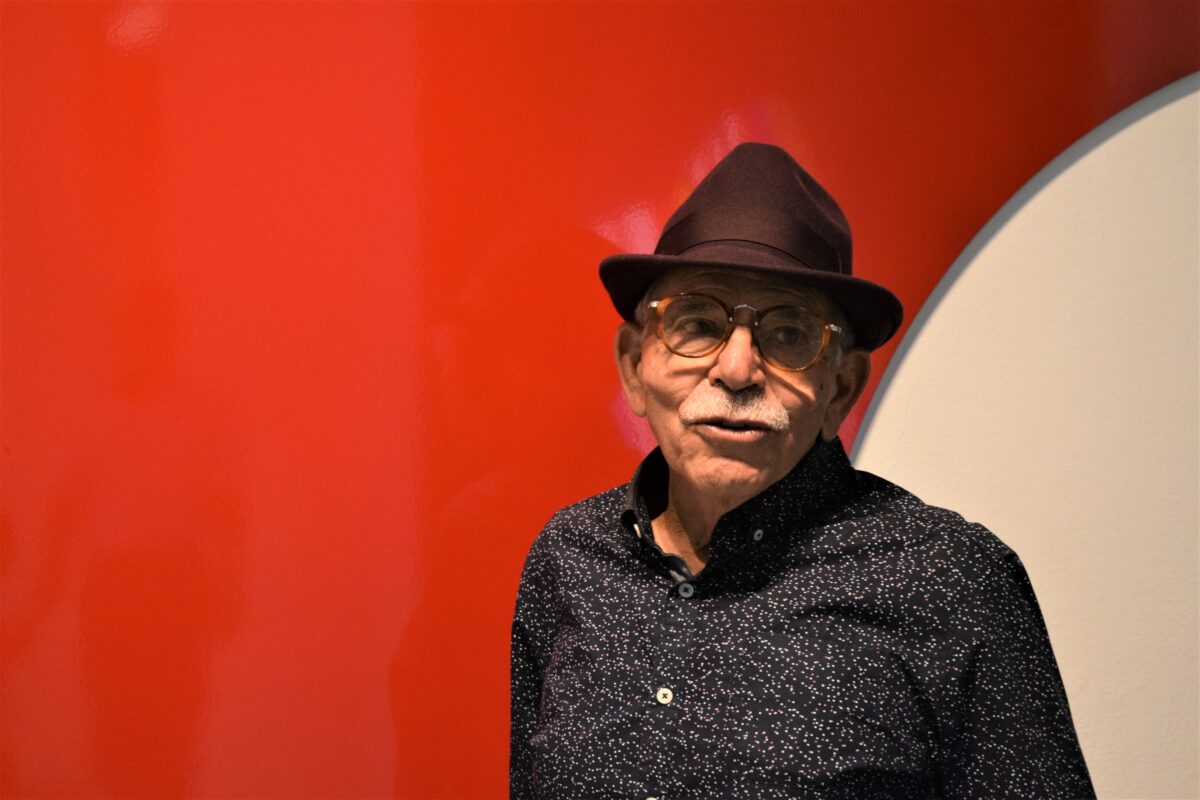 In the early spring of 2020, Time4Art’s Homeira Goldstein had an impressive lineup for the Manhattan Beach Art Center, a group show of the StudioEleven artists who’d been working with and learning from Tom Wudl in downtown L.A. Although the exhibition didn’t take place, one of the StudioEleven members—David A. Peters—is currently the focus of a solo show in the same venue. That’s good for him, of course, but it would have been nice to have brought in a few of his fellow peers who’d interacted among themselves and Wudl, in Peters’ case for 16 years.

On the other hand, “Beyond Shapes” is a concise and cohesive presentation of the visual thoughts and expressions of one individual, allowing us a chance to step into his private world of vision and meditation. Despite its minimalist, clean, uncomplicated style, the work may be a challenge for anyone expecting to see the artistic equivalent of Marvel superhero action and splashy color. The gallery, filled sparingly, is a quiet space, subdued, more akin to the Rothko Chapel in Houston than to a Friday night football game at Mira Costa High School. Some of Peters’ references and influences include Ellsworth Kelly, Louise Bourgeois, Josef Albers, and Hilma af Klint. And Klint, in case you’re wondering, is a long way from Klimt. 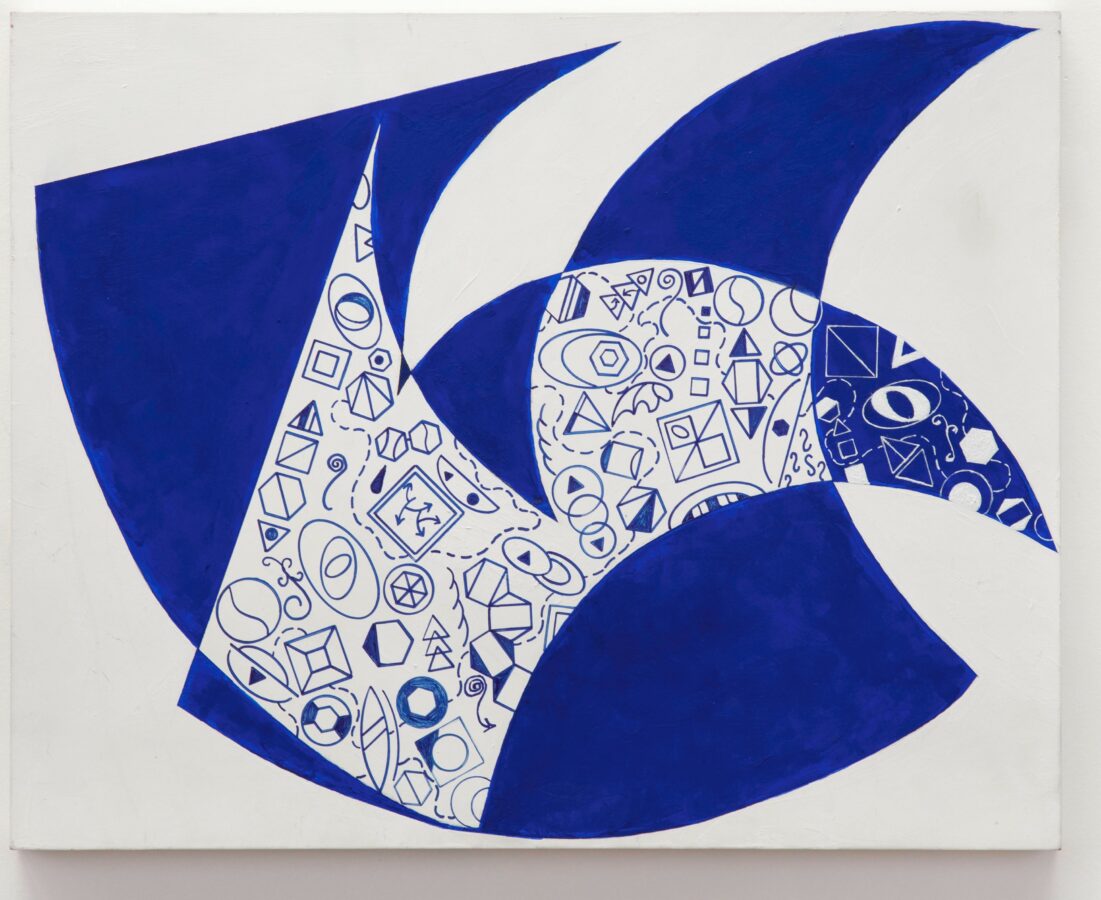 David Peters has been a Manhattan Beach resident for over half a century, and he’s lived in his home on the Strand for some 30-odd years. One can almost reach out and touch the pedestrians and the bicyclists as they pass by.

More often than not, if we step into a gallery and strike up a conversation with the artists, we’ll learn about their forays into art as soon as they jumped out of high school: various art courses and maybe working in retail while schlepping their work from one community gallery to another. In Peters’ case, he partnered with his best friend from high school and formed a real estate investment and development company. It’s still in business, 44 years later.

Perhaps, then, there wasn’t such an urgency, a do-or-die sense of making art that a younger, less resourceful person might have felt, because Peters’ work doesn’t seem rushed or impatient to make a big statement. And when the invitation came for a solo show, his very first, in fact, it doesn’t appear he instantly lunged at the opportunity.

But once he said yes, Homeira came to his Inglewood studio on two occasions so they could go through his work together, and so she could select what she wanted in the exhibition. As usual, there were logistics to solve, and a couple of things needed to be completed. “Then I spent the next two-and-a-half months, partially in panic,” Peters says, “trying to figure out how I was going to do it. That’s how it started.” 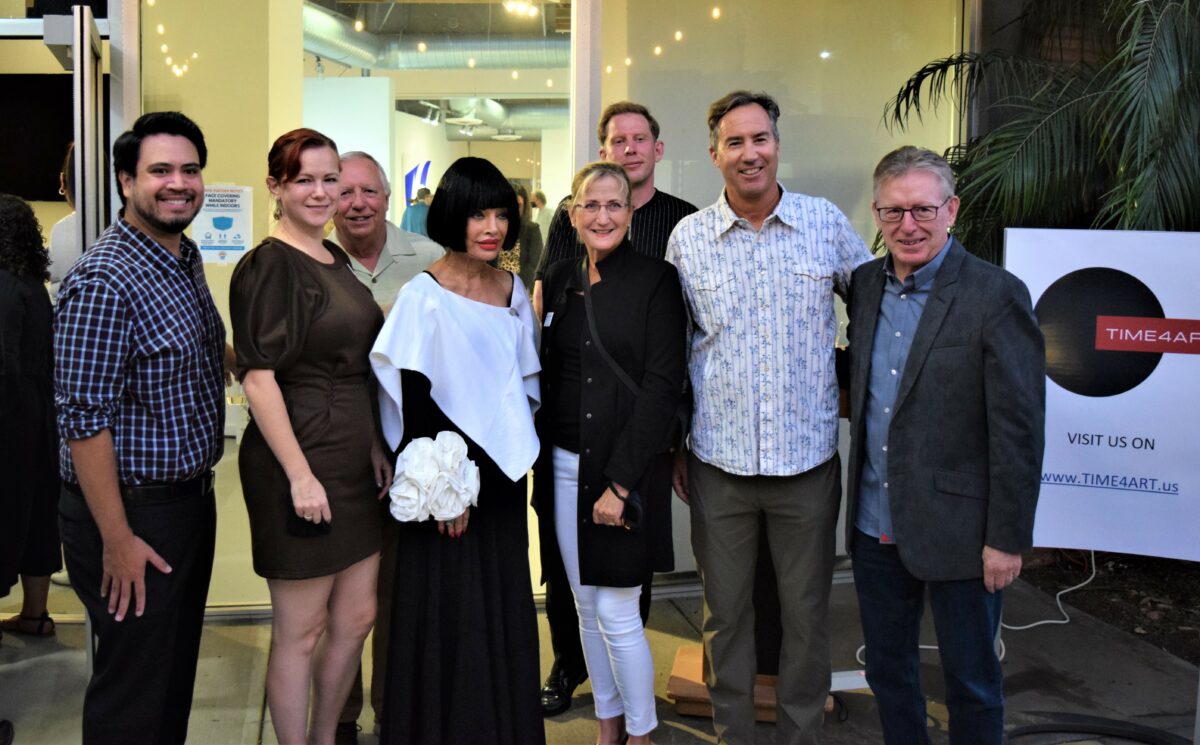 Many of the works in the show are large, but they began much, much smaller.
“I started with hand drawings that were six inches by eight inches,” Peters explains. “I wanted to have pieces that would be good meditation pieces. The concept came from seeing some pieces from India where the people would go and get found paper, old paper, and they would put images on them, and then put them in their rooms where they meditate.”

Peters, intrigued by these, asked himself, “What if I make up my own shapes? I was doing typical ovals and triangles and squares, circles and all that, which were great and I loved doing it, but I wanted to create my own symbols.” Which he proceeded to do. 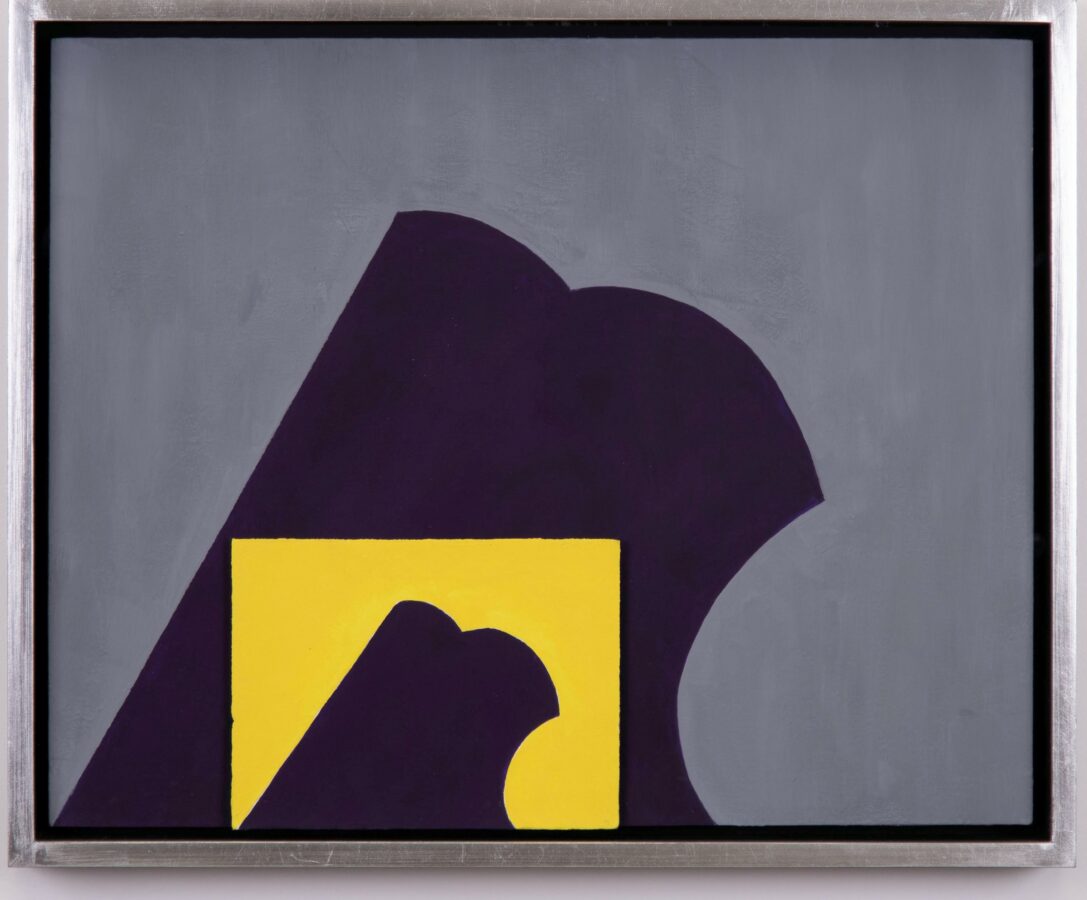 Having done so, Peters thought, “I wonder if they would still resonate as spiritual if I made them 16 by 20?” He did, and they did too. In the eyes of this outsider, that seems to be how Peters proceeds, by taking a step, pondering it or analyzing it, then taking another step, and in this case he ended up with pieces that were six feet by seven and a half feet. It’s time-consuming, he says, but he adds that it’s meditative at the same time.

As for the shapes, designs, forms, however one wants to describe them, they largely emerged as doodles from Peters’ subconscious. The mind can be like a big cookie jar. Sometimes we reach in, selecting what we want; and other times the cookies come floating up, placing themselves in our hands. “I started looking at things that I’d drawn while I was talking on the phone or whatever it was.” That’s not to say that each doodle was a gift from the heavens. For every image that seemed useful, Peters says there may have been 10 others he threw out. “But that’s part of what you do.”

While some artists are fixated on a set goal, this doesn’t seem to be the case when Peters is working. He has said that his art isn’t about the result, so I’m thinking for him it’s more about the journey, the stopping-and-investigating rather than setting a specific goal. 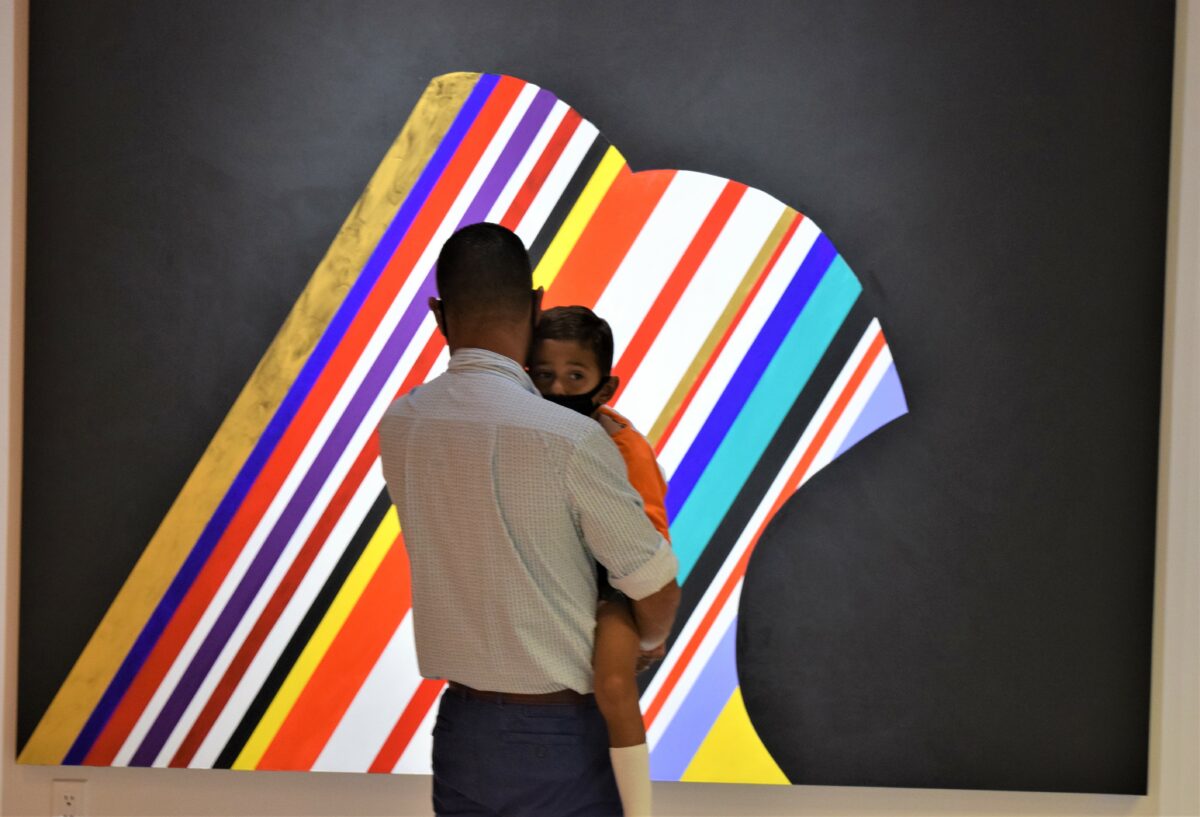 One looks, one looks away. Artwork by David Peters. Photo by Bondo Wyszpolski

“I don’t start out and say, It’s going to look like the ocean or a house or a person. I just start out kind of exploring, starting here and thinking I’m going there, but I can end up over here. And that’s part of what I really enjoy. There’s a lot of feeling in it.”

Letting his ideas emerge from his unconscious, “that’s the fun part about being an artist,” Peters says, and he warns against letting others define or dictate what you should do.

Take his exploration of what he calls negative space, for example. Someone could easily try and discourage him. But these canvases, some of them metal, located in the final gallery, are interesting because the activity, as such, is at the edges. In the center there’s a void, a vacuum, or simply empty space, if you will. As I write this, I think of photos that show a shark’s open mouth, a full circle of sharp teeth. And in the center? Perhaps we are free to enliven it with whatever our imagination can conjure up. 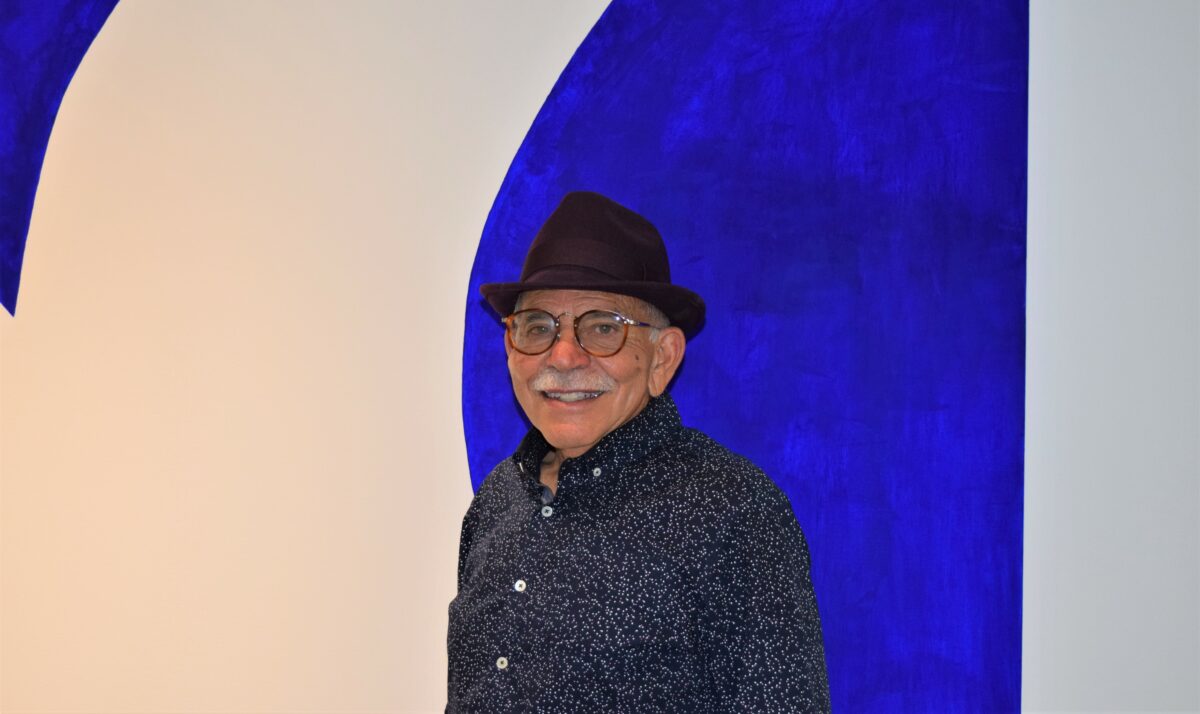 While usually the purpose of selling art is to reap the deserved financial rewards, a validation as good as any for one’s creativity and hard work, this isn’t completely true where Peters is concerned. If it were, he wouldn’t be turning around and donating 75 percent of each sale to charity. Of course it’s not just any charity, but rather local ones, and in each instance an organization that he’s been involved with in one capacity or another. There’s the Richstone Family Center (Peters has been helping them for 30 years), the Jimmy Miller Memorial Foundation (started 15 or 16 years ago by Peters with Miller’s family), and Time4Art, which supports various artists and last year highlighted Simon Ouwerkerk, whose pen-and-ink drawings would have stood out nicely alongside Peters’ work.

About his exhibition now on view, Peters says, “It was exciting doing that show, and I loved it; but I’m not sure I like being the center of attention. Don’t misunderstand me, I loved that night. There were a lot of friends there, and family.” 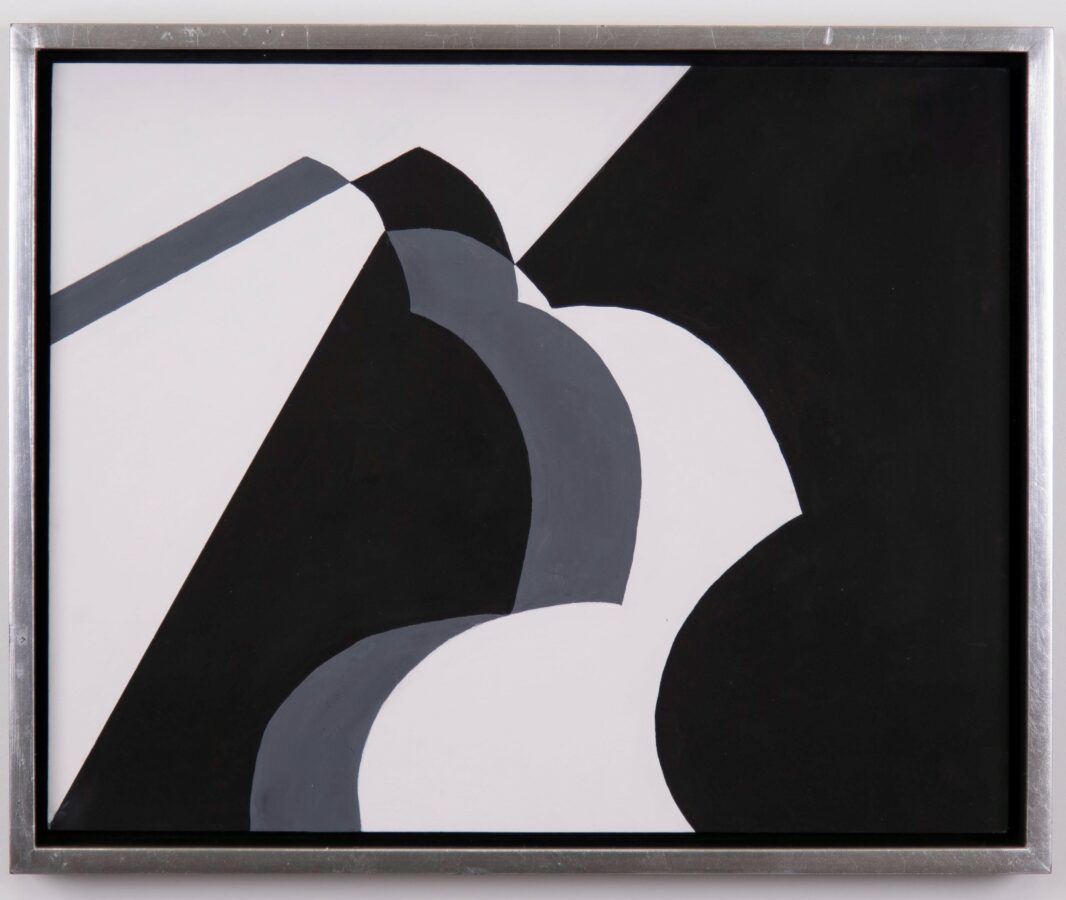 The opening reception was well attended, and for many of those who came by it may have been their first venture into an art gallery since spring of last year. And, as usual, Homeira Goldstein is just one of a handful of people who continue to keep art viable and visible in the South Bay.