Forty athletes from Mira Costa and Redondo were honored as All-Bay League selections for the 2009-10 winter season including four players selected as the best in the league. 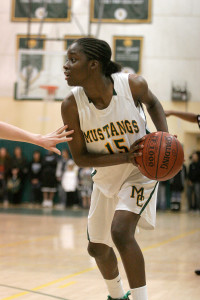 Mira Costa’s girls basketball team won its third consecutive Bay League crown behind the play of Bay League MVP Jasmine Rutledge. The senior averaged 13.4 points and 11.3 rebounds per games while leading the Mustangs to an undefeated league season and a 22-8 overall record after reaching the quarterfinals in CIF Division 1A. Joining Rutledge on the all-league first team were teammates Kylie Nakamine and Jordyn Priestley.

Playing without a senior on the roster, a young Redondo team tied for second place with Palos Verdes with 7-3 records. Sophomore Riki Murakami and junior Ella Mason earned first team honors for the Sea Hawks.

In boys soccer, Mira Costa’s Kevin Kaplan was voted the Bay League’s Defensive Player of the Year while leading the Mustangs to a second-place league finish behind West with a 7-2-1 record. Mira Costa advanced to the second round of the CIF Division 1 playoffs.

Michael Lunny earned first-team honors for Redondo after the Sea Hawks finished fifth in the league with a 2-7 record. Second team selections from Redondo were Sergio Bazan and Joseph Solares. 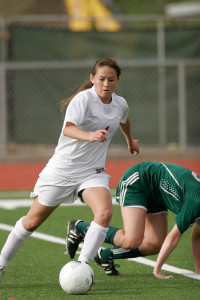 In girls soccer, Bay runner-up Redondo was led by Jazmin Ponce who was voted the league’s Most Valuable Offensive Player.

Ponce scored 14 goals and had six assists while leading the Sea Hawks to a 6-2 league and 10-5 overall record.

Mira Costa’s girls soccer team was third in Bay League competition with a 4-2-1 record finishing the season with a 13-4-1 record.

Annie Curry and Chelsea Strange were first-team selections for the Mustangs while Kelsey Braunecker and Nicole Rosen, made the second team.

In the pool, Mira Costa’s Laura Milstead was named the Bay League’s Most Outstanding Player in girls water polo, leading the Mustangs to a 6-8 record.