Cash in the barrell: Cash Cherry gave up his Rubik’s Cube for a surfboard 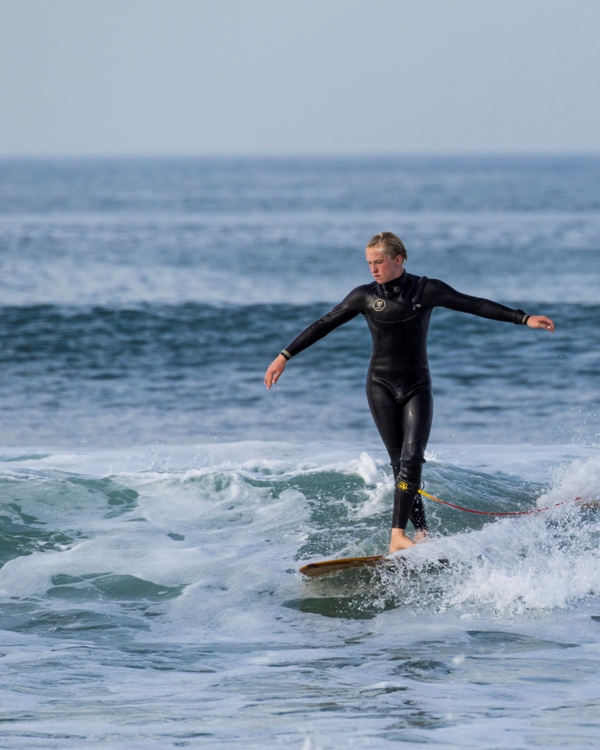 Cash in the barrell

Cash Cherry gave up his Rubik’s Cube for a surfboard. Now he’s applying his problem solving skills to competitive surfing and shaping boards

Cash Cherry may sound like a nickname. It’s not.

“We named him Cash because we always pay in cash,” said his mom Hillary said. “Plus, after one look at him, we knew he was destined to make serious money. But we didn’t know it would be in surfing.”

Both mom and dad Bill received PhDs from Cal Berkeley. Cash could be going to college right now instead of being an 8th grade student at Manhattan Beach Middle School.

“We want him to surf and have fun,” said his dad, Bill.

Cash and his older brother Beck live on the Strand at 39th Street in El Porto. 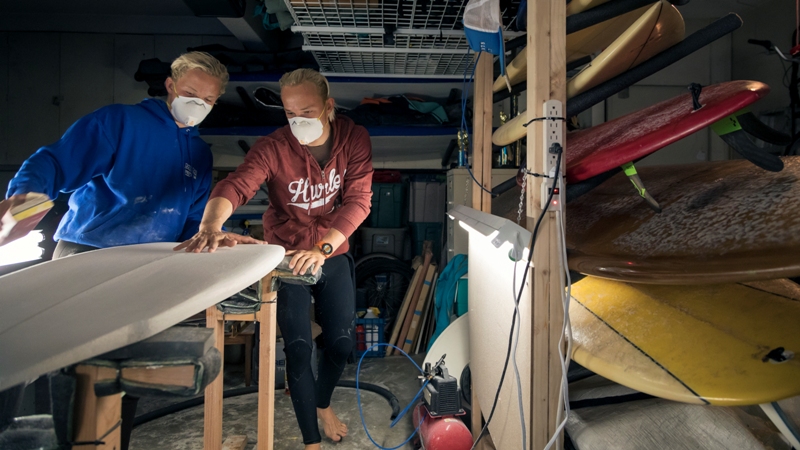 Cash and Beck Cherry in their shaping Bay. photo by Jeff Berting

“When Cash was small he just sat on the beach reading or playing with his Rubik’s Cube while I was teaching his older brother Beck to surf,” his dad said.

“Yeah. I was a nerd before nerds were cool,” Cash acknowledged.

When he turned 10 he gave up the nerd persona and took to the water on a 9-foot-2 BZ Soft Top. Junior Lifeguards hooked him on surfing. He rides long and short boards but the talented goofy-footer (right foot forward) appears to prefer nose riding in the tube on his 9-foot Dan Cobley single fin.

“It’s my oldest and my favorite board even though I had to re-glass the deck,” he said.

Cash also has a 5-foot-9 he likes to play with that he designed on his computer and had shaped at Shapers Supply. “They cut it out and rough shaped it to my specifications. I fine sanded it and had Mangiagli Surfboards in Hermosa glass it.”

Since then Cash has shaped half a dozen longboards and shortboards. He calls the shortboards Grovelers because they are short, fat and fun in groveling waves. 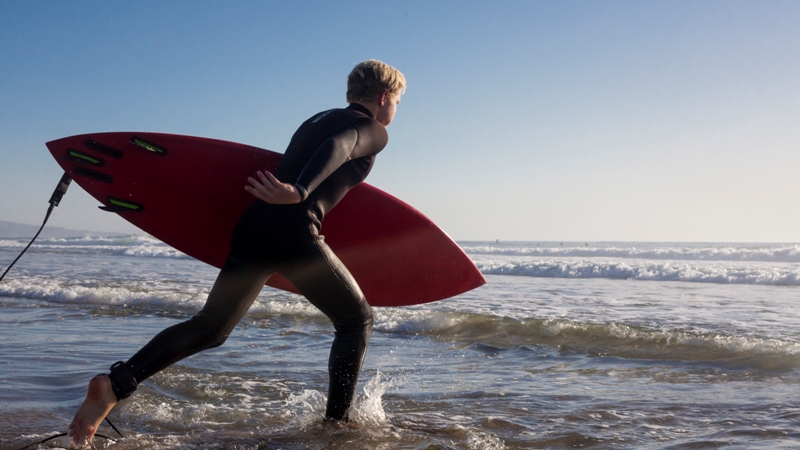 6’9″ x 20.75″ x 2.75″
This mini gun was shaped to ride hollow, faster waves like a ‘70s single fin, but still have the ability to drive off the bottom like a thruster. It starts with a vee in the nose to split chop and wind, then goes into a wide area with a single concave for planing speed, then narrows into a pintail with single concave for tight radius turns. The rails are 50-50 into hard rails in the tail. The board has a thruster fin setup with flex set far back so it holds in steep faces and can project around sections. photo by Jeff Berting

Cash started surfing in South Bay Boardriders contests when he turned 12. That experience helped him win the Western Surfing Association Junior Long board division in Huntington last year. He practices every day and credits much of his success to former lifeguard Kip Jerger for taking him and his friend Phillip under his wing, especially during large surf.

In March, he placed 6th in the NSSA State Middle School Longboarding Championships at Cardiff, surfing for the MBMS team.

A year ago, Cash was surfing 8-foot waves just South of the El Porto Jetty when he wiped out. As he skipped down the face his board struck him, tearing a chunk out of his forearm. Off duty lifeguard Tom Seth rushed Cash to an emergency clinic to be sewn up.

In class the following day, his arm began to throb. Fortunately, he was sitting next to Perry Nathan who whipped out her cell phone, snapped a photo, and sent it off to her father, Dr. Ross Nathan, a surgeon at the Hand and Wrist Center in Long Beach. Dr. Nathan texted back, “Get Cash to the hospital now.” A red line was growing out of the wound and moving up his arm. Cash had the flesh eating bacteria necrotizing fasciitis in his wound. He spent the next two days in the hospital being pumped full of antibiotics.

Cash has traveled to Mexico a few times and gotten good waves at K-38 and Gaviotas. He went to Hawaii and stayed at North Shore’s Turtle Bay Hilton but the swell was huge. “It was way too big for me, so we rode some of the lesser known spots around the island and had fun,” he said. When it comes to Southern California surfing Cash loves the long rights at Ventura’s California Street and County Line.

“We really push each other, like we are surfing in a contest final,” he said.

Cash plays the viola and classical guitar and composes music in his spare time, but he is the happiest when surfing with his father Bill and brother Beck.