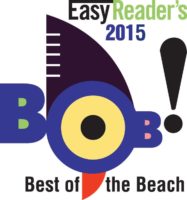 The award for teppanyaki goes to the restaurant that brought it to America. Teppanyaki – literally, food cooked on an iron grill – was invented in the 1940’s but wasn’t very popular among Japanese. Foreigners visiting the country loved it and when the first

opened in New York in 1964 it was an immediate hit. Chefs at Benihana developed some of the tricks that became part of this theatrical cuisine, which can include juggling knives while cooking. It’s a great show that makes a tasty meal and performances are at every table. — RF