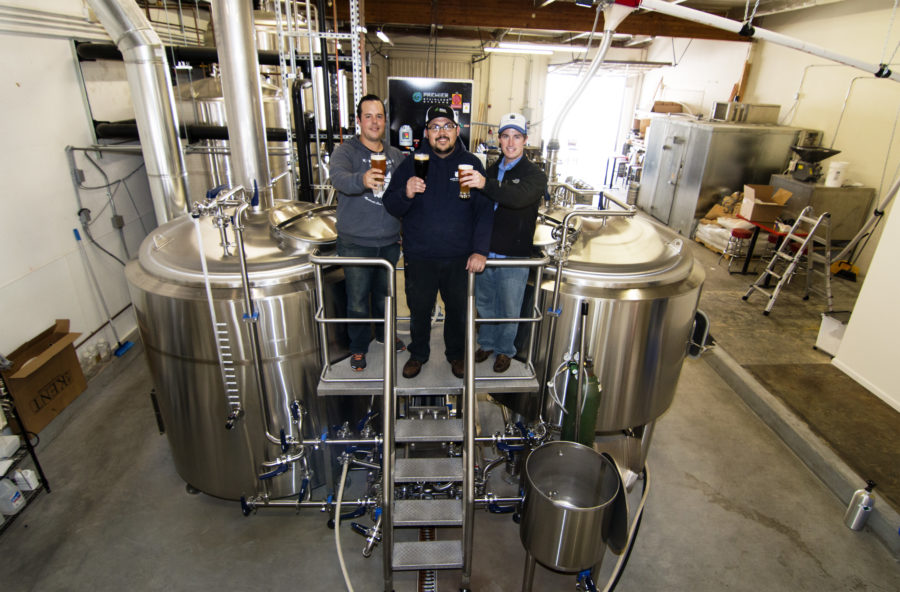 After finishing runner up to the Strand Brewing Co. in their first year of existence last year, King Harbor Brewing Co unseated the four time consecutive winner. Redondo Beach’s only brewery stoked both the beer connoisseurs and casual beer drinkers with their IPA, the versatile pale ale “The Quest” (interchangeable with different hops throughout the year), “Swirly,” a brown ale with a hint of coffee that creates the taste of a soft serve chocolate and vanilla ice cream cone and “Cerveza Hermosa,” a Mexican style amber lager.
“We thought, ‘How can we make kickass beer, but one that doesn’t have to have to be super high in ABV [alcohol by volume]?” Founder Tom Dunbabin said. “We wanted 4.5 to 6 percent rating, so you could enjoy dinner and have four or five pints and still get home on a beach cruiser…I mean, it’s cool, but if I drink a 9 percent stout, I’m toast….We wanted a beer you could put in a coffee cup and ride your bike to the pier, something that fits our South Bay lifestyle, thank you South Bay!”
Tasting Room, 2907 182nd St, Redondo Beach. Waterfront, 132 International Boardwalk, Redondo Beach. KingHarborBrewing.com.