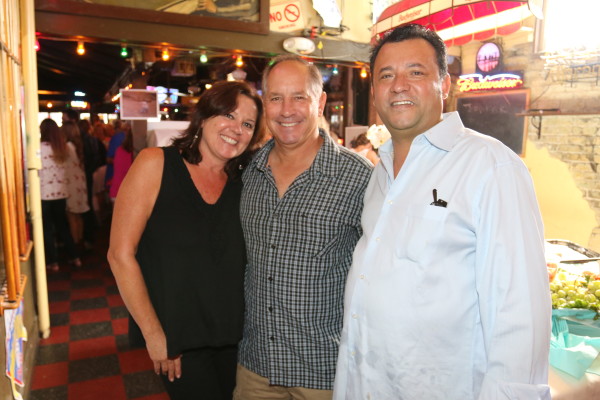 George Orwell’s 1946 essay “The Moon Under Water” describes a pub of the same name. With its modest furnishings, dependable food and convivial atmosphere, it has all the qualities he is looking for in a London-area pub. All, except for one: it does actually not exist. Thinking of all the things he desires in a bar, Orwell looks at the taverns he knows and acknowledges the need to make one up.

Ercole’s has been firmly rooted in brick and mortar since 1927, but it too has the feel of a fantasy. Indeed, it seems more improbable every day in an increasingly upscale Manhattan Beach. Slinging drinks best described as “stiff” in an age of haughty infusions and endless muddling? Packages of KC Masterpiece potato chips offered stumbling distance from seven-course tasting menus? Chiming mechanical cash registers instead of iPad-sporting servers?

Ercole’s has hit upon something that works, and sees little reason to change. Though they keep up with trends in boozing — wincingly sentimental copper cups for Moscow Mules are as ubiquitous here as anywhere else — they have earned the right to reject that bromide of the hospitality industry, that the customer is always right. At least once a night, some novitiate will unfurl a lengthy drink order and fork over a piece of plastic. The bartenders, hurried but pleasant, will point to an ATM in the corner and utter a two-word policy: cash only.

This old-fashioned sensibility means that Ercole’s reveals its treasures slowly. With its lack of garish flyers, cumbersome table tents or assaultive social media barrages, word of mouth and, inevitably, frequent visits are the only real ways to see all that the place has to offer. Its hamburgers have been canonized in these pages and elsewhere, but the tacos are a downright steal. The crowd is far more diverse, age-wise, than most other bars. It is not uncommon to see conversations between people 50 years apart. And there are few more pleasant ways to while away an afternoon than those days when bar manager and former professional surfer Mike Benavidez hooks up one of the bar’s TVs to the feed from a World Surf League event.

It is easy to feel at these times, especially as Manhattan Beach grows wealthier and its downtown more pretentious, as though one has stumbled on a secret too good to be true. But improbable as it seems, Ercole’s is keeping it real.