Best of the Beach 2010: Entertainment 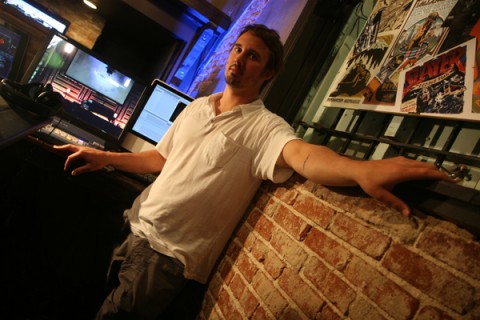 The story goes that once upon a time in a bygone era the South Bay had a happening live music scene. Those were the days of the Strand and Concerts by the Sea and a bunch of other clubs that no longer exist.

Bygone, be gone: live music is enjoying a resurgence in the South Bay, and Saint Rocke is leading the charge. The venue, owned by the same group of young local entrepreneurs that operate the Union Cattle Company, opened two years ago in the vastly revamped former Pitcher House locale on PCH in Hermosa Beach. Saint Rocke has since established itself not only as the premiere music venue locally – as recognized by BOB voters – but has also helped put the South Bay music scene back on the map.

Owner Allen Sanford said the reason voters chose Saint Rocke for the BOB award isn’t really about what he and his partners (which include his brother Jed, Robert Bogdonavich, and Brian Macias) have done in these two years.

“The people that deserve the credit are always the artists, man,” Sanford said. “All we try to do is make sure the artists that play here get seen in the best possible light. We give them the tools – the lighting, the sound, the stage – and then it’s all up to them….We definitely really care about the artists, so we built a place they can actually call their own.”

Nationally touring artists such as Julian Marley, Tab Benoit, and Rebelution have graced Saint Rocke’s stage, but perhaps what the venue has become even better known for is a place to catch emerging artists, including leading lights from the LA singer-songwriter scene such as the White Buffalo, Mieko, Jay Nash, and Chris Pierce. Arguably the heart of Saint Rocke is its weekly Wednesday night Sound Box, a jam of local professional musicians headed by Steve Aguilar that never fails to reach spontaneous combustion.

“We are breaking down some walls,” Sanford said. “It’s starting to rock ‘n’ roll.”

The future of music in the South Bay, Sanford argues, looks good and sounds even better. 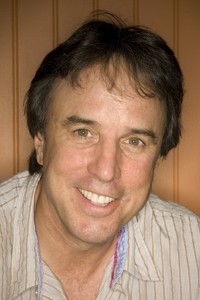 Weeds star Kevin Nealon is one of the top commedians who make Comedy & Magic arguably the best comedy club in the world.

Who’d have guessed that readers found this their favorite place to go for humor and sleight-of-hand? Perhaps it has something to do with all those world famous comedians like Robin Williams and Bill Maher dropping by, not to mention Sunday night regular Jay Leno.

Owner Mike Lacey is well known for hosting local charities in both his main room, and adjacent Live at the Lounge music club. On March 23 the club will host four of the biggest names in comedy, Kevin Nealon, Rosannee Barr, Sarah Silverman and Garry Shandling in a benefit for comedian “Big” Joe Kenny, who was recently diagnosed with skin cancer.

Runner-up: Easy Reader. Talk about sleight-of-hand, their writers spin floss into gold every week. You can’t beat that!

Santomieri also says that every major sports team in Los Angeles has a Sangria DJ at the helm. Jeremy Roueche does the AVP, the Clippers and Dodgers; Troy Doram does the Ducks, and Omar Trujillo did the Kings and has dropped in for the Lakers. In short, this is the place to relax and to try out those new moves on the dance floor.

Other than the food and the companionship, what’s better than walking into a bar or dining establishment and being able to hear your favorite music? A live band won’t always get around to honoring your request, but a juke box is your servant, your personal valet, and always at your beck and call.

“We take great pride in all aspects of the music played at Shellback Tavern,” says owner Bob Beverly. “Our main music system consists of the latest Touch Tunes Juke Box, and this model allows for thousands of song choices.

“Over the years we have learned what titles to offer and which ones to block. Our playlist and music categories were hand-selected by me and L.A. juke box owner Mike Pearlman. Our manager, Rico DeAlba, also collects song requests daily from customers to be added. Maintaining the proper music balance,” Beverly concludes, “is an ongoing effort of the whole staff.” 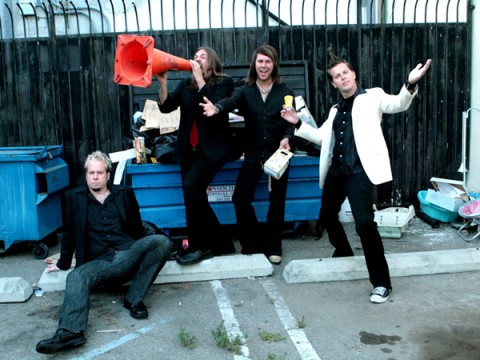 Jeremey Buck and the Bang return to town March 27 for a show at Zen Lounge.

This is the third year running that Jeremy Buck & The Bang have been acknowledged as our favorite live band, and their weekly residences at The Lighthouse Café and Saint Rocke have brought them even more of a following.

During the past year the group received a great deal of attention after their single, “Just For One Night,” was picked up by radio station 100.3 FM The Sound. A music video for the song showcases a classic parody of “Rock of Love” with Bret Michaels and “The Dating Game” of the late 1960s. Right now the band is touring, playing the Midwest for the Men’s Basketball Big Ten Championships and the NCAA Final Four Championships in Indianapolis. Their next local gig is Saturday, March 27, at Zen Lounge in Hermosa Beach. For visuals and other information, Jeremeybuck.com.

Runner up: The Darlings 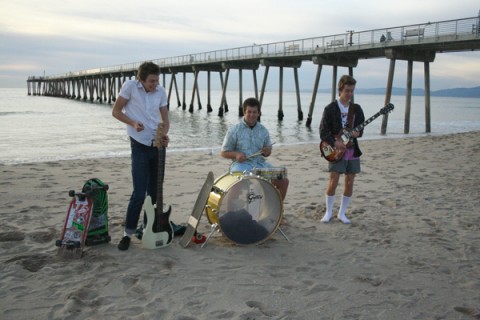 “The time has come” for the Imposters

“We’ve been going at it for a bit more than four years now,” says Nickolai Preiss, “and things just always seem to be improving.” Since this time last year, when they were first voted Best Underage Band, The Imposters have released a vinyl LP, “The Time Has Come,” and toured on both sides of the country. Next month they’ll release “Bus Stop Blues,” a 45 rpm, and plans are afoot to record a new album this summer. The group has already written most of the material, and Preiss says, “It has a broad reach across the genre spectrum… It is definitely going to be our most expansive and elaborate album to date.”

DJ Dik got his start underage, sneaking in the back door of Sangria. 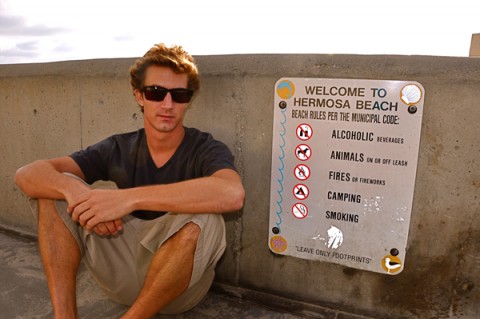 It’s a perfect resumé for the job: born and raised in the South Bay, high school in Redondo, college in Hawaii, and he currently resides a block from the Hermosa Beach Pier. What more could we want from our favorite spinmaster?

DJ Dik – or Richard Podgurski if he gets pulled over – seems to be everywhere at once. He currently deejays at Waterman’s (formerly Dragon) and Sharkeez, and occasionally he’ll pop up at Sangria, Twelfth and Highland, and Brixton. That’s just locally. You may find him coming or going from San Diego to Hollywood, Portland to New Orleans to Hawaii, with a few stops in between for private events and fashion shows. And when he’s not in the clubs? Just look outside and you’ll see him surfing, skating, or playing volleyball.

He says the music he plays is diverse and can accommodate any venue, but what makes him stand out, in his opinion, is that he’s not afraid to play something you’ve never heard, or to rescue an oldie that packs a punch marked “2010.” His selections depend on the atmosphere more than they do on music charts or radio. Plus he’s racked up 10 years of experience, beginning when he was 17 and was sneaked through the back door of Sangria and into the DJ booth. In a sense, he’s never left. More at DJDIK.com.

Best of the Beach, Music