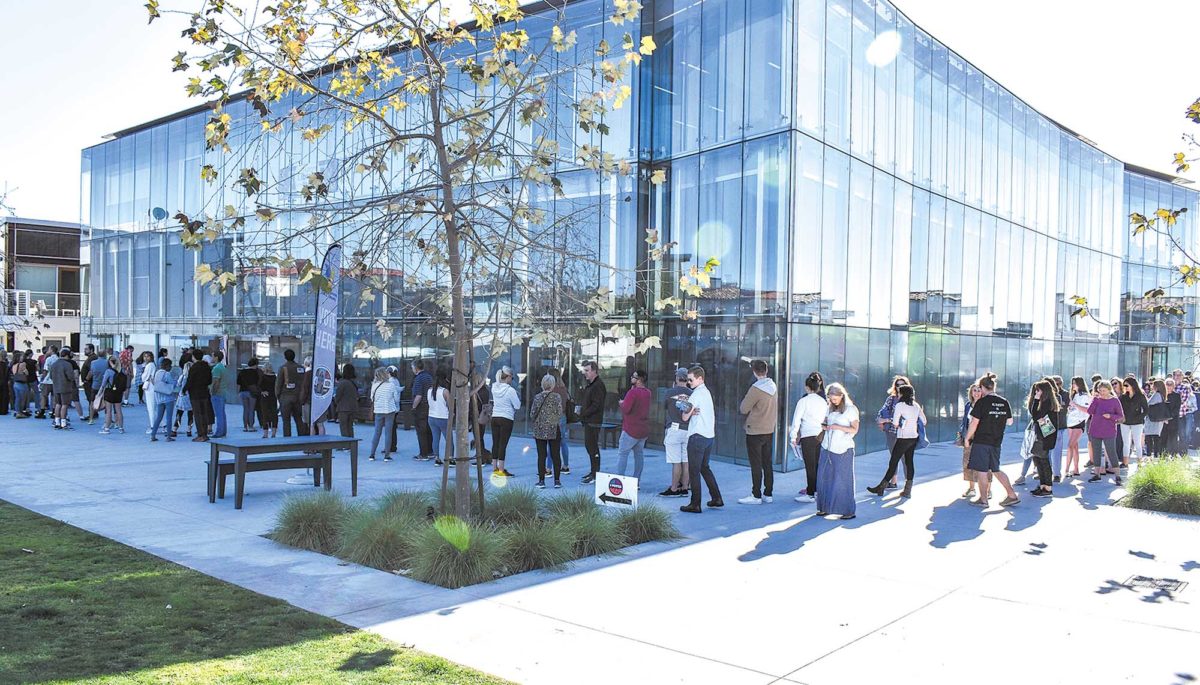 A bill from Sen. Ben Allen, who represents the South Bay in the state legislature, would force Los Angeles County Election Authorities to make changes to their procedures after voters throughout the region reported long waits on Election Day last week.

The bill comes after voters in the Beach Cities and across Los Angeles County reported extensive wait times at polling places on the day of the March 3 election. Some people attempting to cast their vote at the Manhattan Beach Library, for example, said they waited as long as three hours.

“For the vast majority of California voters, the voting experience was positive. But in Los Angeles County, too many voters faced unacceptably long wait times. Voters who waited patiently for hours deserve our praise for their commitment to democracy. Voters deserve better,” Secretary of State Alex Padilla said in a statement issued last week.

Allen and state election officials said part of the blame for the long waits in the Southland were due to the way that the county attempted to comply with the Voter’s Choice Act, a 2016 law also authored by Allen, that sought to boost participation rates for voters. The law allowed jurisdictions to eliminate traditional neighborhood polling places while opening “vote centers.” There would be fewer vote centers, but people could vote for up to 11 days before Election Day, and at any vote center in their county of residence, not just the one at they would traditionally cast a ballot based on their address.

The Los Angeles County Registrar-Recorder also chose March 3 as the election at which it would debut its Voting Solutions for All People System, which replaced the traditional ink-marked ballots with a system of electronic tablets.

In the run-up to the election, spokespersons for the registrar’s office said that VSAP, as it was known, was intended to help make the voting process more accessible to those for whom English was not a native language, and to those with disabilities. Many locations, however, experienced problems with software, which limited the number of tablets available. In an interview, Allen said that his office heard from a frustrated constituent who had attempted to cast a ballot at a vote center where only five of the 20 available tablets were working.

These issues were compounded by the fact that, of the 15 counties statewide to implement the Voter’s Choice Act on March 3, Los Angeles was the only one that did not also send out vote-by-mail ballots to every registered voter, Allen said in an interview. Counties that did fully implement it, including San Francisco, experienced fewer issues.

“It’s our sense that if L.A. County had complied with the Voter Choice Act, the machine glitches would likely not have had such a drastic impact,” he said.

Allen’s bill, which remains in the early drafting stages, would compel Los Angeles County to either expand the number of vote centers, or to offer a vote-by-mail ballot to all registered voters. He said that the Senate Elections Committee had scheduled hearings on the long lines in Los Angeles County.

Dean Logan, the Los Angeles County Registrar-Recorder, said in a statement that his office was preparing a report that would be delivered to the L.A. County Board of Supervisors that would address the problems voters experienced March 3, and the proposal to offer a vote-by-mail ballot to every registered voter. Logan has previously said that Los Angeles County’s size — by far the largest local election unit in the country, with more than 5 million registered voters — created complications with making the mail-in ballots universally available.

Allen allowed that the problems L.A. County faced may have been heightened by a desire among voters to cast their ballots as late as possible, in order to make strategic decisions about the quickly changing Democratic presidential primary. Former contenders Pete Buttigeig and Amy Klobuchar dropped out on March 1 and March 2, respectively, and many vote centers reported low turnout in the 10 days they were open before election day. Allen’s bill, however, could address that problem by enabling more people to fill out a vote-by-mail ballot at home, then drop it off at a vote center, freeing up more tablets.

“People do want to vote on Election Day. People like the experience of being with other people,

voting with other people,” Allen said.