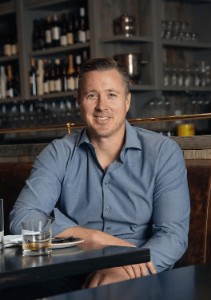 Nearly half of the 85 full-service restaurants in the Riviera Village and the downtown areas of Manhattan and Hermosa Beach are part of locally-based restaurant groups. Though a few of these groups started out over 40 years ago, the majority of the group-owned restaurants have been on the scene for fewer than six years. This trend has had a big impact on beach cities dining.

It is not surprising that these groups are better-financed and tend to have more efficient operations. What is a surprise, however, is that these generally financially conservative groups often lead the way when it comes to taking the biggest risks with respect to untested concepts.

Blackhouse Hospitality Management, created by Palos Verdes native Jed Sanford, has pushed the envelope with each of their several concepts. They are one of only two groups that have locations in the Village and in downtown Manhattan Beach  and Hermosa Beach. If you live in the beach cities, you have no doubt eaten at one of their innovative restaurants.

Sanford, like so many other successful restaurateurs, did not start his career thinking that he would one day own a restaurant. He became a CPA after graduating from college and later parlayed an MBA from USC into management consulting.  It would be several years before he partnered with his brother Allen to establish Union Cattle in Hermosa as a “fun project.” It worked out well and led to the opening of Saint Rocke.

Spin forward a few years and the brothers decided to “do their own things.”  Sanford had an unexpected itch “to push things” and converted Union Cattle into Abigaile, which was about “getting people in Hermosa to think about food in new ways.” He took a huge risk with the concept, brought in a strong culinary chef partner in UCLA graduate Tin Vuong, and arguably reset the course of the dining experience in Hermosa.

The duo of Sanford and Vuong knew they had a hit and wasted little time bringing other edgy concepts to the market. Blackhouse now has restaurants in Los Angeles, Culver City, Manhattan, Hermosa, Redondo and Huntington Beach. Of their eight restaurants, seven are original concepts. Abigaile, Little Sister, Suburbia, Dia de Campo and S&W are their beach cities brands. They chose Culver City and Huntington Beach for Wildcraft and Bluegold & LSXO, respectively, and added a Little Sister to downtown Los Angeles to great success. After much introspection, Sanford concedes that concentrating on one to two brands may simplify their business model and be the path forward for them. With this in mind, Sanford says “they will continue to focus on expanding the Little Sister brand outside the beach cities.”

What began as a side project for Sanford to energize the dining experience here became a fever to really make an impact. As the dust has settled with their rapid local expansion, he has had an opportunity to contemplate where to go from here.  It appears this path just might be to join the select few local groups, including Rock and Brews and Veggie Grill, who have crossed state borders and taken steps to become nationally-recognized brands.

His advice for restaurant owners considering expansion is to “focus on your specialization and pick your second location carefully.”  He adds it is imperative to “be thoughtful about your growth and really understand your concept.”  As for financing, he suggests a good starting point is with “friends and family funding with limited debt.”

Risk-taking restaurant groups such as Blackhouse have enhanced the local dining experience here and helped forge the identity of the downtowns.