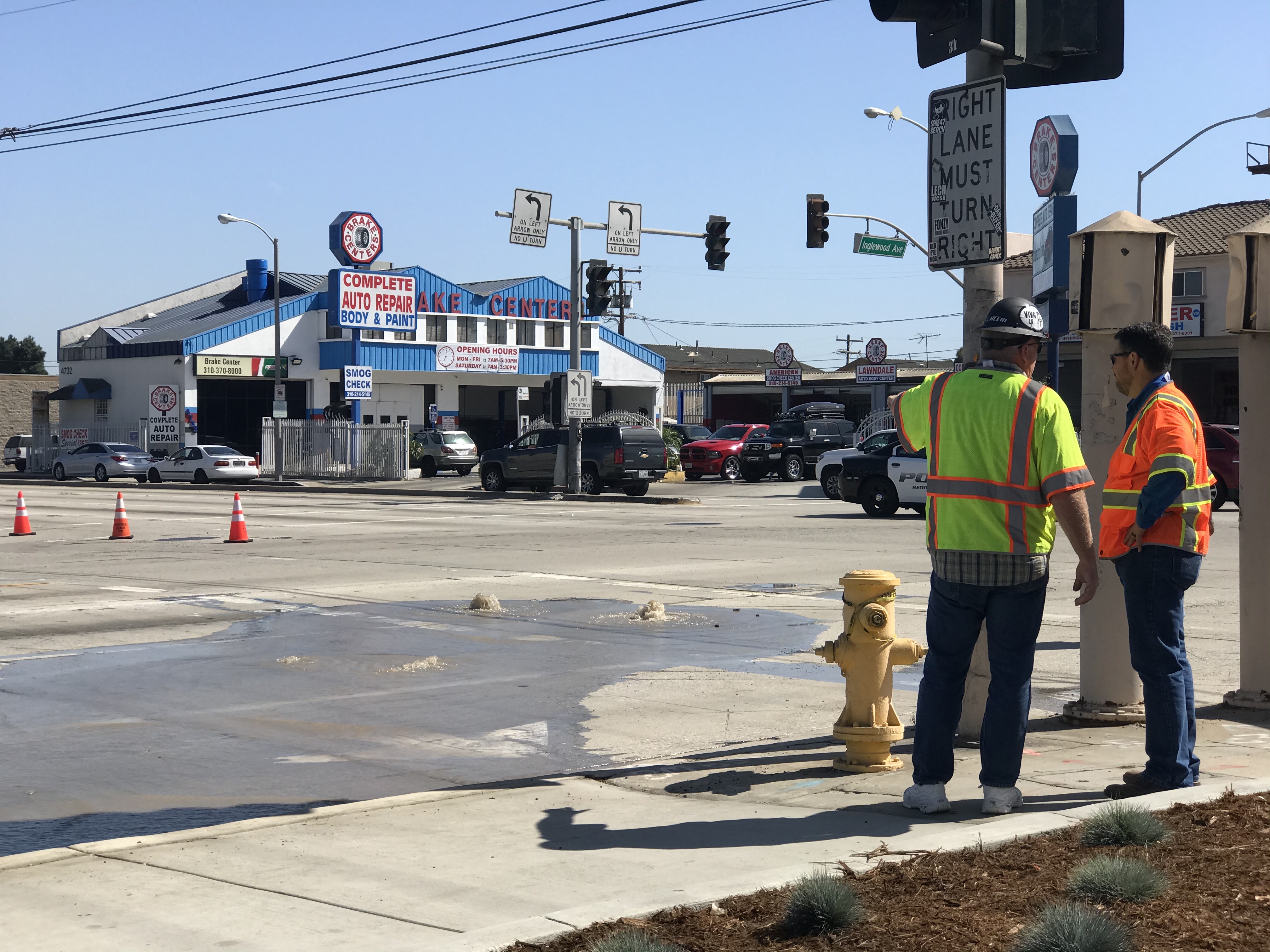 Workers survey the scene as water bubbles up from the crosswalk near a broken line at Inglewood Boulevard. and Manhattan Beach Boulevard. Photo by David Mendez

The intersection of Inglewood Boulevard and Manhattan Beach Boulevard is closed indefinitely while workers repair a broken underground water line they fear may cause a sinkhole.

Water was seen gushing up from multiple areas under the concrete pavement on Inglewood Boulevard, just north of the intersection.

Redondo Beach closed the intersection quickly, as a precautionary measure.

“I think it was very good on our staff’s part to recognize it immediately and shut it down. There are a lot of heavy trucks that go through here and it prevented a disaster,” said Councilwoman Laura Emdee, who represents the area and was at the scene.

Complicating matters is that the affected line may be owned by any one of three agencies: the Metropolitan Water District, Golden State Water or California Water Service.

For now, residents’ water should remain unaffected, thanks to reservoirs set in place.

However, commuters should be wary. The intersection is likely to be closed to north- south- and westbound traffic for at least the rest of the day. According to Emdee, CalTrans is working to close down 405 Freeway on- and off-ramps at Inglewood Boulevard.

Staff on scene would not offer estimates as to how long they expect the roads to be closed. ER