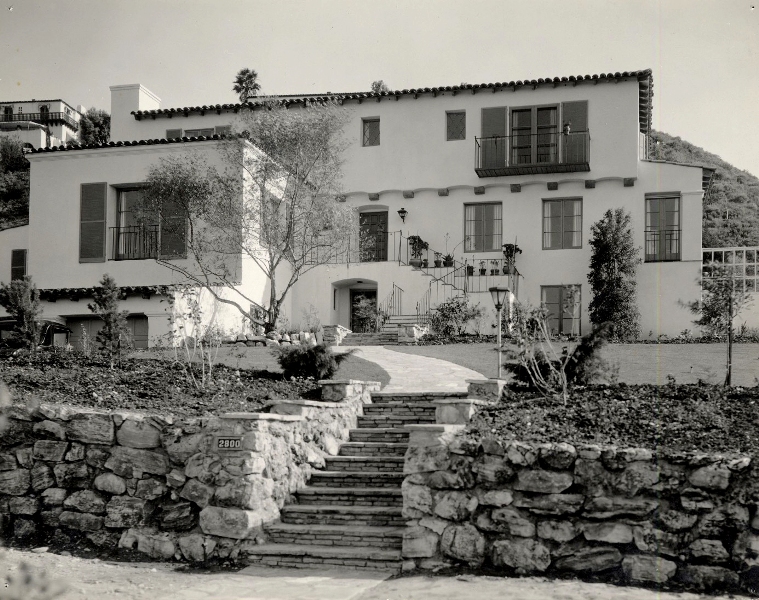 A depiction of the Dia house when it was first built for the original owner Dr. Hugo Jones in 1931. (Courtesy of pvld.org)

Pauline and Amir Dia, M.D. were expecting their fourth child in 1971 when they decided to move from their Rancho Palos Verdes track home to a larger home in Palos Verdes Estates.

Their daughter Alex (Sousie) was with her parents when they arrived early to an open house, only to find signs pointing to a house down the same street. The dilapidated, six bedroom, six bathroom home was For Sale by Owner and had been vacant for two years. 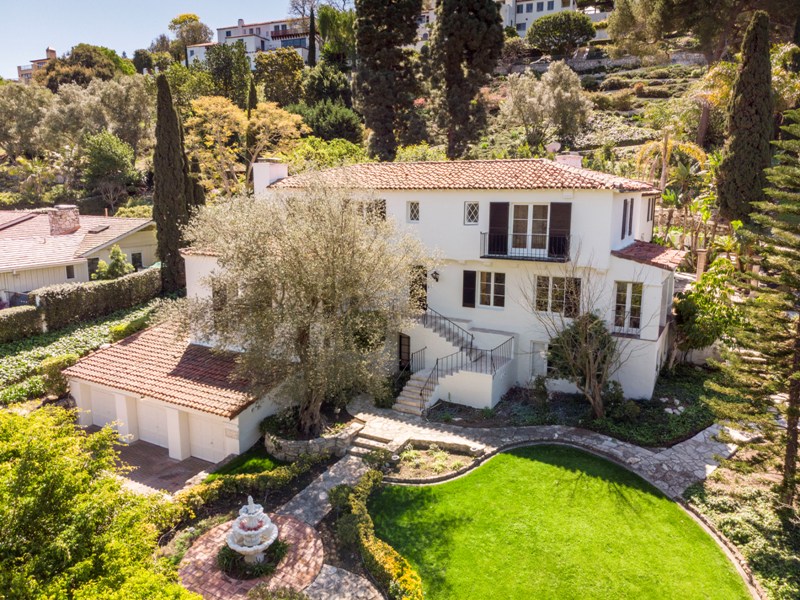 The Dia house as it stands today surrounded by a fire trail and parklands and designed by the notable architect Kirtland Cutter.

“My parents loved old historical things and this home had provenance, having been built in 1931. But for a kid it had a scary mansion feeling. There were doors that seemed to open into other doors, there was an exposed pipe in the basement billiards room (think Parker Brother’s Clue Game) that was packed with black tar. The floors here were buckled from flooding and mounds of pine needles were in some of the rooms. 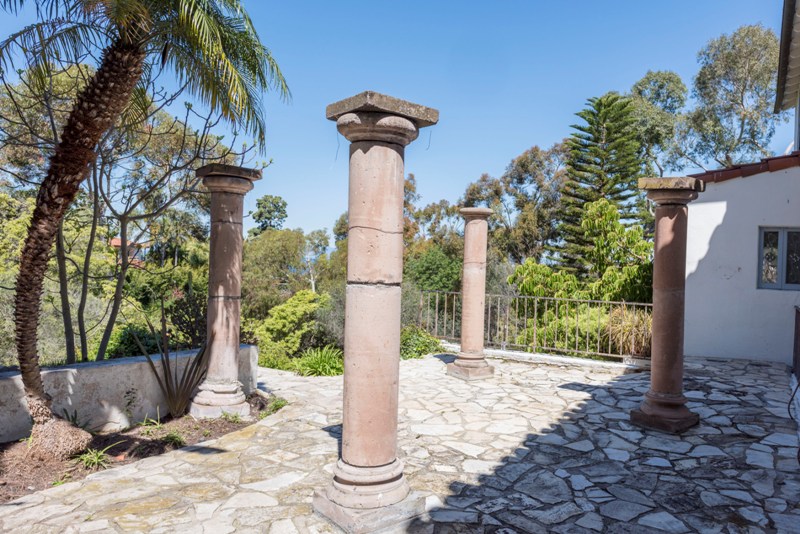 Stone columns the Dia’s probably sourced from auction or antiquing and perhaps they are a nod to their Egyptian ancestry.

“My mother exclaimed, ‘Oh my God, what potential.’ And that sealed the deal.”

The family purchased the home for $125,000, a large investment at the time and more than double what they sold their RPV home for. Soon what they christened “Casa Dia” house was restored to its original grandeur and filled with antiques from live auctions such as those by Abell Auction Company. 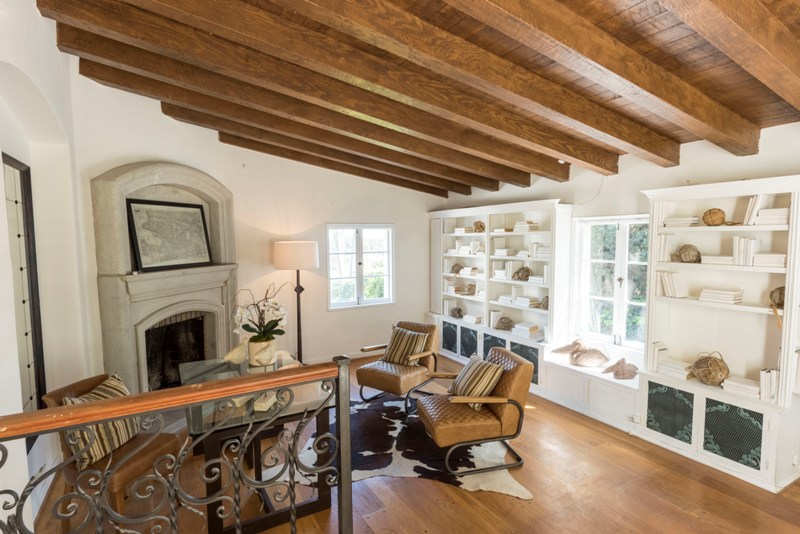 The sitting room has an oversized stone fireplace and enclaved mantle with built in bookshelves and a solidly crafted wood beam ceiling that all come together to create a rustic and relaxing setting.

“The nineties were a time of crazy, opulent interiors and our home was decorated like the set of Dynasty — glass and bronze and shine,” Alex recalled.

The home was one of the first on the hill to be built fully electric. It included a phone-room and an intercom system. 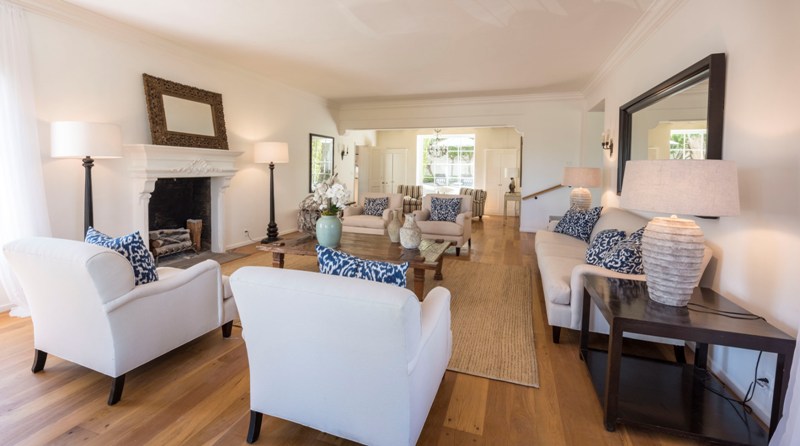 The sitting room has an oversized stone fireplace and enclaved mantle with built in bookshelves and a solidly crafted wood beam ceiling that all come together to create a rustic and relaxing setting.

“The intercom made living in a three-story house with three other siblings a lot easier,” Alex said. Another feature, not often seen today, was a button in the floor of the formal dining room for discreetly ringing the butler. There was also a dumb waiter for the groceries and for playing hide and seek.

The home was designed by architect Kirtland Cutter in 1930 for Dr. Hugo Jones. It was described in Henry Matthew’s book, “Kirtland Cutter, Architect in the Land of Promise,” as “a compact block with a three-car garage projecting out in front at a lower level and a shady court with an outdoor fireplace to one side.”

Cutter is known for his departure from exterior embellishments and focus on interior space and the relationship of a house to its site. He was also the architect for a sprawling Lunada Bay Plaza, which was to be designed in the style of a romantic Italian town. But because of the Great Depression, it was never built. Cutter went on to design the Lewis-Clark Hotel in Idaho, the Autzen Mansion in Oregon and the Fleming House in Newport Beach, built for Victor Fleming, director of the “Wizard of Oz” and Gone with the Wind.

Dr. Amir Dia was an Obstetrician/Gynecologist. Pauline Dia was a homemaker and hospice registered nurse. The house was frequently filled with guests from all over the world. 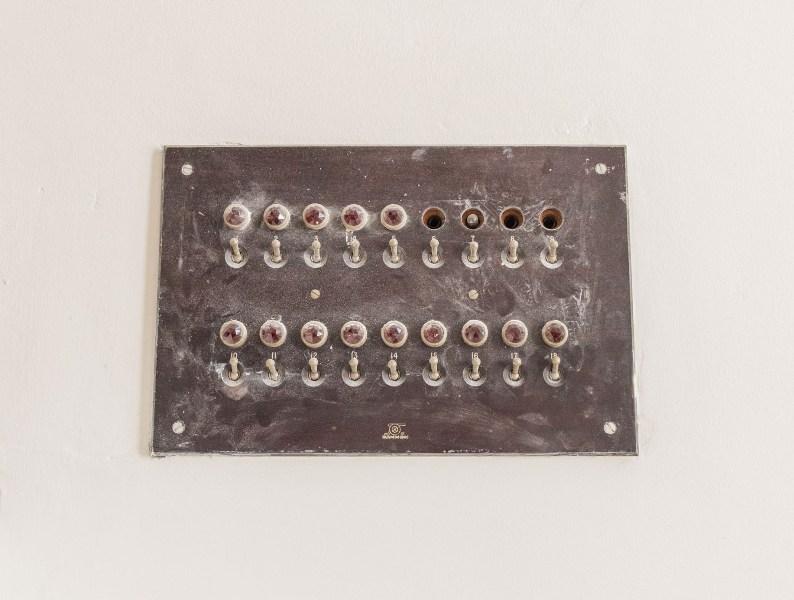 Here is the original light-up intercom system that used to allow the Dia family to locate each other inside the house with ease.

“We had guests from Egypt (the family is Egyptian), consulate generals from Turkey and Kuwait medical students who were going to school or doing their residencies here and celebrities such as boxer Muhammad Ali and basketball player Kareem Abdul Jabbar.

Guests were introduced to her as her “aunt” or “uncle” and treated like family.

“Our doorbell was constantly ringing. I never knew who was going to be seated at our dinner table. Mother was always preparing extra food for last minute guests and dad was always having tea, dessert and a cigar with them. He was a charismatic and the consummate host.”

For one party, her father cooked a whole lamb, Arabic style on a rotating spit in a hole he dug in the backyard.

On Easter Sundays, up until Dr. Dia became ill in 2014, neighborhood families would congregate at the Dia house for Belgian waffles with strawberries and whip cream..

For the Easter Egg Hunt, her dad hid Golden, Silver and Bronze eggs. Money was inside the special eggs, but some years no one found the Golden Egg, which led the kids to believe that perhaps their dad didn’t always hide this egg, but rather took pleasure in watching their frantic search for it. Other years he would place it in a tree where no one could see or reach it. 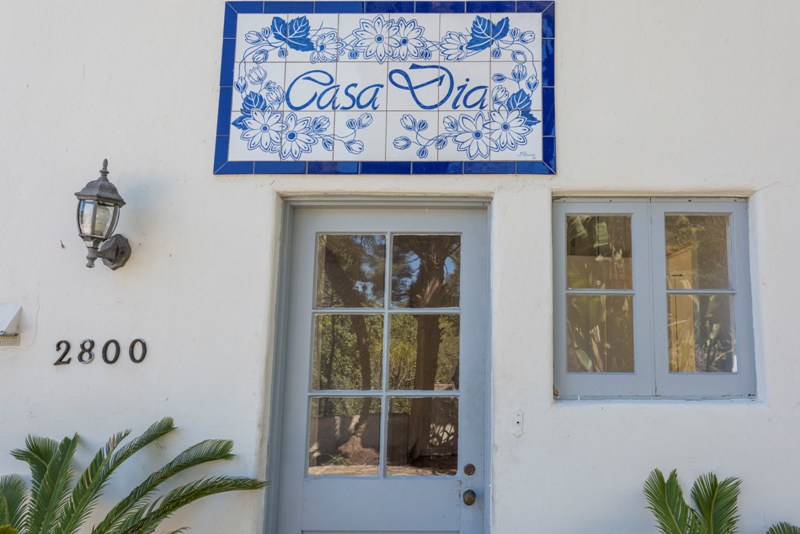 Casa Dia depicts a house filled with family and their traditions.

“He was a master jokester with a zest for competition,” Alex said.

The yard was as important to Dr. Dia as the inside of the house. His way of relaxing was to work in the garden. Because the front yard was close to the third hole on the Palos Verdes Golf Course, players often mistook her father for a gardener, a charade he took pleasure in. Although Amir and Pauline divorced in 1985, they remained friends throughout their lifetimes and spent holidays together, along with their new spouses. 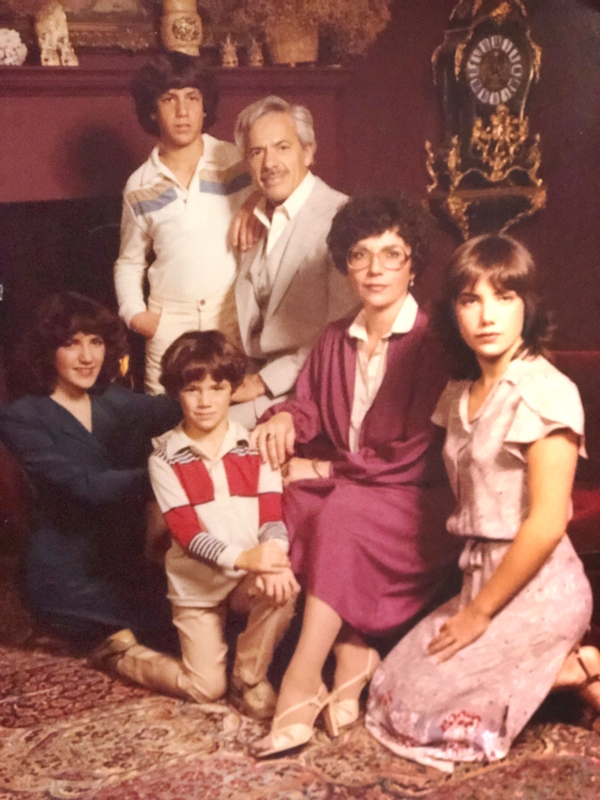 The siblings are Alex (Sousie), Magda (Mimi), Amir, Adam and half brother Ashraf. When asked what three things she most treasured about her childhood home, Alex was quick to answer, “The laundry chute was indispensable and being located in the hallway of the third level, it hastened the dirty clothes of four active kids down to the laundry room, two floors below, on the main level-a huge convenience. The soundproofing meant you were never disturbed by anybody elsewhere in the house, which was a benefit for a family of six. Lastly, my bedroom on the third floor was built into the bedrock. When I looked out my window I felt like I was in a treehouse. ”