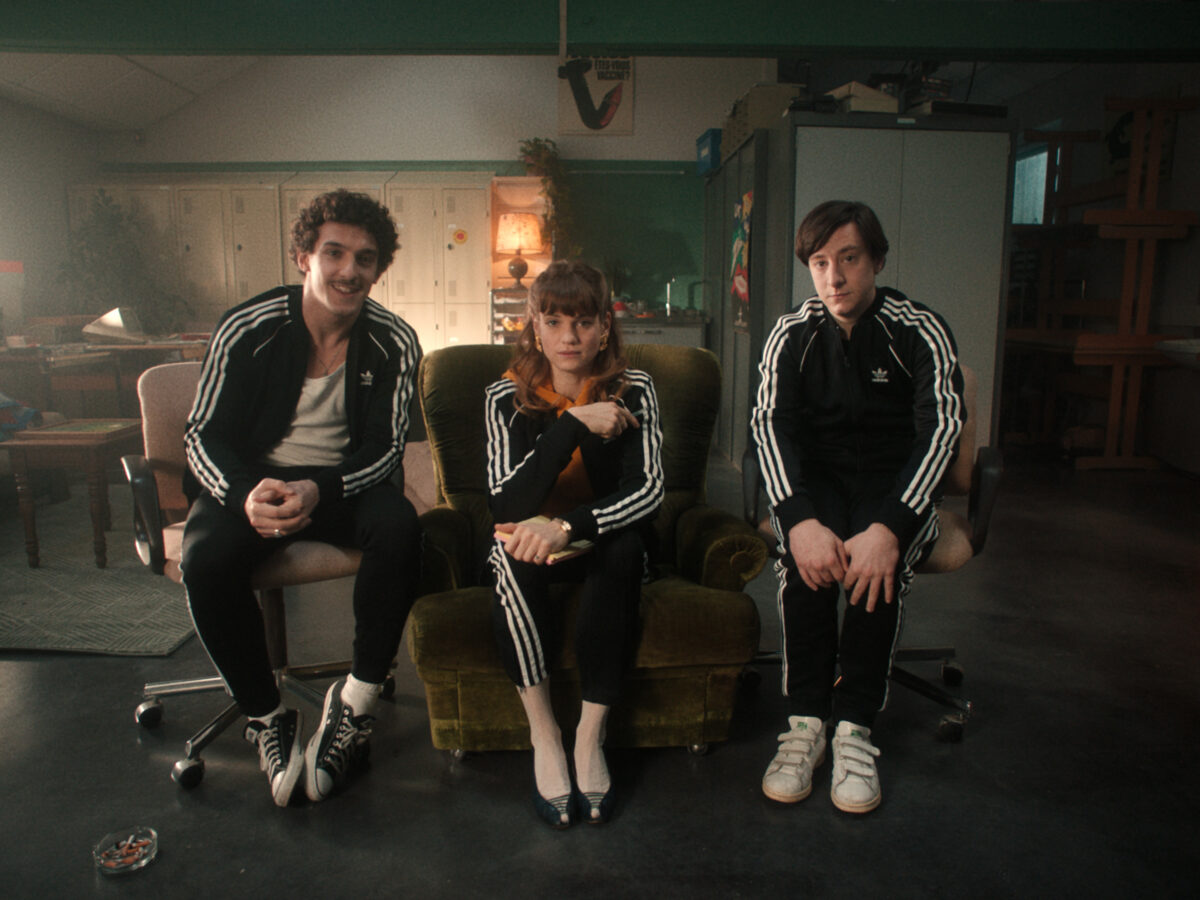 He’s a geek, she’s beautiful, and the third thinks he’s cool. Welcome to the world of “Cheeky Business,” the new French series created by Emmanuel Poulain-Arnaud and Armand Robin about the Minitel Revolution. 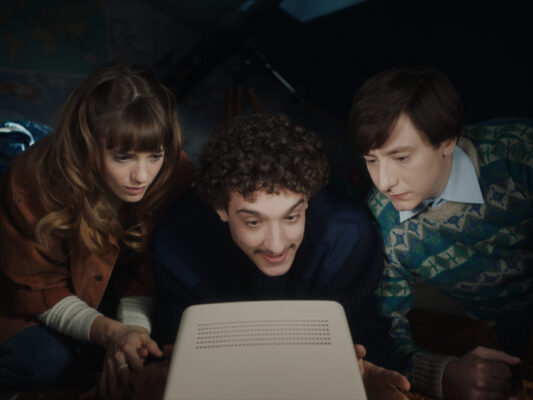 It’s France in the 80s, the end of the conservative Giscard D’Estaing presidency and the cusp of the Socialist tsunami of François Mitterand. But as much as the students at this second rate University in the outer suburbs of Paris may spout politics, it’s really only an afterthought to the students in Professor Fausheux’s engineering class where our protagonists meet. The Minitel, the standalone device that plugged into a phone outlet and offered up the first glimpse of online purchases and resources, is the subject of the presentations that the Professor assigns his students.

When socially awkward Simon, the smartest in the class, sets up a private messaging service on his Minitel, it is to try connecting with the beautiful Stéphanie sitting next to him. But Toni, the smart ass on his other side, is on to him. Toni hacks into Simon’s program and disguises himself as Stéphanie and convinces Simon to do something that is publicly humiliating. Stéphanie, though not amused, is desperate for money. Her wealthy mother cut her off when she flunked out of the prestigious Polytechnique and enrolled at Jouy instead. She instantly sees a way to monetize Simon’s service and thus is born “3615 Monique,” an early sex messaging service. Recognizing that Simon had no way of knowing that it wasn’t her on the other terminal, she has her Eureka moment. Unlike the phone, no one knows who you are on the Minitel and a sex-starved man will respond to what he reads, not what he sees. A climax is a climax and a business is born. 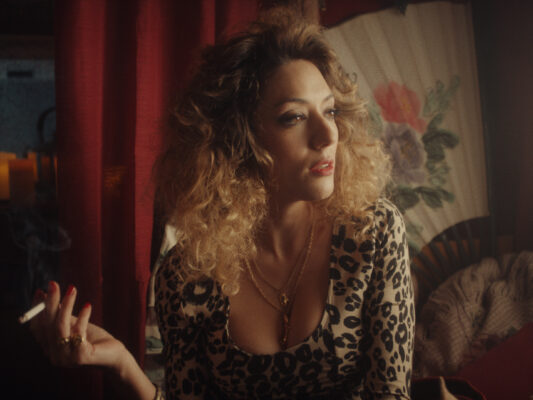 Simon is the computer, Stéphanie is the business manager, and Toni, well he has neither brains nor business sense, but he has the audacity and imagination to sell the product. And sex sells as each of them operate a Minitel and start promoting their sex chat service. Before you know it, they’re making Francs (this is the pre-Euro era) hand over fist. Keep the customers wanting more and keep them talking; time is money.

The three, still attending class while maintaining a full “work” schedule, must deal with demanding clients, dicey employees, and the puritanical forces that surround them. You will meet good girls, bad girls, clueless boys, the proverbial prostitutes with hearts of gold who are as street smart as they are intelligent, their pimp, and pragmatic bureaucrats who know a good source of income when they see it.

The ten, half-hour episodes fly by quickly, never losing their footing or forgetting that this is engaging fun with well drawn characters. Noémie Schmidt is the beautiful Stéphanie; Arthur Mazet is Simon, and Paul Scarfoglio is the hormonal Toni. Look out for Chantal, played by Vanessa Guide, as one of the aforementioned hookers with a heart of gold. She is a true scene stealer. There is, of course, no actual sex but the conversations are graphic and direct. 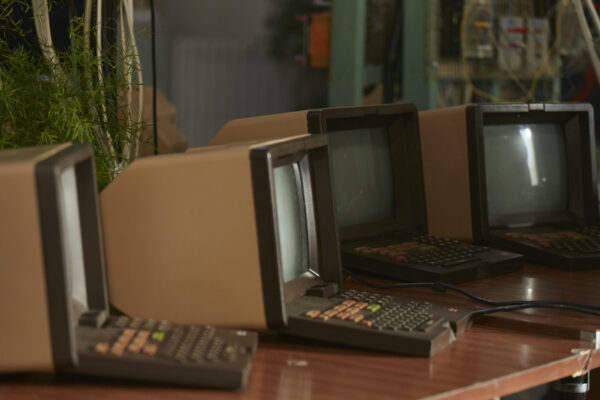 Recognizing its potential, the French government tried to provide a Minitel in every home, something our trio calculated into their potential earnings. I was entranced with the Minitel whenever I visited my Parisian cousins. Of course for them it was a nationwide phonebook, online shopping, library services, and…well who really knows. As is so often the case, the French were ahead of the curve until they fell behind it. But before the World Wide Web makes it obsolete, we have “Cheeky Business” to keep us up to date in 1981.