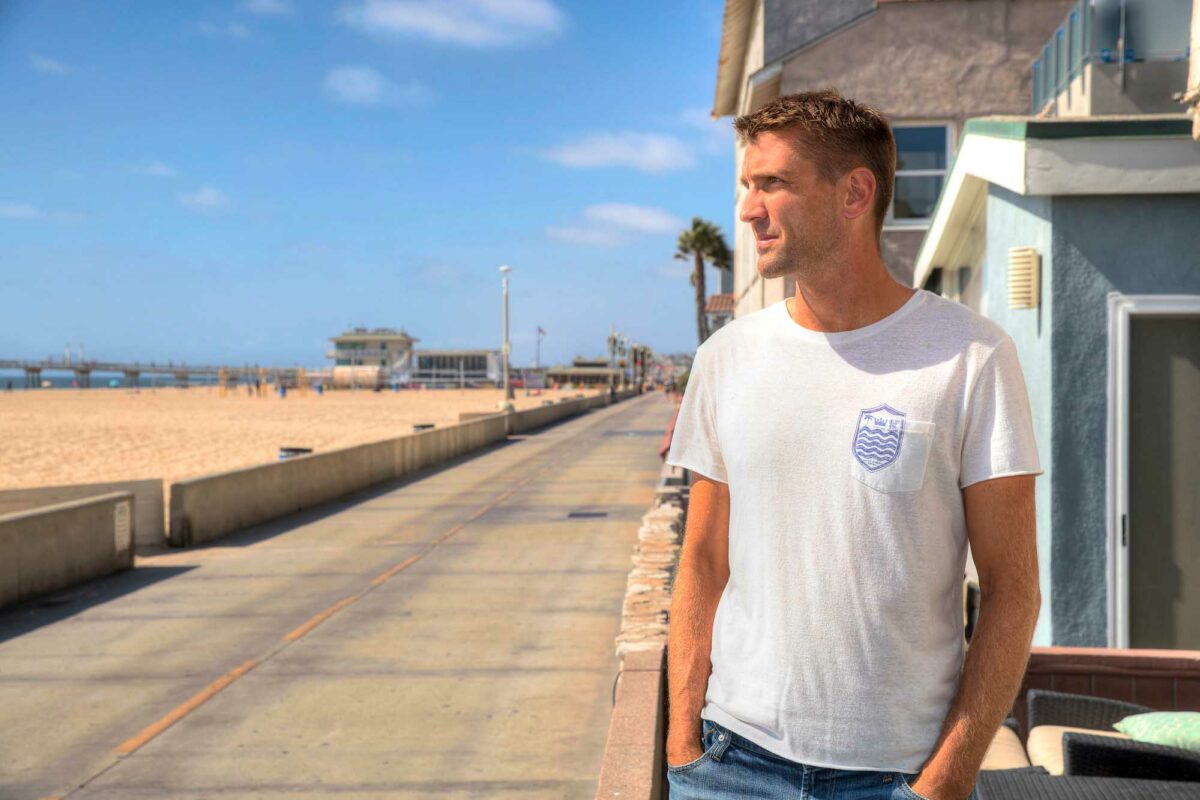 Jon Mesko, of Hermosa Beach, has transferred his skills as a competitive mountain bike racer to professional beach volleyball and a string of Rock and Brews restaurants. Photo (CivicCouch.com)

Mesko grew up in Michigan, where became the 1995 Junior National Downhill Mountain Bike Champion. He continued racing competitively into his twenties, traveling throughout the country. Ironically, he discovered beach volleyball in Michigan and, in late 1999, he made his way to Hermosa Beach for the first time.  He cites the beaches, ocean, weather, lifestyle, business environment and mountains for hooking him in. A few years later, he made the move here.

As a teenager, Mesko spent years working “nearly every position” at Big Boy and gained an appreciation for the value added by well-run restaurant groups. He also soda during the Cherry Festival Parades in Traverse City, Michigan back, which fueled his interest in becoming an entrepreneur. When he retired from mountain bike racing, he consulted with one of his sponsors and helped them expand.  This included identifying new locations and negotiating leases.

After relocating to the beach cities, he pursued his newfound passion for beach volleyball. His athleticism and 6-foot-6 height made the transition from competitive mountain biker to beach volleyball player an easy one.

Within a few years, Mesko owned a tanning salon and with a partner opened up Manhattan Denim in Manhattan Beach. They wanted to fill the need for men’s clothing and so they built a “simple, but elegant store with ridiculously comfortable chairs and a fridge so our guests can relax and have a beverage of their choice”.

There he had the fortuitous opportunity to meet Michael Zislis. Shade Hotel owner Michael Zislis had recently combined all of his best ideas into one restaurant – Rock & Brews. Zislis had also just made the decision to franchise the Rock & Brews brand. Today, five years later, Mesko has opened four Rock & Brews, has a fifth opening this month and two more later this year. He has 500 employees.

Significant financing is required to open restaurants like Rock & Brews. Mesko learned early on from a mentor “when you create or source something that is valuable, financing is no problem.” Nonetheless, Mesko had to work tirelessly to finance all of his endeavors. The persevering mindset of a competitive athlete had to kick in, but achieving great success with his first location made it an easier to finance subsequent units.

Mesko recently took full control of Manhattan Denim and will soon close escrow on the former Tammie’s Corner House Cafe on Second Street and Hermosa Avenue in Hermosa. He became interested in Tammie’s after going there twice a week for years with his son. The restaurant will be remodeled and called Serve Kitchen.  Mesko hopes to have it open in the next few months.

For Mesko, the focus and goal-setting required to be a competitive athlete coupled with a persevering mindset have made it possible to achieve a high level of success in a community he truly enjoys living in.

Tony Cordi is a commercial real estate broker and consultant. He can be reached at tony@theinnategroup.com.