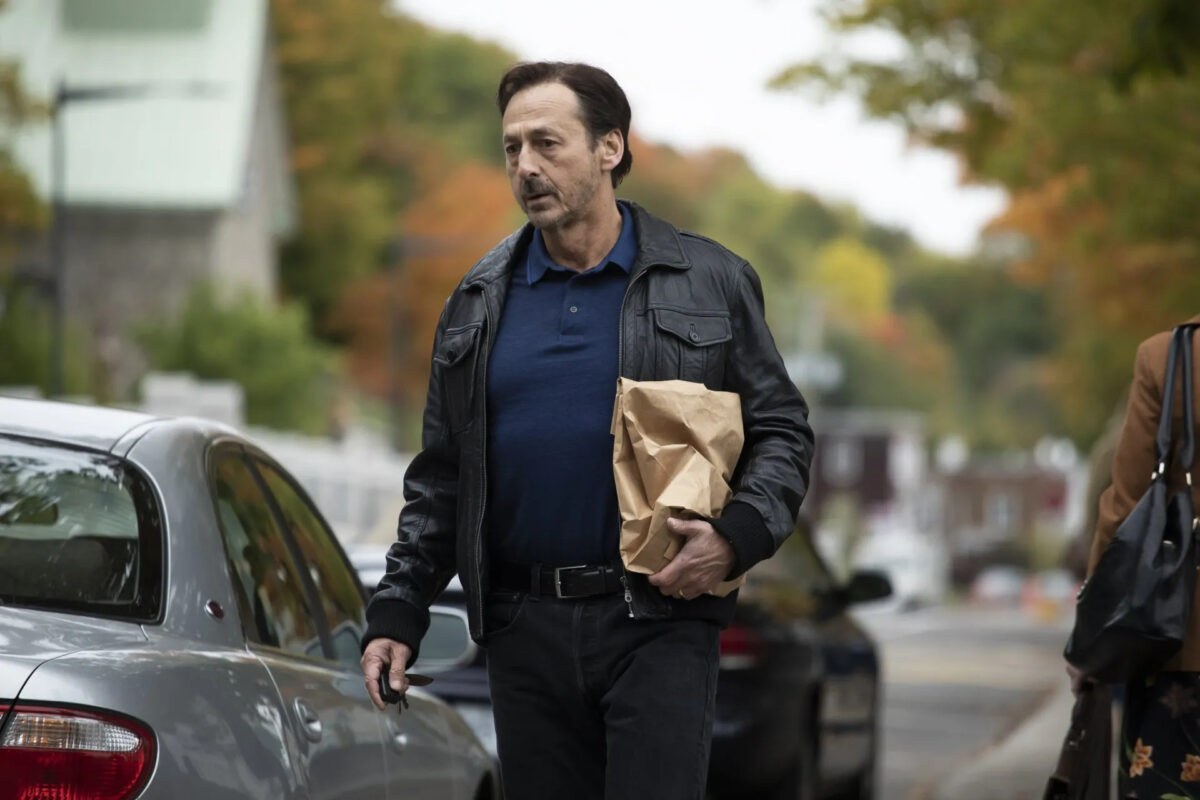 Luc Picard as Gérald in "Confessions of a Hitman." Photo courtesy of Mnibus Entertainment and Film Movement.

Another in the genre of true crime or as the French Canadians put it at the beginning: “This film is a work of fiction freely inspired by true events.” I love that much more than the English translation of “This film is a work of fiction based on a true story.” No matter what they say at the beginning, if it’s good in the telling, you’ll buy into the story. This is an excellent example of the quote, “When the legend becomes fact, print the legend.”  “Confessions of a Hitman,” though not a classic, tells its tale pretty well, buoyed in large part by Luc Picard, the director and star. Sylvain Guy, who based his screenplay on the book of the same name, gave Picard plenty to work with. 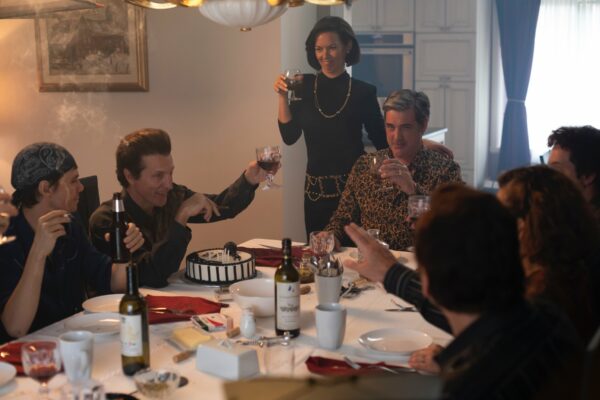 The “family’ in “Confessions of a Hitman.” Photo courtesy of Mnibus Entertainment and Film Movement.

Gérald Gallant was Canada’s most prolific contract killer, claiming 28 murders over a period of 25 years. Employed by a biker gang to kill their rivals, Gérald found his calling. The assassinations were far more lucrative than his previous profession as a rather unsuccessful thief.

As portrayed in the movie, Gérald and his cohorts in the gang are rather ordinary and definitely not members of the Mensa Society. Looking for dominance in a biker world dominated by the Hell’s Angels, Gérald was often dispatched to kill a prominent member of a rival organization.

Not so much about the killings themselves, “Confessions of a Hitman” is more a study of Gérald, whose very blandness no doubt helped him escape notice for so long. Gérald was used to being overlooked. Even as a child, his mother ridiculed his below average intelligence and stutter. But Gérald learned to use these deficits to his advantage because so little was expected of him.

Like most criminals, it was just a matter of time before mistakes were made. Bored with his homelife, he picked up a paramour along the way. Jocelyne was looking for some excitement away from her job at a funeral parlor. Gérald seemed like someone who might be fun, especially when he revealed to her what he did for a living. He may not have been book smart, but he had street smarts and he used them to his advantage when he took Jocelyne along on a job. Reckless, perhaps, but from that moment on, she could never turn him in without implicating herself. 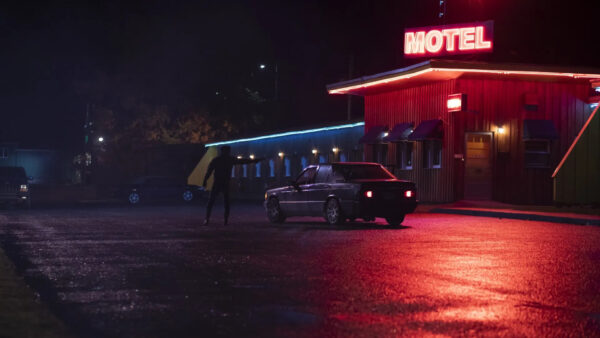 “Confessions of a Hitman.” Photo courtesy of Mnibus Entertainment and Film Movement.

This film is at its most interesting when it shows a murder from start to finish. Start at headquarters where the boss gives Gérald his assignment; follow Gérald while he surveilles his target; see him make the hit and get rid of the weapon; and finally, accompany him home to his wife Pauline. Gérald is so ordinary that it is hard, even as his actions unspool in front of you, to see this stuttering, quiet, ill at ease and modestly dressed man shoot another. Even better, and perhaps that’s not the phrase to use, he’s not particularly good at his job. Maybe it’s that we’ve become too accustomed to seeing contract killers aim their silenced semi-automatic pistols at the heads of their victims, whether up close or from afar, and hit the target between the eyes. Not so with Gérald. He will often take a public location and then shoot however many times it takes. I was astonished by his poor aim, but he definitely got the job done even if it was messy. And he got the job done 28 times, with almost as many misses.

Because he was Canadian, I always expected him to offer an apology either before or after the hit. But then that Canadian civility probably doesn’t extend to all killers.

Definitely not hard core or even a great true crime tale, Gérald was as ordinary as his targets. They were all part of the biker underbelly of Quebec. The reason to watch this film is for the performance of Luc Picard who plays Gérald. He is engrossing and pulls you into the mundane existence of his character, a man who is the very embodiment of the banality of evil. That you end up caring about (but not for) Gérald is a tribute to Picard’s interpretation.

In French and English with English subtitles.

Premiering December 2 on Film Movement Plus, VOD, and Digital on Demand.