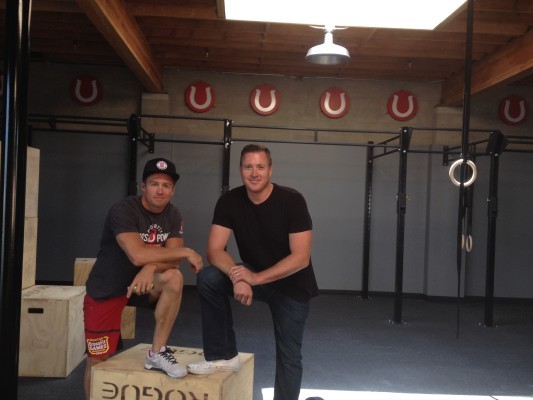 Crossfit Horsepower, the embattled Cypress Avenue gym that was declared a public nuisance by Hermosa Beach over the summer, has filed a lawsuit against the city, alleging that the nuisance proceedings have irredeemably damaged the gym’s business and were the result of bias on the part of the City Council.

The lawsuit, filed in Los Angeles County Superior Court earlier this month, asks a judge to set aside the city’s decision this summer that Horsepower is a nuisance, and to compensate the gym’s owners for the lost value of the business, as well as attorney’s fees and litigation costs. Although it does not set a figure for the total value lost, the complaint states that the business was once worth at least $1.3 million, but that demands from the city had made it “unsustainable.”

Not long after the gym opened in 2014, residents living nearby began complaining about noise and vibrations associated with its operations, including loud music and the vibrations associated with dropping weights. In a statement issued Tuesday afternoon, Mayor Jeff Duclos said that the city was “deeply disappointed” that the business had decided to sue, and insisted that the city’s actions were the result of a legitimate investigation into resident concerns.

“A primary job of council members is to protect the quality of life of our residents and to remedy problems associated with land use issues. The City Council and city staff have have approached this responsibility in a very measured way over a four year period that gave CrossFit multiple opportunities to remedy the disturbances created by its operations. The process we employed was fair and transparent,” Duclos said.

Contrary to the city’s characterization, the complaint presents the nuisance proceeding as a result of a coordinated plan by the city, and argues that officials repeatedly ignored evidence that the gym did not pose legitimate problems to surrounding residents. It asserts that the business was not notified about several meetings between city officials and residents living near the gym, and that at at least one of these meetings Hermosa “coached” residents and staff members on how to best build the case against Horsepower.

City Prosecutor Melanie Chavira announced that she was building a misdemeanor criminal case against the gym in April 2015; the case stalled when Hermosa code enforcement officers were unable to witness violations of the city code. Nonetheless, in response to resident complaints, the gym installed noise-dulling equipment and agreed to several operational changes, some of which, including a policy against dropping weights, contributed to a loss of customers, the lawsuit states.

Resident complaints continued to ebb and flow over the next few years. While the lawsuit says that this is due to residents coordinating with the city, those living nearby have said at city council meetings that it was because the gym’s negative impacts were capable of repetition, yet evaded review. Occasionally, some residents said, the noise and vibration would disappear before a code enforcement officer could arrive, or would dissipate following multiple complaints, only to reemerge a few months later.

This was the point made at a July City Council meeting, when the city conducted what Mayor Jeff Duclos described as a first-of-its-kind in Hermosa nuisance abatement hearing. There, Joy Abaquin, a quality of life prosecutor with the City of Redondo Beach, with whom Hermosa contracts out city prosecutor services, laid out several grounds on which the council could find that Horsepower constituted a nuisance and begin abatement proceedings. Abaquin pointed out that some residents had presented videos of gym-goers dropping weights even after the gym’s policy had been implemented, and argued that vibration-generating disturbances were likely to continue.

“Even with the no-weight-dropping policy, it’s still going to happen. It’s just the nature of CrossFit: people are going to push themselves,” Abaquin said.

Hermosa is far from alone in fielding complaints about CrossFit gyms. The fitness craze, which has spawned an annual Olympics-style event and created legions of sculpted devotees, often involves intense movements with heavy weights, and dropping them is frequently the safest way to perform a particular exercise. The noise has prompted cities around the country to crack down on the gyms, even though many can be found in industrial or light-manufacturing districts like the one along Cypress Avenue.

Horsepower members showed up in droves to the July meeting, talking about the benefits the gym offered, and the lengths they went to to appease residents. Several of them lived nearby the gym, and said that they had never been bothered by noise or vibrations. Still, the council technically voted to declare the gym a nuisance. But because gym owners Jed Sanford and Dan Wells were unable to have an attorney present for the meeting — City Attorney Michael Jenkins had explained at the time that the nuisance proceeding was, by design, closer to an adversarial proceeding than a traditional public hearing — they agreed to give them additional time. (The gym’s attorney had sought a continuance the month before the hearing, but the request was denied.) At an Aug. 28 meeting, an attorney for the gym warned that one of the ordinances Abaquin relied on, which uses six criteria for determining when vibration becomes a nuisance instead of a machine-measurement, was fatally flawed, and amounted to an unconstitutional taking, a claim repeated in the lawsuit.

The complaint singles out Mayor pro tem Stacey Armato in particular for criticism, arguing that Armato helped a relatively small number of complaining residents produce the illusion of a more serious problem. Relying on quotations from emails the gym obtained through a public records request, it alleges that Armato exceeded her authority as a city councilmember by coordinating communications among affected residents and the City Prosecutor’s office, and acted as “an active member of the prosecution team,” exhibiting a bias against the gym long before the nuisance hearings over the summer.  In several of the emails, Armato refers to gym as a “nuisance” before the July 2018 meeting. Although “nuisance” is a legally conclusory term that requires specified findings, it is unclear from the context whether Armato, an attorney, is using the word as is done in everyday conversation to describe an annoyance.

The complaint seeks a “judicial declaration” that Armato’s actions were improper, and an injunction to prevent her from participating in future enforcement proceedings against the gym, “or any other properties or businesses” in the city, as a member of the City Council. Although not mentioned by the complaint, this would effectively prevent further action against the gym: two councilmembers, Mary Campbell and Justin Massey, live close enough to the gym that they recuse themselves from proceedings in which it is involved. If Armato were precluded from participating, the council would lack a quorum on the issue and could not proceed.

“Stacey was being a diligent councilmember responding to constituent complaints about a business that has been destroying the peaceful enjoyment of their homes for several years. The allegations in the complaint asserting misconduct are without merit,” Jenkins said in a statement.

In another example of alleged City Council bias, the lawsuit also describes the ShockBoxx art gallery as a “politically favored businesses” that has been allowed to operate free of scrutiny despite being just down the street along Cypress Avenue from Horsepower. ShockBoxx co-owner Michael Collins is married to Campbell.

This past Saturday, a police officer and a code enforcement officer arrived at ShockBoxx during an opening the gallery was hosting. According to Community Development Director Ken Robertson, the business was cited for holding an event without a temporary special event permit, for operating without a business license, and for having two unpermitted business signs.

In an interview this week, Collins said he paid the fine and submitted a business license application at City Hall on Monday morning, but said that he had never received a complaint from a resident before. Robertson said it was also the first time the city had received a complaint about the gallery, and that almost all code enforcement in the city is complaint-driven.

Saturday’s event was considerably smaller than others ShockBoxx has held in the past, and came 10 days after the filing of the lawsuit. Robertson said that he was prohibited from revealing who submitted the complaint about ShockBoxx, but denied that the enforcement action was related to the lawsuit.

One of the attorneys who crafted the lawsuit is Kit Bobko, a former Hermosa councilmember. During his time on the council, Bobko occasionally clashed with city staff, was falsely accused of not residing within city boundaries, and was the subject of an attempt to formally censure him.