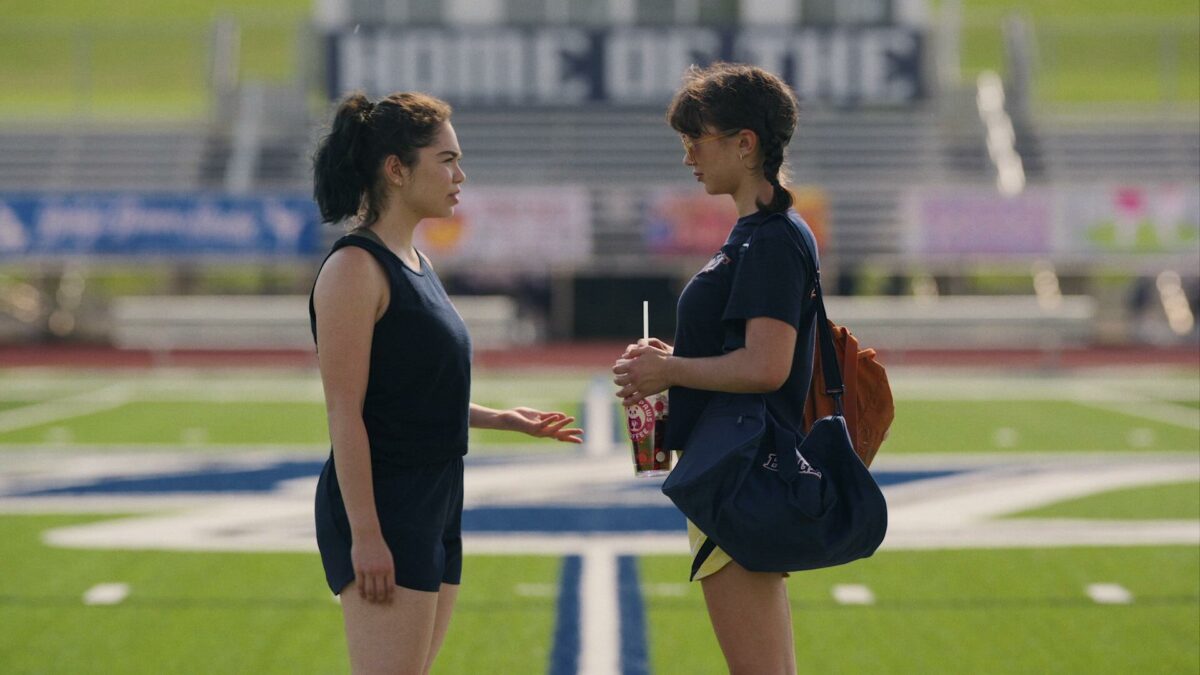 Auli'i Cravalho as AJ and Rowan Blanchard as Paige in "Crush." Photo courtesy of Hulu. 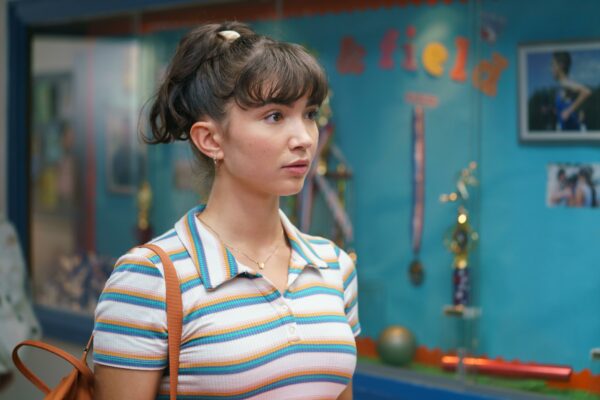 Rowan Blanchard as Paige in “Crush.” Photo courtesy of Brett Roedel and Hulu.

Paige, a cute, pert, self-aware high school junior, wants only two things in life: to get into the Cal Arts summer program for artists and for her “ever since grade school” girl crush Gabriela to like her. But, as her very straight friend Dylan points out, there are plenty of other girl choices. And straight means he and his girlfriend are always mauling each other or in bed or hosting parties for all their gay friends, which are myriad. Everyone at this progressive high school is definitely “out” and about.

The point and the charm of this slight but enjoyable TV movie is inclusiveness. There are no bullies, there are only supportive parents and reasonably supportive teachers with everyone helping everyone else to make the next step up the ladder of adolescence.

Upon learning that Gabriela is on the track team and that she is lacking in those extracurriculars that are needed for admission to elite programs, Paige signs right up, rather to the chagrin of the track coach, Coach Murray. He’s in need of one more runner for the girl’s relay team but Paige has never run before and shows no sign of being able to. He assigns AJ, Gabriela’s fraternal twin, to the task. As in all Rom Coms, AJ is smitten with Paige who is smitten with Gabriela who is smitten with and by everyone else (and at this school there are lots of everyone elses on the LGBTQ scale).

Paige’s single mom is ultra, as in “to the point of embarrassing,” supportive and wants her daughter to find a girlfriend, discover sex, and live happily ever after. She has always lived by her own rules and continues to do so, leaving a wide swath of lovers behind like so much used kleenex. It goes without saying that Coach and Mom will hook up.

But all is not quiet on the art front. Someone has been painting copies of Paige’s drawings all over the walls of the school, something the students love and the administration views as vandalism. Convinced that Paige is the culprit, the principal wants her suspended. Mom to the rescue and Paige has until the end of the semester to find the real culprit.

It matters little that the plot lines and ending are foreordained. Someone’s heart will be bruised but not broken, Paige will discover love, and all’s well that ends well. 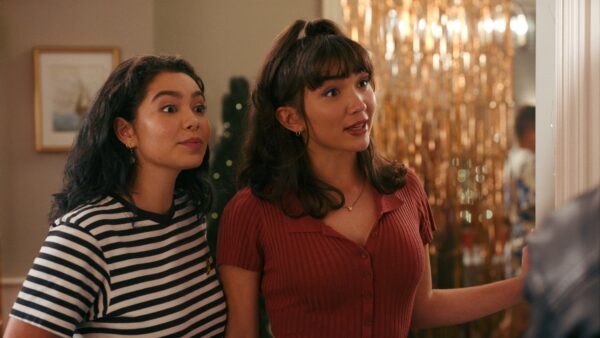 Auli’i Cravalho as AJ and Isabella Ferreira as Gabriela in “Crush.” Photo courtesy of Hulu.

The dialogue is quick and succinct, the action moves swiftly, and all the characters are sympathetic even if cartoonish. No ground, new or otherwise, is broken; all the kids are good kids; and the adults are non-judgemental. Not the real world, I know, but happily ever after with a cast of gay characters isn’t a bad thing. There’s very little actual character development, no lessons are learned, and everyone is kind. That there are funny moments is a bonus in this YA film.

Written by Kirsten King and Casey Rackham and directed by Sammi Cohen, it is actually the producers behind this film who lend credence to the production, among whom are Natasha Lyonne, Maya Rudolph, and the powerhouse brothers, Chris and Paul Weitz.

Watch this with your adolescent. It’s “After School Special”-light (if there had been such a thing) and worry about the “Don’t Say Gay” army later. No one dies; no one is remotely damaged. If there’s anything objectionable it’s the straight couple who bang like rabbits and the alcohol fueled parties. We’ll have to wait for the sequel — “Always Use a Condom.”