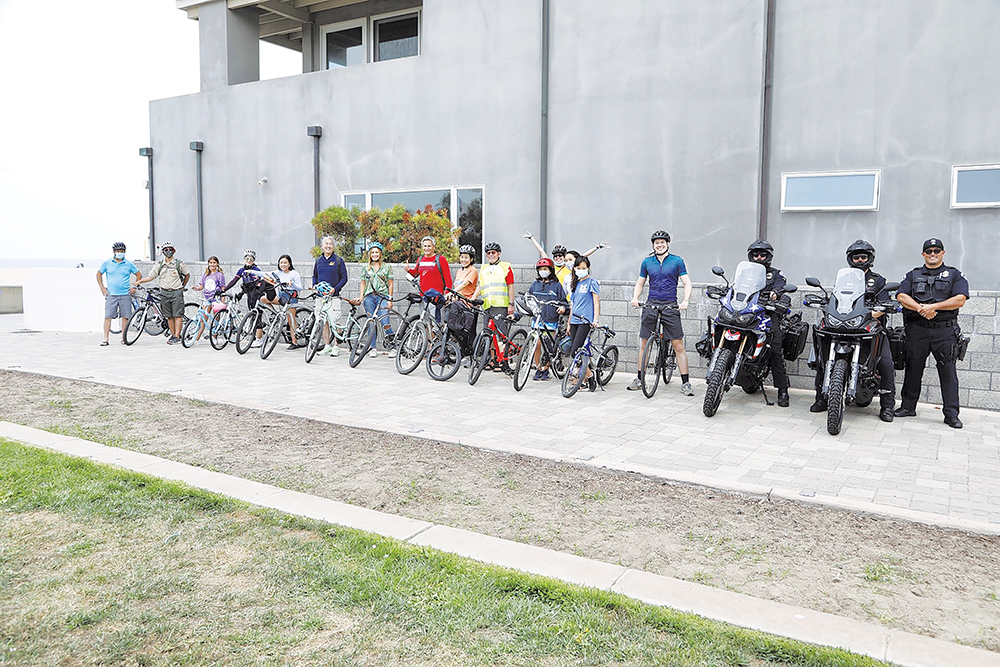 South Bay cycling activist Julian Katz was remembered on Sunday during a memorial bike ride organized by the South Bay Bicycle Coalition, and led by State Assemblyman Al Muratsuchi. The ride started at Torrance Beach and followed the bike path to the Manhattan Beach pier. Approximately 50 bicyclists, riding in small groups to avoid clogging the bike patch, participated in the family friendly ride.

Katz passed away in June, 2018, at age 88, of prostate cancer. The following year, the Hermosa Beach City Council unanimously voted Tuesday to rename the Hermosa Avenue “sharrows” — sets of painted arrows and cyclist icons that run along the number two lanes of Hermosa Avenue between 24th Street and the border with Redondo — the Julian Katz Memorial Bike Route. Katz had served on the Public Works Commissioner, as well as the SB Bicycle Coalition board.

Thanks in part to the urging of Katz and other members of the Bicycle Coalition, Hermosa approved the South Bay Bicycle Master Plan in 2009. The agreement, which would eventually join together seven cities, was intended to allow for cooperation in the design of bike-friendly infrastructure, including bike routes, dedicated lanes, and “sharrows.”

The Hermosa Avenue sharrows, completed in January 2010, were a pilot project for the master plan, and they proved the viability of the concept for other parts of the South Bay. Jim Hannon, a friend of Katz and the president of the Beach Cities Cycling Club, said that studies by traffic engineers had indicated that the sharrows had contributed to “huge-reductions” in life-threatening accidents. ER