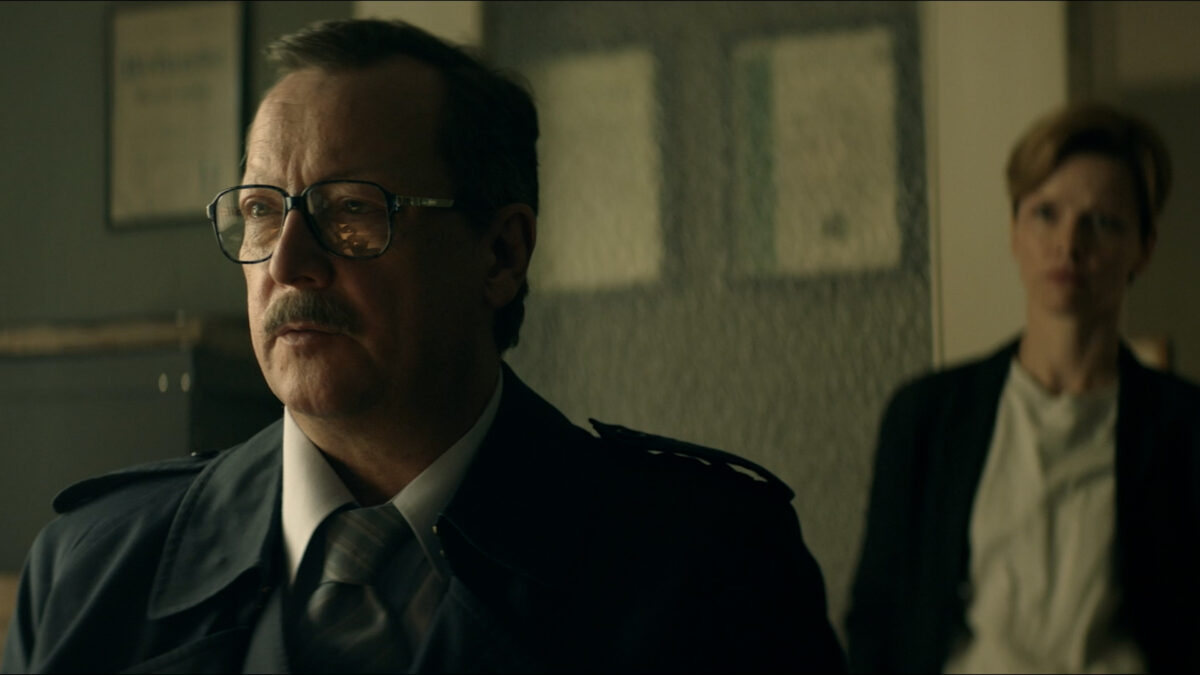 “Dark Woods,” a six part mini series premiering on the Topic streaming platform, is a fitting title. Written by Stefan Kolditz and directed by Sven Bohse, “Dark Woods” is based on true events. The title is apt in more ways than just the titular forest.

In the summer of 1989, the bodies of two different couples were found in the forest of lower Saxony, shot at close range with a small caliber weapon. Stripped, bound, and possibly sexually assaulted, the police zero in on a troubled artist who lived nearby and was acquainted with the area. An irritant to their quick over-and-out solution is the newest member of the team, Anne Bach. She already has three strikes against her—she’s new, she’s an outsider from Hamburg, and, primarily, she’s a woman. She sets out all the reasons why they should not close this case but her arguments are ignored.

Convinced that they have solved a probable serial killing, they focus on the disappearance of Barbara Neder, the wealthy, soon-to-be ex-wife of industrialist Richard Neder. Richard is seeking the dissolution so he can marry his girlfriend and Barbara has been putting up a big fuss. Coincidentally, and very inconveniently, Barbara is the sister of the head of the Federal police in Hamburg, Thomas Bethge. Bach, it turns out, was his protégée at the police academy, and she feels they should focus on more than just the husband. Barbara went missing after an encounter with a man she met at a party and he should also be in the mix. But the police, with the cooperation of a prosecutor more interested in closing cases than investigating them, refuse to even consider other possibilities. The prosecutor has the power to decide who and what is investigated. It is the prosecutor who decides that Bach’s lines of inquiry are baseless and refuses to issue subpoenas or search warrants.

Bethge is a by-the-book career officer and when Bach comes to him with her suspicions and frustrations, he coldly informs her that she must follow the rules and obey the hierarchy. As the case grows colder and colder, he realizes that he has made a giant mistake. The police abandon their investigation, convinced that the husband did it even though they can’t prove it and Bach faces greater and greater hostility.

The years go by and even when new evidence crops up, the local police of Lower Saxony in concert with the head prosecutor, refuse to budge or investigate. Bach, unable to take the lack of respect, the disdain, and the sheer incompetence, if not corruption of the criminal investigation service, transfers back to Hamburg. 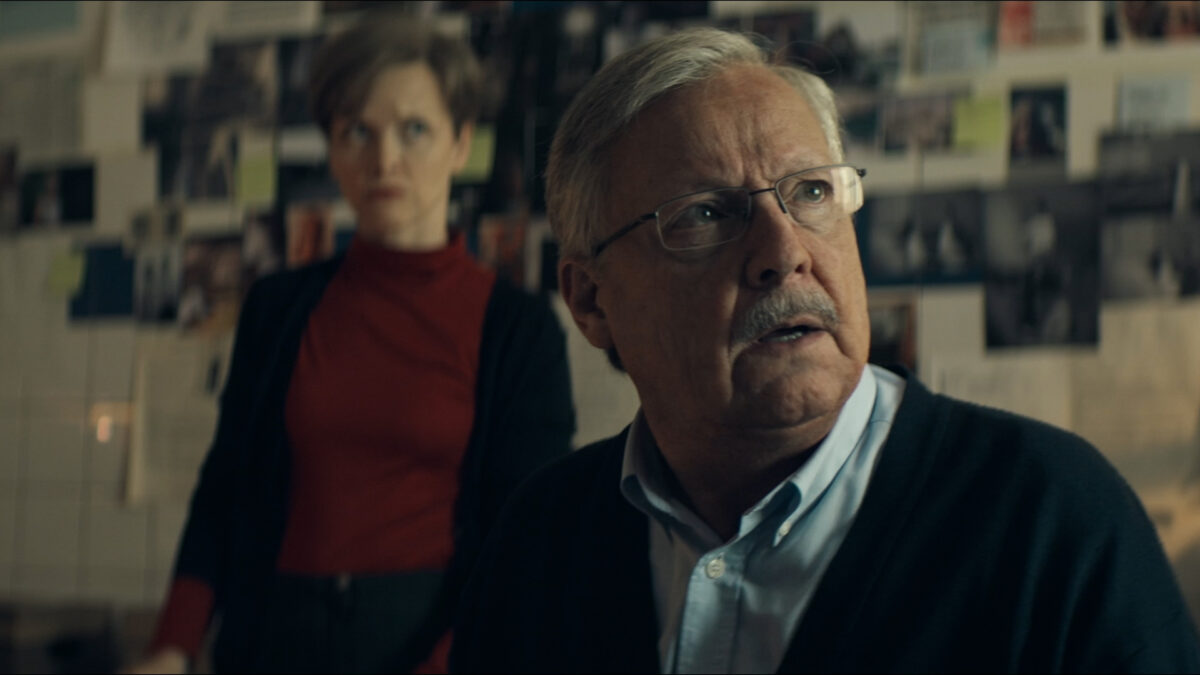 “Dark Woods” follows this true life case over a period of 25 years and the obsession of Bethge, the brother, who knows there is evidence that the police have refused to look at. His obsession drives the story while driving him mad.

This is a very good series and will be a welcome addition to the many excellent crime series that can presently be streamed on various platforms. The acting is a bit spotty as several of the characters are poorly drawn and shallow. The motivation to ignore evidence and block the inquiry is never pursued, leaving the viewer to assume a level of incompetence that may have been motivated by corruption. The director and writer make implications of collusion and corruption throughout the series without ever going deeper and that is a major frustration. This is like a bomb dropped unexploded where you are always waiting for the timing device to go off and it never does. It, like so many other things in the show, is a red herring but one left unresolved.

That many of the actors are caricatures, from Bach’s prime suspect to the police and especially the prosecutor, is the collision of unnuanced performances with poor direction and writing. Nevertheless some of the acting does stand out, especially Nicholas Ofczarek as Robert Neder, the estranged husband. His descent over the years from the beleaguered husband of an alcoholic wife to a man ruined by false accusation over the span of decades, could have devolved into histrionics but it didn’t. He mastered the slow dissolve.

The two leads are excellent. Matthias Brandt as Bethge has enough range to sustain the character development of a man who coldly goes by the book until the book no longer works and then becomes the increasingly obsessed man who takes everything personally.

Karoline Schuch as Anne Bach is the real star of the series. Absorbing the life lessons of the lone woman in a rabidly testosterone entrenched bureaucracy, she grows into the determined and calming force who will eventually get the mystery solved.

Streaming exclusively on TOPIC beginning May 13.