“Deep Blues” – In all the colors [MOVIE REVIEW] 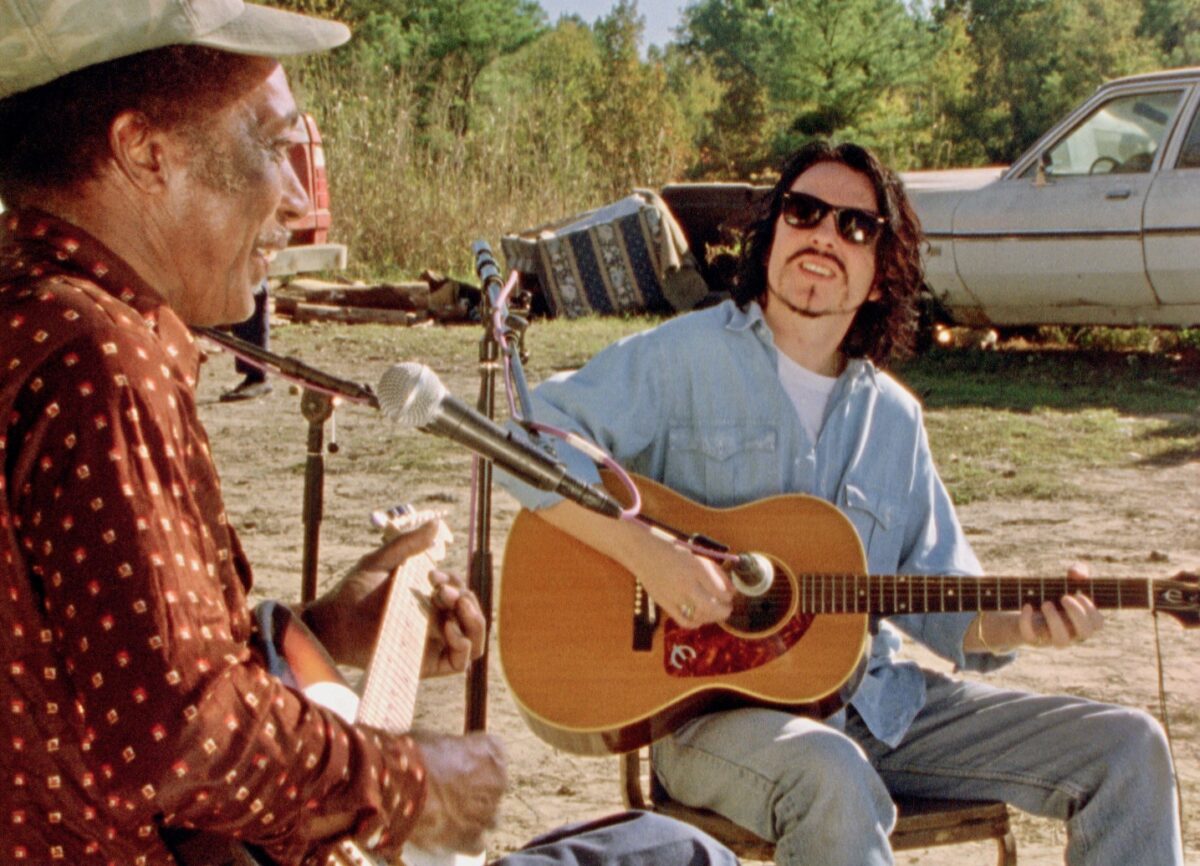 “Deep Blues,” the 1991 Robert Mugge-directed documentary about Blues singers has been given a 4K restoration. Written and narrated by Robert Palmer Jr., the film is based on Palmer’s book entitled Deep Blues, a highly regarded history of the blues written in 1982. Commissioned in 1990 by Dave Stewart of the Eurythmics, Director Mugge and writer Palmer set out with their cameras to record what was left of the best rural blues performers in the South.

Starting in Memphis, TN, Palmer’s guide, Abe Schwab,  fills in a bit of the history of Beale Street and its importance in the development and spread of the musical form known as the “Blues.” Lost to the wrecking balls of urban renewal, very little is left of the original clubs and studios that used to line the street. Following the Mississippi River south from Memphis, Palmer takes Stewart to Greenville, Mississippi as they begin their tour of the juke joints and private homes of talented musicians whose livelihoods, for the most part, are not the music that feeds their souls. 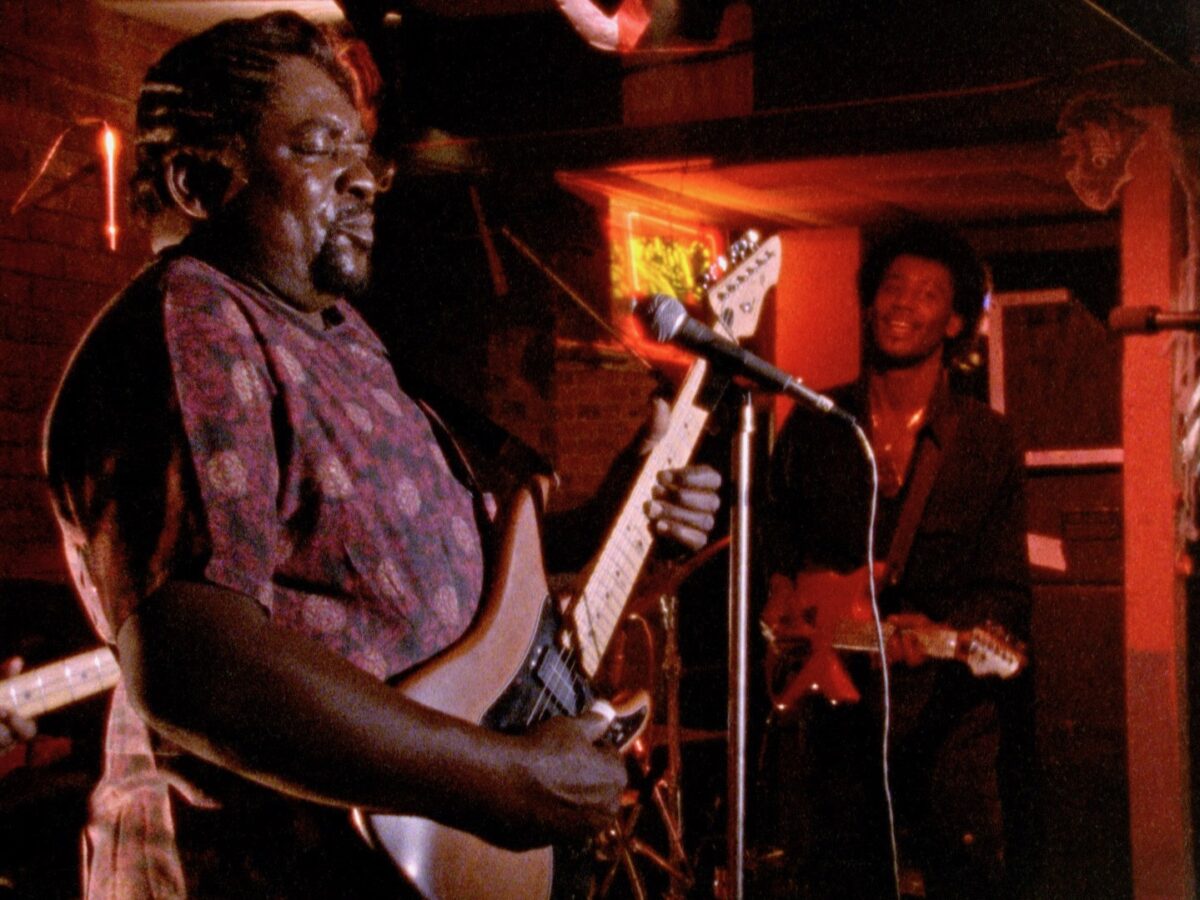 Stewart, jamming and learning from R.L. Burnside, who teaches him a thing or two about the guitar, leaves the road trip after Greenville. Palmer continues following the Mississippi as he goes deeper and deeper into the South, recording and enjoying such musicians as Jessie Mae Hemphill, Junior Kimbrough, the delightful “Booba Barnes,” and Lonnie Pitchford, among others. Each has a unique style that has been handed down by their Blues forbearers and kept alive in the bars and porches that extend down into the delta.

Palmer fashions himself like a modern day Alan Lomax, the musicologist who spent much of the 1940s and 50s going across the country making field recordings of folk music and documenting the oral history of these musicians. But Lomax’s recordings and interviews were not just limited to folk music as sung by Woody Guthrie, Pete Seeger, and Burl Ives, it was Lomax who discovered Muddy Waters, a native of Clarksdale, MS, visited by Palmer et al., who carried on the tradition of one of the most famous blues artists of the region, the recently deceased Robert Johnson. Recorded by Lomax, Waters decided to go north and try his luck as a professional musician. 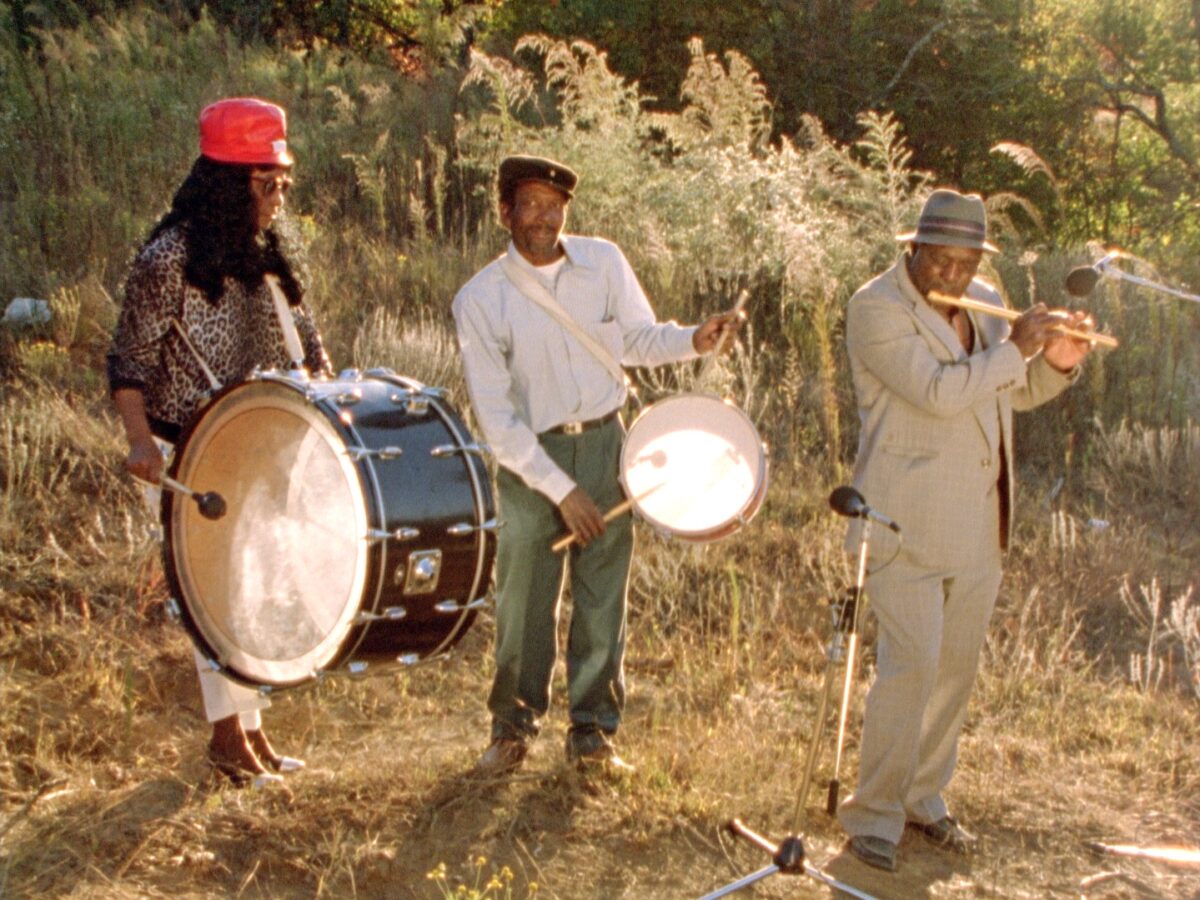 Primarily unknown outside the rural regions where they live, Palmer’s reverence for the blues artists he records and documents jumps off the screen.

Palmer, very white and awkward, is not particularly telegenic. It might have been better if he had given himself less screen time, devoting it instead to more music. But regardless of his lack of presence, at least we have the music, and that alone is worth the price of admission. The film is also a reminder of the gulf in the opportunities offered the African American in the deep South (or anywhere else for that matter) because the jobs afforded them definitely give them the right to sing the blues.