Spumoni offers Italian classics in an upscale environment on Aviation 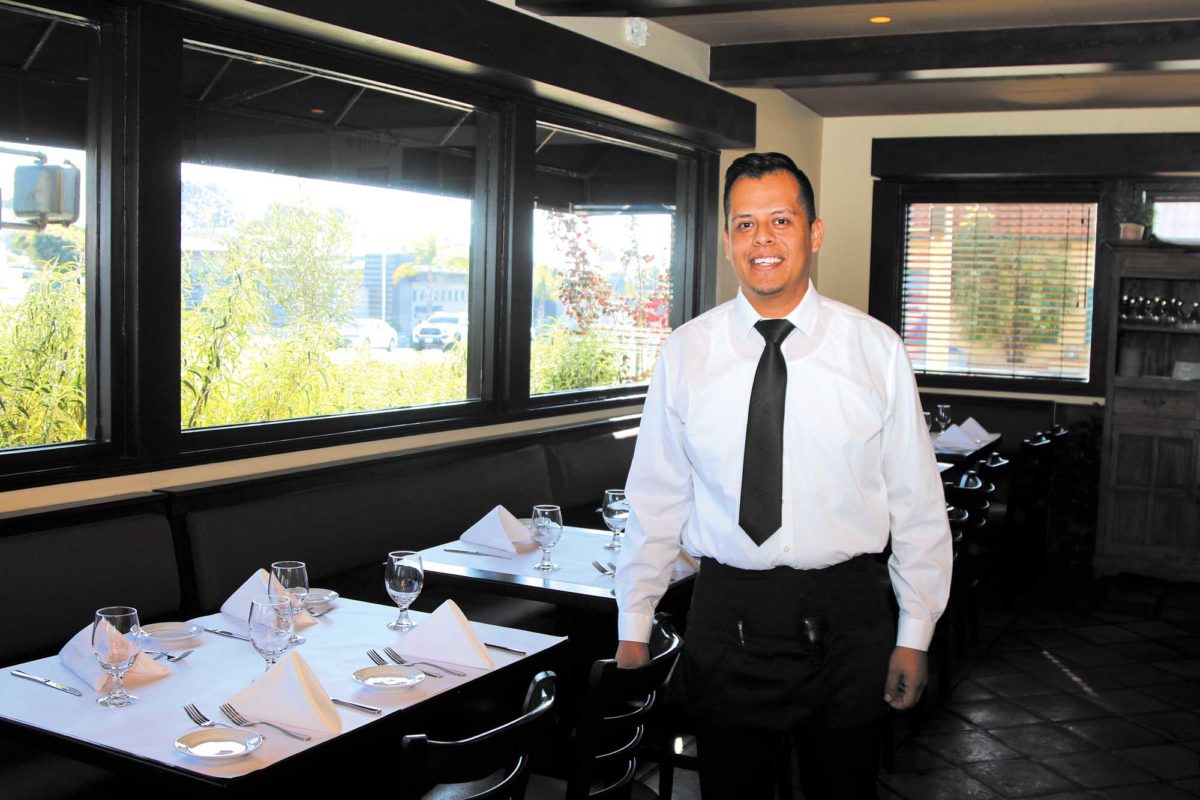 When it comes to food and culture, Aviation Boulevard has always been mainly a way to get from one place to another rather than a destination. I remember being sad when the Either/Or bookstore moved there, because I foresaw that it wouldn’t go well. Even a business with that much goodwill couldn’t break the curse.

That doesn’t mean there isn’t some good food along the way, because there is, but mostly of the fast food variety. There is a good diner and multiple pizzerias and Mexican joints between PCH and Rosecrans, but most survive mainly on take-out business. An exception closed earlier this year, when Kochi vacated their digs at the corner of Aviation and Prospect in Hermosa Beach. That South Indian restaurant was the most stylish in the area, and it was a brave move when Spumoni moved in with an upscale Italian concept. If a restaurant serving food you couldn’t get anywhere else couldn’t become a destination, how could a restaurant offering a cuisine that is one of the most widely available in the South Bay?

Based on the fact that Spumoni has been buzzing every time I’ve stopped by, they’re thriving. Some customers were concerned when they suddenly closed for two weeks, but that was to upgrade the pizza oven. They reopened a few weeks ago, and if anything seem even busier.

The draw isn’t cutting edge food or regional arcana, because the menu might be characterized as Italy’s greatest hits, special bonus edition. If you can’t find something on this menu that looks good then you not only don’t like Italian food, you don’t like food.

On our first visit we ordered both an appetizer and a salad with our mains, something not really needed for a party of two because the portions are generous. I was curious about the calamari affogati appetizer, squid sautéed in a tomato-chili sauce with sweet peas and garlic. It wasn’t what I had expected, because rather than the sauce being a glaze we received a full bowl of seafood and sauce that only needed some pasta to be a full meal. A zippy full meal, too. They had a liberal hand with the red pepper and garlic. Since Spumoni serves good housemade bread we used that to mop up some of the sauce and took the rest home.

We’ve tried two salads, the Caesar and a spinach salad, and of the two I prefer the Caesar. The vinaigrette on the spinach was so mildly flavored and lightly applied that we weren’t sure it was there, and it blurred the line between a salad and a bowl of raw vegetables. If you like fresh veggies almost unadorned, this is for you, but we preferred the Caesar. That dressing had a good balance of egg, garlic, and cheese, and those who like anchovies can ask for them on the side. (It’s three bucks extra, but for those who like their Caesar robust it’s well spent.)

Several types of pasta and the gnocchi are made in house, and based on snooping at the tables around us, those and the pizzas seem to be the major attraction. We tried two pastas, the strozzapreti carbonara and pennette puttanesca. (The names are fun – one means “priest-strangler,” the other “whore’s pasta.”) The strozzapretti are long tubes of pasta, the pennette shorter and fatter tubes, and they both had the slight springiness you only get when it’s freshly made. The carbonara sauce was made right, without cream, so that the richness is from the egg yolks and grated cheeses that are added to the hot pasta after it comes out of the pot. A little pancetta, a little black pepper, and it’s rich with a bacony spice. The puttanesca is much bolder, spicy with a shot of red pepper, capers, anchovy, olives, and garlic. When those big flavors are in balance it’s outstanding, and this one was very good indeed.

The pizzas were only slightly less impressive, the New York-style medium crust flexible enough so you can fold it if you want to eat it East Coast style. Their pizza sauce is strongly herbal, which I like, but their use of toppings was weird when applied to one of the most famous pizzas, quattro stagioni, or “four seasons” style. This is always made with four different toppings on different sections of the pizza, so you get a set of distinct flavors. Instead Spumoni piled all of the toppings together, which misses the point by a mile. We asked our server if we had gotten the right pizza and he pointed out that all of the toppings were there. They were, but it’s like putting a dinner of steak, potatoes, and vegetables in a blender and not seeing anything unusual about it. It wasn’t a bad pizza, but it wasn’t what we expected.

On another visit I ordered a pollo saltimbocca, chicken topped with prosciutto, mozzarella, and sage before being baked. It was an unusually good version of the dish, made with a sauce that contains beef stock and is a bit richer because of it. The double breast with rosemary potatoes and sautéed vegetables was almost enough for a main course for two, and I took about half of it home.

The wine list is not particularly long but has a changing selection of Italian and Californian wines. I was particularly happy with a Villa Pozzi Sicilian Pinot Grigio, which worked surprisingly well with the spicy squid. The servers know their by-the-glass list and offer tastes, so feel free to investigate the ones you don’t know.

The most surprising thing about their desserts is what they don’t make – while they have a fine housemade tiramisu and other items, a restaurant called Spumoni doesn’t make their own. They do offer Bindi spumoni imported from Italy, but it’s not as good as when freshly made, and I’m sure they could find it around the South Bay if they looked.

Spumoni’s main room is nicely decorated but can get very loud when the place is full, particularly on Fridays and Saturdays when they have a lounge singer belting out Sinatra hits during the dinner hour. If you like to talk, ask for a space on their patio, which is more spartan but quieter. This restaurant is ambitious for East Hermosa, but more modestly priced than their counterparts downtown – dinner for three ran $125 with wine, which is not bad at all. The recent opening of Barsha nearby is bringing more attention to Aviation, and the day is here when people will leave downtown to visit instead of going the other way.

Those with dietary restrictions should note that the menu does not specify which items are vegetarian or gluten-free, a surprising omission. Some items use meat stocks, so ask if you have restrictions.