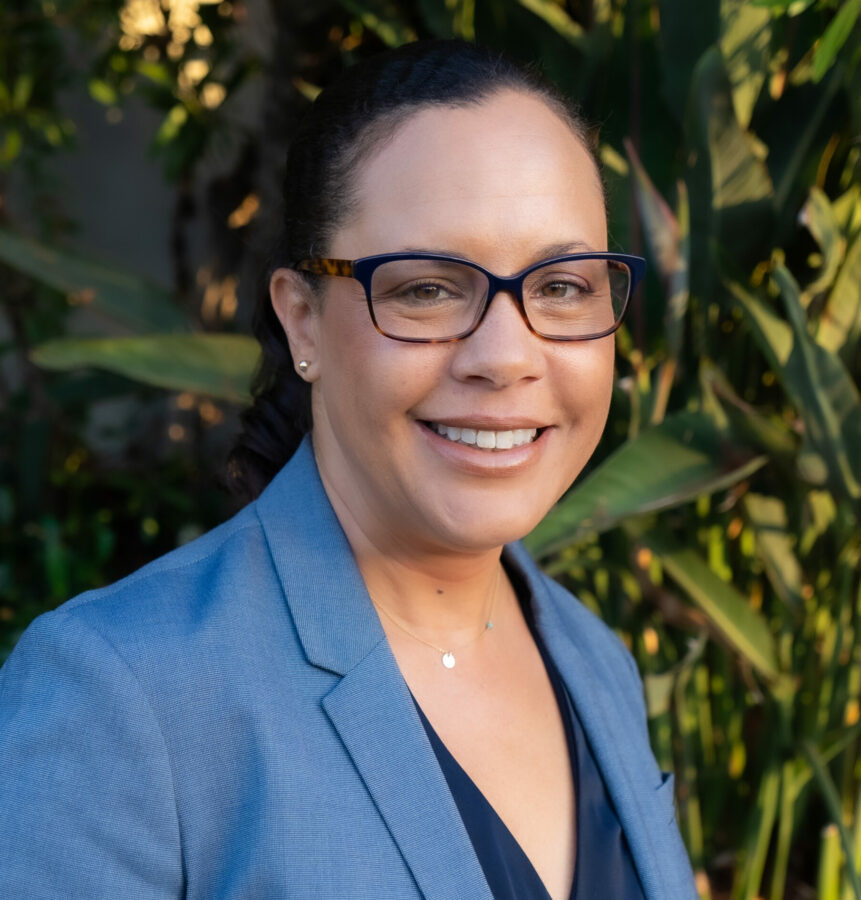 The Redondo Beach school board opened its Oct. 6 meeting and went into a quick closed session.

When they returned, Board President David Witkin announced that Dr. Nicole Wesley will be the next Superintendent of Redondo Beach School District, by a 5-0 vote.

Boardmember Rolf Strutzenberg, sitting next to Wesley, turned and offered his hand and they shook.

“You are the future of RBUSD,” Boardmember Raymur Flinn told Wesley, an 18-year district employee, including five years as principal of Redondo Union High School, three as principal of Adams Middle School, and most recently, seven years at the district office as assistant superintendent, in charge of human resources.

“I am so excited for this, I couldn’t be happier,” said Boardmember Rachel Silverman-Nemeth.

Dan Elder then extended a “thank you” amidst the congratulations.

“You made this decision easy,” he said. “Everyone has something great to say about you.”

“Nikki’s a rock star,” said Strutzenberg. “She deserves the utmost support so we all can succeed.”

“I was so excited to get to that part (to vote on Wesley) that we skipped the pledge,” he said.

Then the board and those in the crowded seats stood up and recited the Pledge of Allegiance.

Later in the meeting, Wesley received congratulations from Sarah Robinson, President of the Redondo Beach Teachers Association, as well as from the PTA and Redondo Beach Education Foundation.

Wesley signed a contract for an annual salary of $309,000 with 24 vacation days.

“I am deeply honored and humbled to continue after 18 years…” she told the board and crowd. “I do appreciate the 5-0 vote a lot. I don’t want to take that lightly.”

She thanked her parents, who were in attendance, both retired middle school principals. Wesley thanked her daughter, a seventh-grader at Parras Middle School.

Pictures were taken with the board, retiring superintendent Steven Keller, Wesley, her parents and stepfather.

“You are welcome to come back for every board meeting in your daughter’s tenure,” Witken joked.

“It’s been amazing. I was excited to receive the 5-0 vote. The community deserves a unanimous vote, it represents the board being on the same page, so we can work together,” she said.

Wesley’s first job in the district was in 2004, as assistant principal at the high school.

She grew up wanting to be an attorney. Following graduation from UCLA, Wesley started law school at Loyola Marymount with a summer class in torts and negligence. Three weeks later she went to the financial aid office to sign on to what would eventually total $97,000 in debt.

Wesley decided to wait and apply to a public law school.

At the time, 1997, due to a teacher shortage, the state hired new, emergency teachers, with the requirement that they were enrolled in a credential program. Wesley signed up at Cal-State Dominguez Hills because a friend of her father’s, an administrator at Webster Middle School in Los Angeles, had an unexpected opening for a summer school remedial English teacher.

“I took that position, and I loved it,” Wesley said.

At the end of the summer, she was offered a job teaching sixth grade.

Law school was out, she had chosen to be a teacher.

“Things happen for a reason,” Wesley said. “Sometimes we simply need to embrace the journey.”

Wesley grew up in San Pedro, graduating from San Pedro High School in 1993 as ASB president.

“I’ve always had an interest in providing the greatest positive impact possible,” she said.

“I had a few mentors, my parents were definitely influential, I learned from them life skills, relational skills, it’s all about people and relationships, and how you treat others,” she said.

“My dad is very giving. He’s always been a role model, acknowledging all of the good we have in our lives. My mom is definitely the one to remind me to stay focused on the positive. I think it’s important to have a positive default.”

She soon will oversee the 9,800 students of the Redondo Beach Unified School District.

“Dr. Wesley is deeply invested in this community and all-things RBUSD,” said Keller, who is retiring after 16 years as superintendent. “She is a gifted leader who will advocate for each and every single one of our kids. I applaud the board’s selection. She will take Team RBUSD to the next level.”

“Maybe it’s overwhelming in a good way. It’s a challenge, and I like challenges,” she said.

“I did not know. It was something I was hoping for. It did catch me off guard,” Wesley said. “It’s a huge difference to get to a 5-0, versus a 4-1. I want all five board members to have confidence in me, and work closely with me. It’s about all six of us being focused on the needs of our school community.”

What was it she was attracted to about the law?

“Intuitively, I love a great debate, a good argument with supporting evidence,” Wesley said. “In many ways the world operates in black and white, either yes or no. But I like to live in the world of gray, within the parameters of the law. I like to figure out how we can make something happen. Oftentimes, this requires creativity and some risk.”

She identified issues to work on in the district as teacher shortages and consistent funding.

“I have ideas, but I want to hear from all, and create a plan together,” she said.

What has it been like to work for Keller?

“It was and still is an amazing experience. He has high expectations, as he should,” Wesley said. “He’s direct, also positive and has a sense of humor.”

Will she continue his tradition of meeting every person hired in the district?

Strutzenberg votes with board for Wesley

Dr. Nicole Wesley’s hiring as the new RBUSD superintendent concluded a process during which Board Member Rolf Strutzenberg sought to conduct a search for candidates outside the district.

He was in the minority. The other board members thought an external search was unnecessary because of the strength, knowledge and district awareness of internal candidates, who had the support of outgoing superintendent Steven Keller, the well-regarded district leader since 2008.

In the end, Strutzenberg voted with the full board for Wesley.

“It was going to happen regardless. A 4-1 vote could be detrimental. You have to look at what’s best for the district,” he said. “She deserves our full support, I have no problem giving it. It’s the right thing to do in that situation.”

Strutzenberg was elected in 2021, as were colleagues Dan Elder and Rachel Silverman-Nemeth.

“I was always truthful about my position,” Strutzenberg said. “I’ve only been around the (internal candidates) for a year and a half.” ER