ELECTION 2022: Measure A parcel tax defeated in a landslide 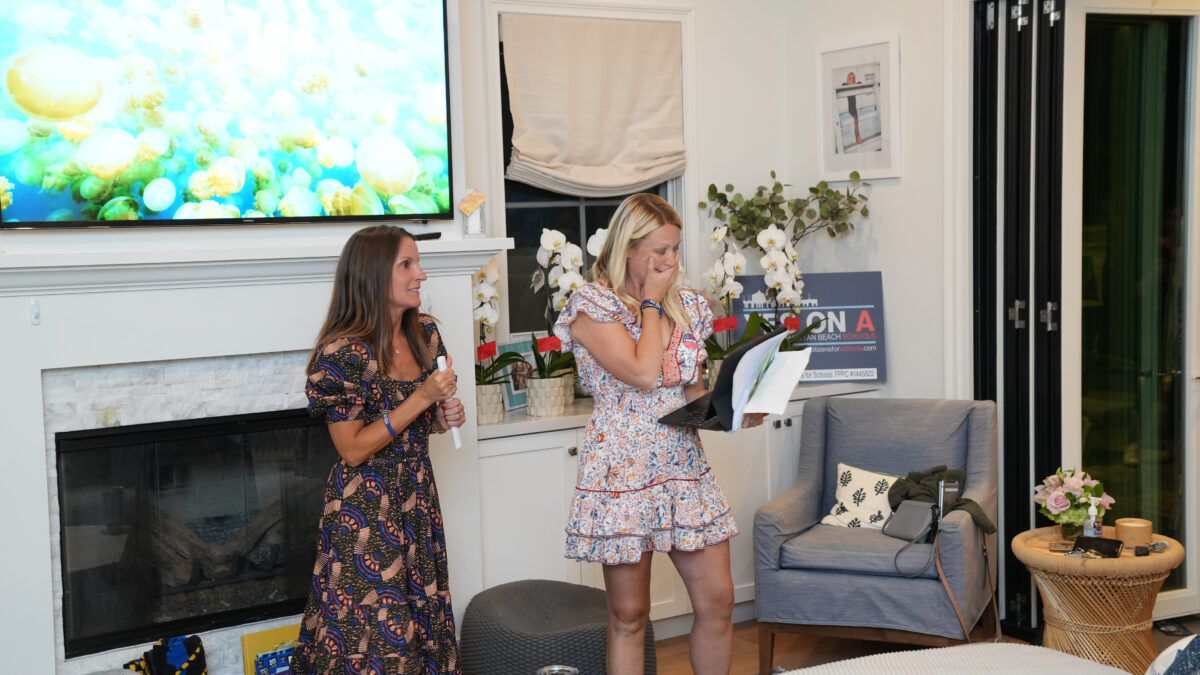 Measure A, a $1,095 parcel tax proposed by a citizen’s initiative, was emphatically rejected by Manhattan Beach voters in Tuesday’s election. The measure was opposed by 68.8 percent, a total of 4,830 voters, with 31.20 voting in favor, or 2,190 voters.

Councilperson Joe Franklin, a leading voice opposing Measure A, said that while he took satisfaction in Tuesday’s results he is aware that a school funding problem still needs to be addressed.

“While I am pleased that Measure A is defeated, I am acutely aware that the challenge of funding our Manhattan Beach schools still remains,” Franklin said. “I want to be involved in creating a sustainable solution.”

Weinstein said Wednesday morning she kept getting one question: when are you going to do it again? Her answer was no time soon.

“This was our one and only shot,” Weinstein said. “The kids are the ones who lost.  I’m sure the anonymous groups are the main reasons the votes came in the way they did. They scared our voters. It is easy to tear something down.  It is almost impossible to build it up. It will take many many years to recover from this.”

The last time a parcel tax was defeated, in 2003, it took 15 years for another to come forward. Weinstein, who is also the PTA advisory council president, said that it is not well understood how much work it took to get Measure A as far as it got. She and co-chair Angie Smith worked hundred hour weeks since January, four other volunteers worked full-time, and over 100 others contributed significant time to the campaign. The frustration, Weinstein said, was to see the campaign caricatured, both anonymously and otherwise, in a way that apparently resonated with voters.

The hope now, she said, is that the Fair Political Practices Commission bears fruit in its investigation of the anonymous campaign against Measure A so that the school board election runs fairly.

“I hope they treat the November election in a real way, understanding you can’t be a random, anonymous naysayer and not have any consequences,” Weinstein said. “There is a reason the FPPC exists, so voters can know who is running campaigns. Is it a national PAC? We don’t know.”

Measure A was unprecedented both in the size of its ask —  the previous parcel tax, 2018’s Measure MB, imposed a $225 parcel tax —  and the fact that it utilized newly settled law which gave it a lower, bare majority threshold to pass, rather than the 66 precent supemajority required previously. Opponents attacked this aspect of the measure and nearly everything else about it —  its 12 year length, intended to fund an entire generation of school children; its premise, which was that Manhattan Beach Unified School District students are underfunded, in terms of state funding by $2,000 per pupil compared to the state average; and its overall cost, which with CPI inflation increases would have exceeded the $144 million price tag at the $12 million a year the tax would have initially provided. Earlier in the campaign, opponents also argued the senior and low income exemptions would have been difficult to obtain, a false claim largely abandoned as the campaign wore on.

The FPPC has not yet launched an official investigation, but is still in a less formal investigatory mode, gathering facts to see if either of the two complaints filed —  one by Sinclair —  has enough basis to further investigate.

Politics aside, Weinstein said her concern is what happens to local schools now. MBUSD faces a projected “financial cliff” two years out in which school funding is projected to further drop, which could result in dozens of teacher layoffs and larger class sizes.

“I am terrified,” Weinstein said. “Again, the kids are really the ones who lost. They are the ones who will miss out on all kinds of programs which will face budget cuts over the next decade, instead of receiving an adequately funded education. I really don’t know what happens next.”

“Valuable lessons are learned on all sides of an issue after such an election,” he said. “We need support for our schools. We need to understand what is truly needed and how we can best target our efforts to meet that need. Residents need to understand the process to get buy-in for the solution. This takes time. If residents have confidence in the data and the process, then history has shown us that Manhattan Beach residents will support it.”

Manhattan Beach Education Foundation executive director HIlary Mahan, who was part of the MB Citizens for Schools efforts, said the defeat stings but that she’s hopeful opponents will do as they promised and find a compromise solution.

“It is truly disappointing that Measure A did not pass – it was our opportunity to fund our community schools at the level our students deserve,” Mahan said. “It was not about staving off cuts in 2022/23. Measure A was about bringing funding to our schools after years of cuts that have impacted the fundamental programs and support that our kids need. My hope is that those that said not now to a parcel tax will step up to make it happen before our schools suffer more so. Support of MBEF from the entire community will be more critical than ever now.”

“I am acutely aware of my promise to work on developing and supporting a right-sized parcel tax,” Franklin said, “and look forward to working with our community to develop it.”

[Editor’s note: A photo of a Measure A lawn sign that accompanied this story has been deleted because the sign did not reflect the opinion of the Manhattan Beach resident on whose property the sign appeared.] ER