Evolution beneath the surface at Snax Redondo 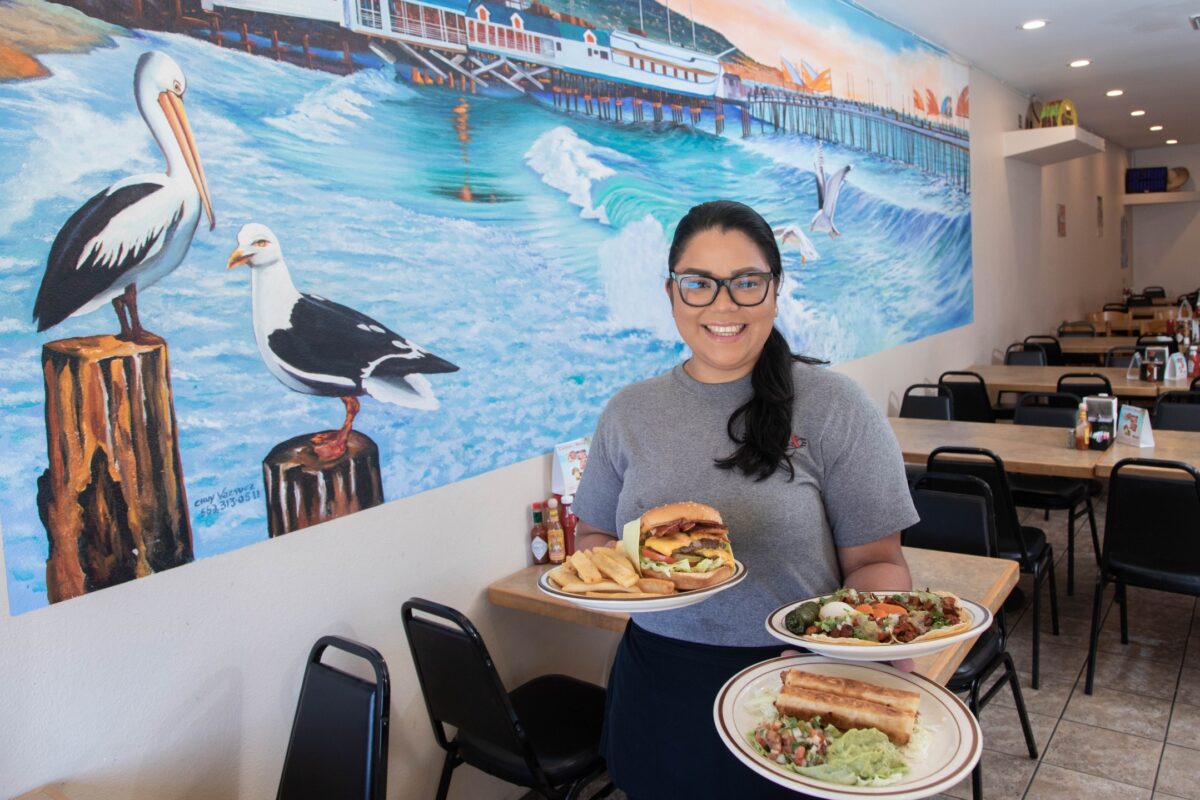 A football executive named Robert Gallagher added a quip to the lexicon when he said, “Change is inevitable, except from a vending machine.” The saying has lasted because humor and pessimism help us cope when something we loved in its original form gets a makeover.

The restaurant industry has some examples that seem to go against this trend, the menu at In-N-Out Burger in particular. Prices inched up over the decades, but the selection stayed so constant that when they added hot chocolate in 2018, it was covered in newspapers. (The previous change had been in 1975, when they introduced milkshakes.) Compared with restaurants that have a huge list of daily specials, this is like comparing a Galapagos tortoise to a cheetah, but it is still a departure from what came before.

One of the most steadfast local restaurants is Snax, which has had the proud slogan “Home of the Super Burger” since 1954. I remember eating these at their Torrance location when I was still in high school. They were everything an adolescent could want: huge, tasty, and sloppy. Unlike some other fast-food items, we were not allowed to eat them in the car.

They started in Redondo, moved to Torrance, added and subtracted locations, and reopened in Redondo in 2010. The slogan was the same, the burger still the big messy thing that puts a smile on a kid’s face, but they had added a dimension by introducing solid but unexceptional Mexican food.

I have stopped into their location on Artesia a few times a year when I needed a quick bite, and they were as reliable and predictable as an atomic clock. Lately, though, they’ve changed focus, and the formerly limited Mexican menu has grown to include chicken mole, birria, molcajetes, and other items that aren’t usually offered at fast food places.

The room doesn’t reflect the change. It’s a neat but rather spartan dining hall that typically has TVs tuned to three different channels, sometimes with the sound competing with Mexican music coming out of the kitchen. They do have table service, and it’s generally fast even though the staff is often interrupted by handling takeout orders.

The classic items are handled well, particularly the taquitos that are generously stuffed with the meat of your choice and then pan-fried in oil rather than going through a deep fryer. (The deep-fried versions are crispy, but the fillings tend to be desiccated.) These are served with a generous amount of pico de gallo over lettuce that works as a salad, plus a dollop of guacamole. Given that you get a basket of chips and their medium-spicy salsa with every order, you can get these a la carte and have a very good, light lunch. 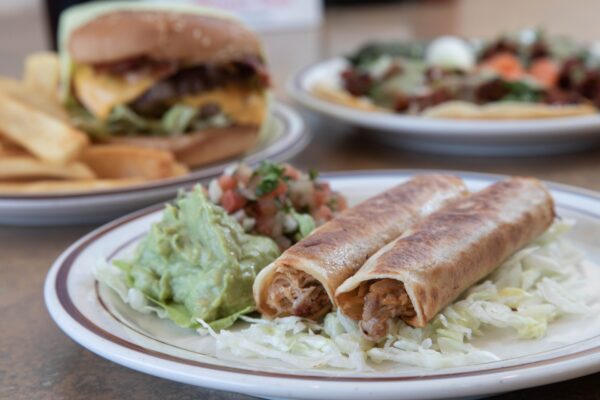 An order of taquitos at Snax. Photo by JP Cordero

We got them as a starter, and followed up with a four-taco platter and a carnitas burrito. They’ll make the four-taco platter with four different fillings, something not offered everywhere, and it’s a perfect way to experience several house meats all at once. The al pastor and birria were my favorites, and I’m delighted to see birria making its way onto so many menus around town. The version here is a rich, dark stew with a hint of cinnamon, and having that taco made me want it as a main course next time. The tacos are served with onions, cilantro, and a dollop of moderately spicy green sauce, and garnished with pickled carrot, just the way they’re supposed to be.

My wife had a carnitas burrito that was everything you expect from one. It was topped with a mild enchilada-style sauce, a sprinkling of the “Mexican cheese blend” that’s mostly jack and cheddar rather than cotija, and inside was enough meat, rice, and beans for two meals.

On another visit we tried another item from the Mexican menu — their chicken soup. The broth was mildly seasoned, a good background for half of a small chicken, a full cob of corn, carrots, and other vegetables. I thought it was improved by the raw onions and cilantro that were on the side, but my wife liked it just as it was. Snax offers six different soups,  including menudo and ‘Caldo 7 Mares” seafood soup, a remarkably ambitious decision. They also offer chicken mole, which was the only item from that menu I didn’t fancy because the red mole sauce was milder and sweeter than the darker varieties I prefer.

On another visit we tried a patty melt, and just because I was nostalgic for the original, a super burger with chili. The patty melt was pretty good, a gooey delight of cheese and grilled onions on rye. The onion rings on the side had a thick, crisp breading that make them the better choice than the fries, which are standard freezer to fryer stuff. As for the super burger, it was a lesson to me about how my tastes have changed. It was the great, messy burger with almost no seasoning or grill flavor in the patty, the chili very mild. It was not bad, but not what I have come to enjoy with a more experienced palate.

As another old saying goes, you can’t go home again. I’ll keep going to Snax and might have that patty melt, a sandwich, or one of their breakfasts, but it will be hard to not order something from the Mexican menu.

For more restaurant reviews check out our dining guide at easyreadernews.com