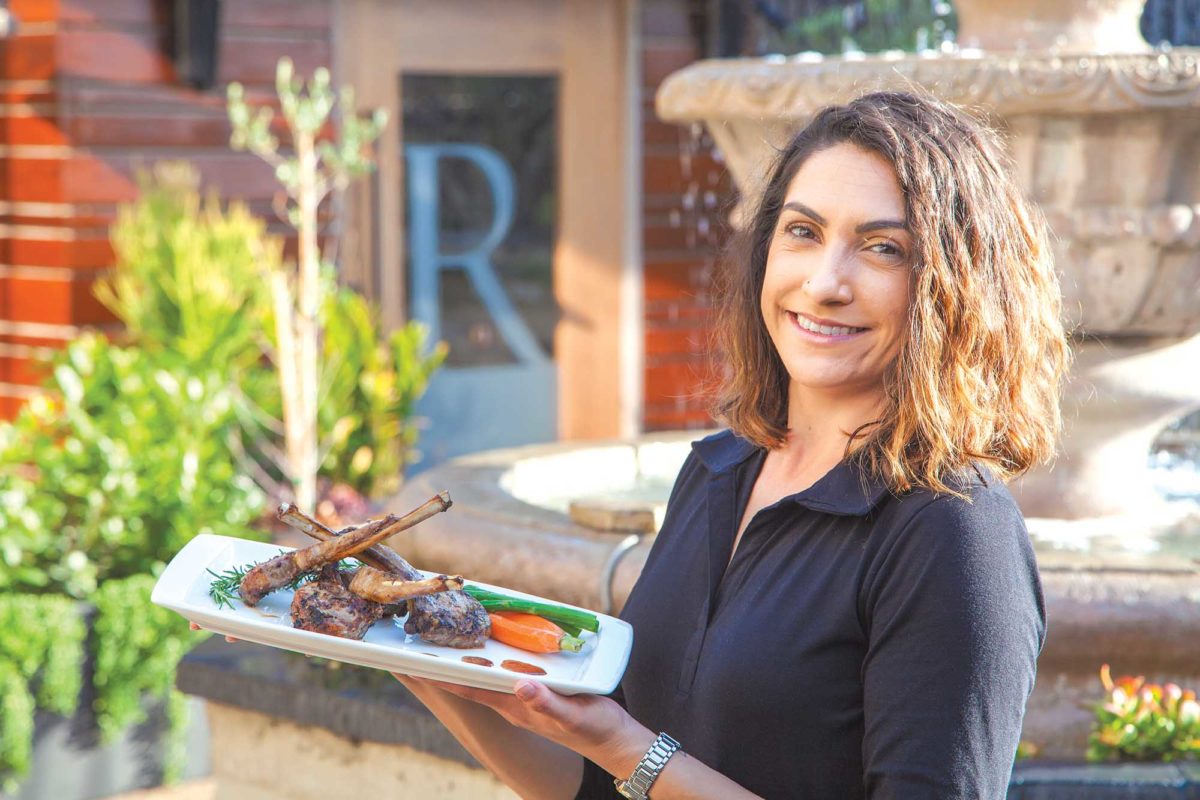 For the past 15 years I’ve written about the best South Bay restaurants that opened in the previous year, and every time people complain. The complaint I hear most often is, “The list is subjective.”  Yes, it is. When it comes to taste, both literally when it comes to flavors and figuratively when evaluating décor and other matters, we’re talking about personal preferences. This has been true since the ancient Romans coined the maxim “De gustibus non est disputandum,” which means that which is enjoyable can’t be disputed, or “there’s no accounting for taste.”

Still, there is some logic behind my choices.

The easy restaurants to rule out are the ones that did a poor job at food and service, or were competent but brought nothing new to the local dining scene. I might enjoy one of the latter and even give them a positive review, but they don’t belong on a list of the best.

Neither do additional locations of established local restaurants – the Rockefeller and Little Sister in Redondo would have both made the list if they were new businesses. I had to think for a while about Sosta in Hermosa, but decided they were out of the running too because their menu is almost exactly the same as the one offered in Manhattan Beach two years ago. (Their original incarnation at Five Corners won a place on my list in 2005, and some of the items I mentioned then are still on the menu.)

I do give points to those who bring new cuisines to the neighborhood, whether traditional or the fruit of culinary inspiration. It gets a little harder to define which places offer value for money, and that is a factor in my calculations. I know we live in an expensive area to run a business, and I don’t mind spending money for a great dining experience, but the average restaurant bill this year outpaced inflation by a considerable margin. There are still deals to be had even among the newcomers, but they’re getting harder to find.

I sorted out the very best and then looked to see how many I had. This year there are nine. I didn’t notice until I was compiling the list that for the first time, the majority are not in the downtown areas of the beach cities. Half are either on PCH or east of it. It’s probably not a coincidence that three of these are the least expensive on this year’s list. That said, I’d happily dine at any of these places again, because each offered a great experience. They’re listed in alphabetical order, which also happens to put the least expensive first. 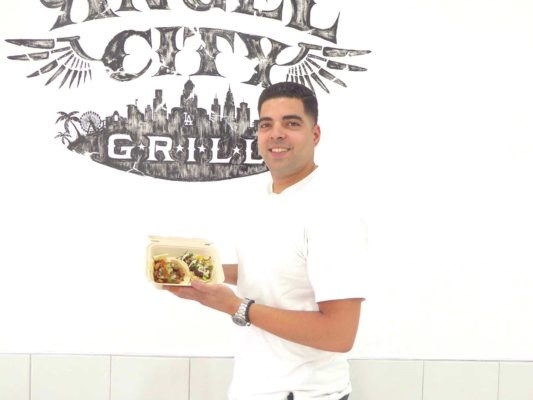 Angel City Grill may not have invented the falafel burrito or the bacon al pastor taco, but their version of Mexican-Arabic fusion is the first time most locals will get to try either. They offer more standard items, too, as well as an extensive selection of vegetarian offerings. It’s all made fresh to order. The environment is spartan and parking is elusive, but despite that they’ve earned a loyal fan base in the six months they’ve been open thanks to big portions, good food, and general friendliness. 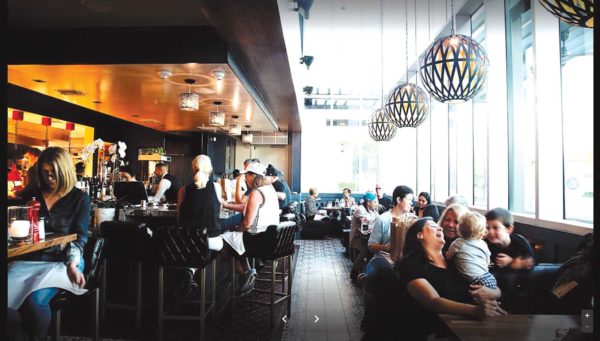 Caló Kitchen is in the middle of an office complex, so you might expect it to offer fast food suited to those on 45 minute lunch breaks. It is nothing of the sort. The oddly configured but stylish little restaurant and tequila bar offers new school Mexican food and cocktails made with premium ingredients and served with flair. The carnitas is made with flavorful kurobuta pork, the chicken tacos with jidori, and the chile relleno is packed with big chunks of shrimp and crab. The flavors are authentic, the treatment modern and  the service excellent. This opening raised the bar for dining along Rosecrans. 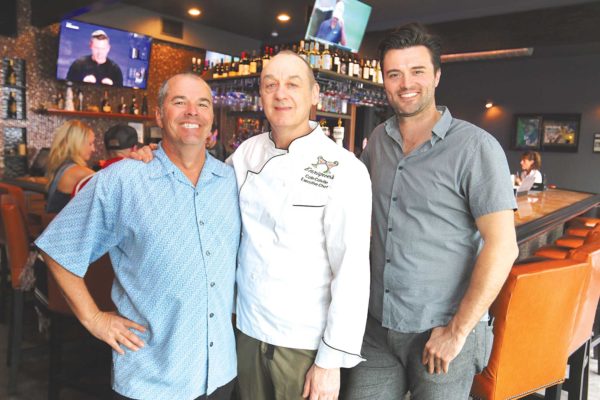 Enrique’s Cantina opened as a good restaurant and has grown into a great one. Chef Colin Colville’s eccentric version of contemporary Latin American cuisine includes Caribbean and Mediterranean touches, and at times reminds one of the Spanish roots of Mexican cooking. Adding plums to Oaxacan mole sauce to give a hint of fruitiness was brilliant, as was adding pomegranate to chile rellenos. Seafood has been excellent, particularly the skillet-roasted Scottish salmon. Save room for dessert. The food is exuberant and just plain fun, with an environment to match. 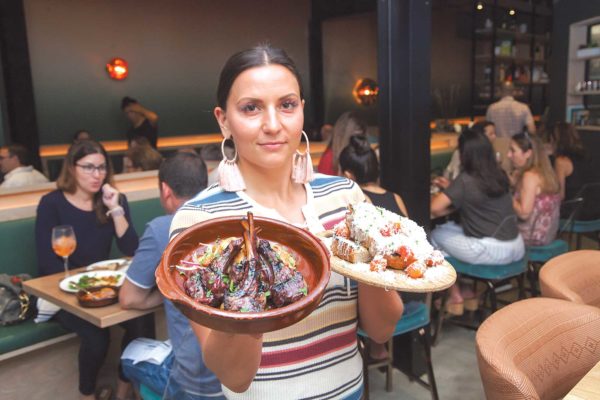 Some of the world’s most revered chefs have passed through kitchens in Southern Spain, but until now this cuisine hasn’t been available in the South Bay. Gabi James  chef Chris Feldmeier grew up in the South Bay but offers an individual take on authentic Mediterranean flavors. Paella is made with pasta instead of rice but retains the richness and complexity. The housemade sausages are richly but subtly seasoned. There is a harmony of flavors that will delight a traditionalist and a passion for flavor to charm the most experimental diner, plus what may be the most impressive cocktail program in that very competitive neighborhood. 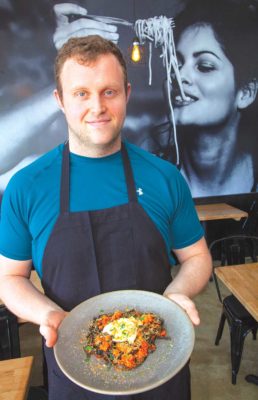 Jame Enoteca’s location in a little storefront on Main Street in El Segundo does not look like a place where a Michelin star chef would choose to settle in, but it is. Jackson Kalb brings formidable skills and an appreciation for Italian traditions, making several different kinds of pasta daily and offering regional sauces to complement them. The menu is short but everything is handmade and crafted with loving care. They’ve attracted quite a following since opening in June. You may have to wait, and you may dine while sitting on patio furniture. It will be worth it. 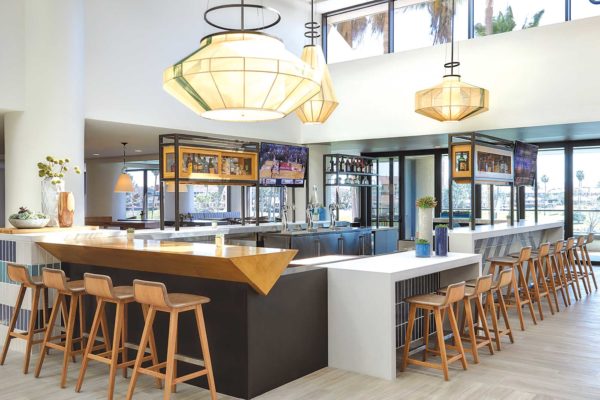 The bar at Jute in the Westdrift Hotel features handcrafted cocktails, a curated selection of wines and several local beers. Photo courtesy of Westdrift

One of the big surprises of the year was the transformation of what had been a stodgy business hotel into a showplace, complete with an outstanding kitchen. Jute Coastal Bar & Kitchen in the Westdrift Hotel has an unusually short but very multicultural menu that draws on Chef Octavio Sabado’s time at the famous Bazaar restaurant in Los Angeles. The ideas are modern but never cross over into the silly – there’s a logic behind the flavors rather than novelty for novelty’s sake. That extends to the cocktail menu, which has some remarkably original ideas. The price for all this is on the high side but eminently worth it for those who appreciate culinary innovation. 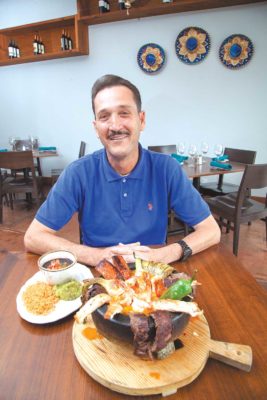 Maderos owner Rodolfo Garcia with his molcajete, a stone crock filled with meat and seafood. Photo by JP Cordero

Unlike some others on this list, there’s nothing flashy about Maderos, the upscale Mexican restaurant that opened in March. The environment is sophisticated and low key, the cuisine a stylish version of Zacatecas home cooking. It’s subtly different from the Sonoran cuisine that’s standard in Southern California, and the team executes it flawlessly. The standout is the molcajete, a stone crock filled with meat and seafood in a subtle but potent hot sauce. But everything I’ve tried has been very good. Over the past few years the Mexican food in the South Bay has improved in both variety and overall quality, and Maderos is part of that very welcome trend. (231 S. PCH, Redondo. 424-350-7031, no website.

The latest local entrant to the crowded Italian restaurant scene is an anomaly in downtown Hermosa. Radici is rigorously Italian and despite the inclusion of a very good bar is a dining destination rather than a nightlife spot. This is a place to relax and savor authentic Northern Italian food made from top ingredients – the ricotta cheese is made in house, and the gnocchi have the pillowy softness that is only achievable when they’re handmade. Sauces and seasonings are subtle and accent the natural flavors without drowning them, which is what this style of cooking is all about. Radici isn’t cheap but the prices are justified, because both food and service are top notch. 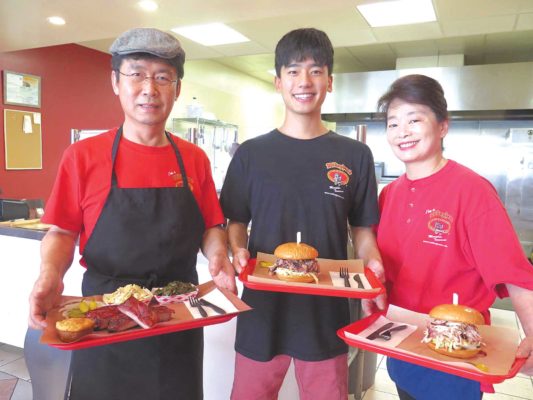 Traditional slow-smoked Southern barbecue takes a good recipe and a lot of patience. The family that operates Willingham’s has both. Pilhwang Bae apprenticed to a master of the craft and turns out tender brisket, ribs, turkey, and pulled pork that have a magnificent spice crust and delicate smokiness. Some readers have complained that they sometimes run out of meat, which they do. Since it takes many hours to slow-roast these big chunks of meat, a large, unexpected order can leave them without anything to sell. Call ahead to avoid disappointment, and if they have what you want, ask them to reserve it for you. Whether you consume it in their humble but neat premises or take it home, this is arguably the best barbecue in the South Bay.