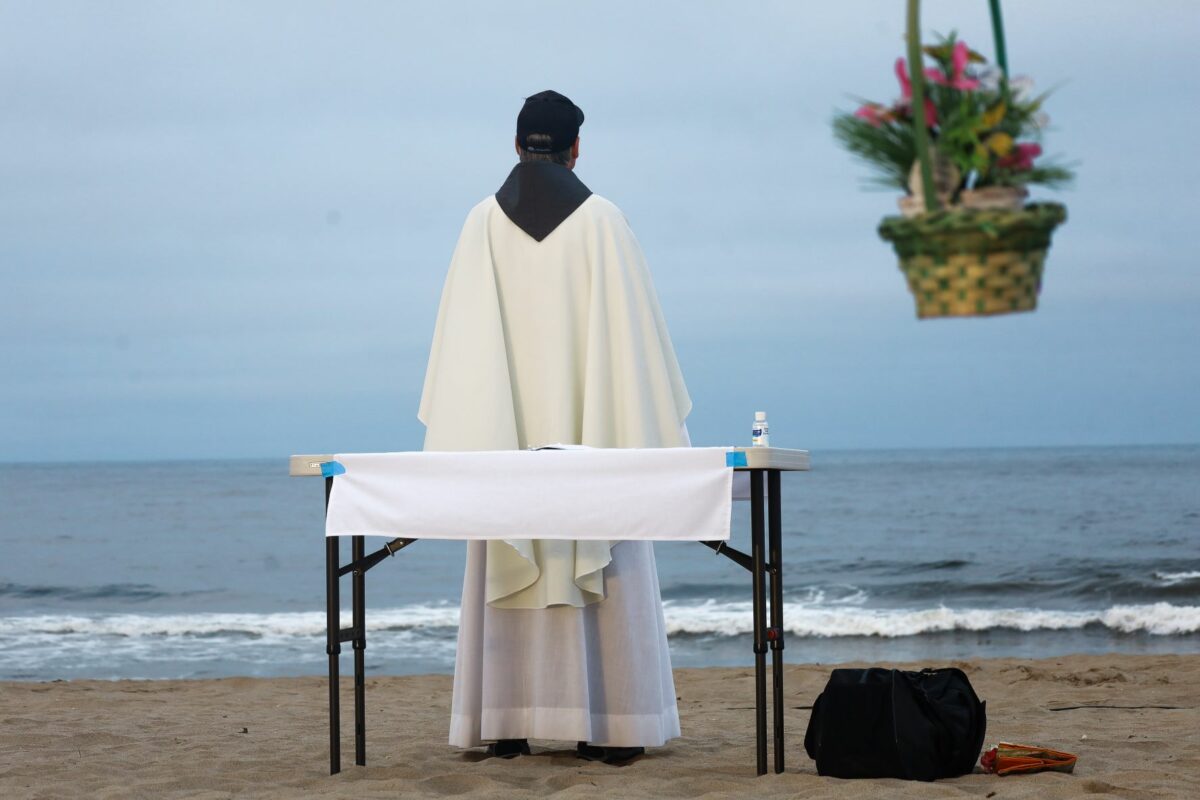 Our Lady of Guadalupe Pastor Paul Gawlowski urged skeptics to considers the miracles that surround them. Photo by Kevin Cody

Over 500 Our Lady of Guadalupe parishioners attended an Easter sunrise Mass celebrated by Pastor Paul Gowlowski on the southside of the Hermosa Beach pier.

In his sermon Rev. Gawlowski described the Resurrection as the most important evidence of Christ’s Divinity. He quoted a dozen of the more than 300 Biblical predictions of the resurrection, beginning five centuries before Christ with Daniel describing his Savior as “the Lord of the Resurrection,” and concluding with Christ’s own prediction of his betrayal, death and resurrection after three days.

Rev. Gowlowski  noted that two billion, or nearly one-third of the earth’s seven billion inhabitants accept Christ’s divinity. He urged those still skeptical to open themselves to the possibility that God became man to observe the miracles that occur in their daily lives.

“Christ was either a liar, a lunatic, or the Lord,” Rev. Gowlowski said, paraphrasing the English writer and Catholic convert C.S. Lewis. Accounts of Christ life, Rev. Gowlowski added, show Christ to have been a good man and not a lunatic, though he claimed to be the son of God, and so one must assume he was telling the truth. ER