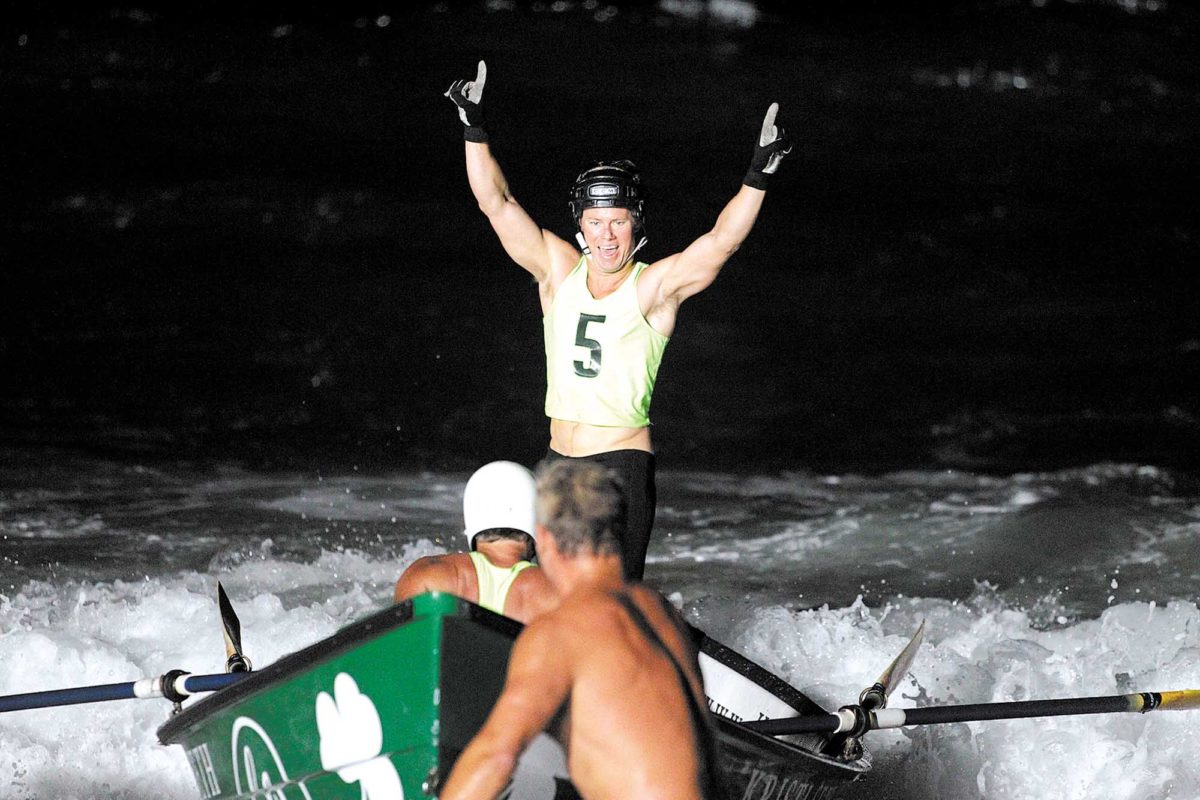 Over 100 men and nearly 50 women from throughout California and Hawaii competed in the International Surf Festival body surfing contest Saturday morning at the Manhattan Beach pier.

“This is one of the few Surf Festival events that you don’t have to be a lifeguard or affiliated with a team to compete in,” said Bob Holmes, a founding member of the 55-year-old bodysurfing club.

“A lot of people will say they body surf. But what they mean is that a wave pushed them to the beach in the whitewater. When you see a competitor do an underwater take-off, spinners and a backslide, you realize there’s a lot you can do on a wave,” Holmes said.

“For those who aren’t watermen or waterwomen, it’s still enjoyable to watch. You don’t have to be a gymnast to enjoy watching the UCLA women’s gymnastics team.”

The Gillis Beach Bodysurfing Association was founded at the Gillis Street jetty in Playa Del Rey, before construction of Marina Del Rey “wrecked the surf there,” Holmes said.

“We’ve been best men at weddings, and pallbearers at funerals. It’s really is an extended family,” Holmes said.

To minimize the inevitable judging controversies, club members don’t compete in the contest.

“Hosting the Surf Festival contest is our way of giving back to the sport,” Holmes said.

Riding a wave is one of the greatest feelings in the world, he added.

“You can board surf, kayak surf, and stand-up paddle surf. But at the end of the day, it all comes back to bodysurfing. It’s the purest, and I think the most enjoyable way to ride a wave. ‘You’re in it and not on it,’ Holmes said.