Half a century, and the orchestra plays on 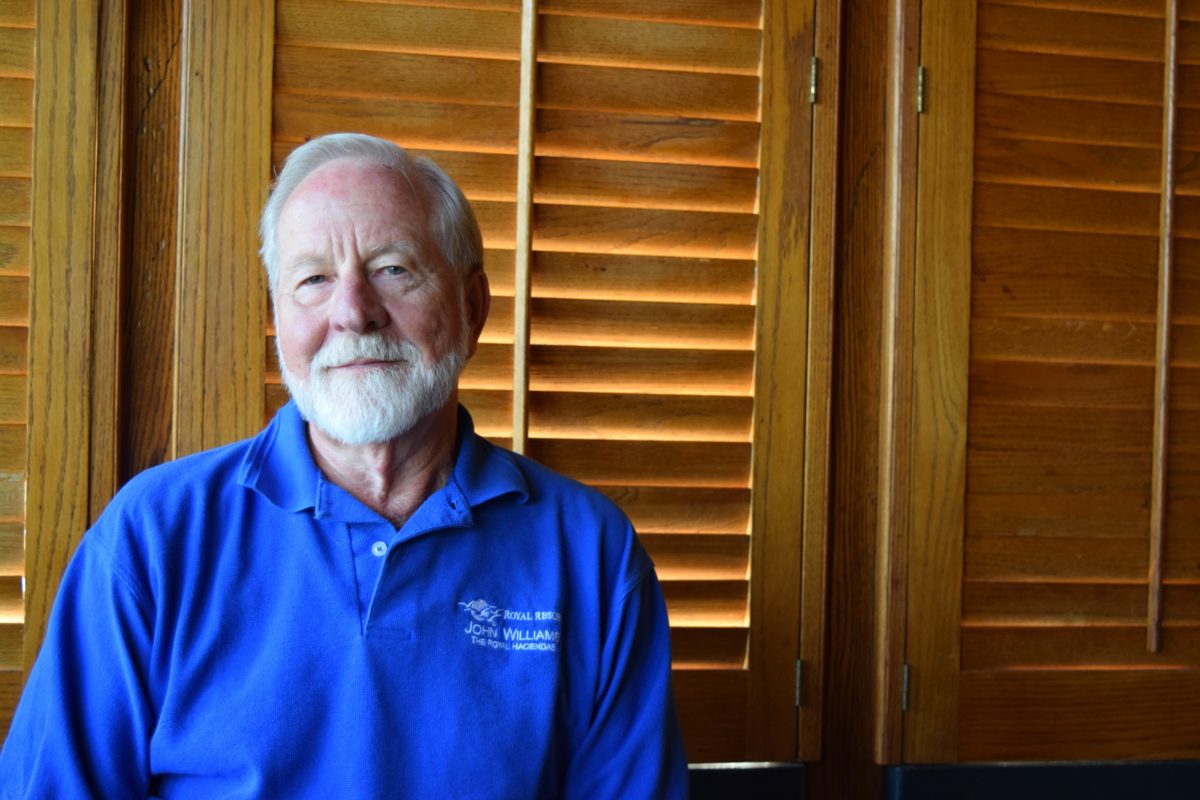 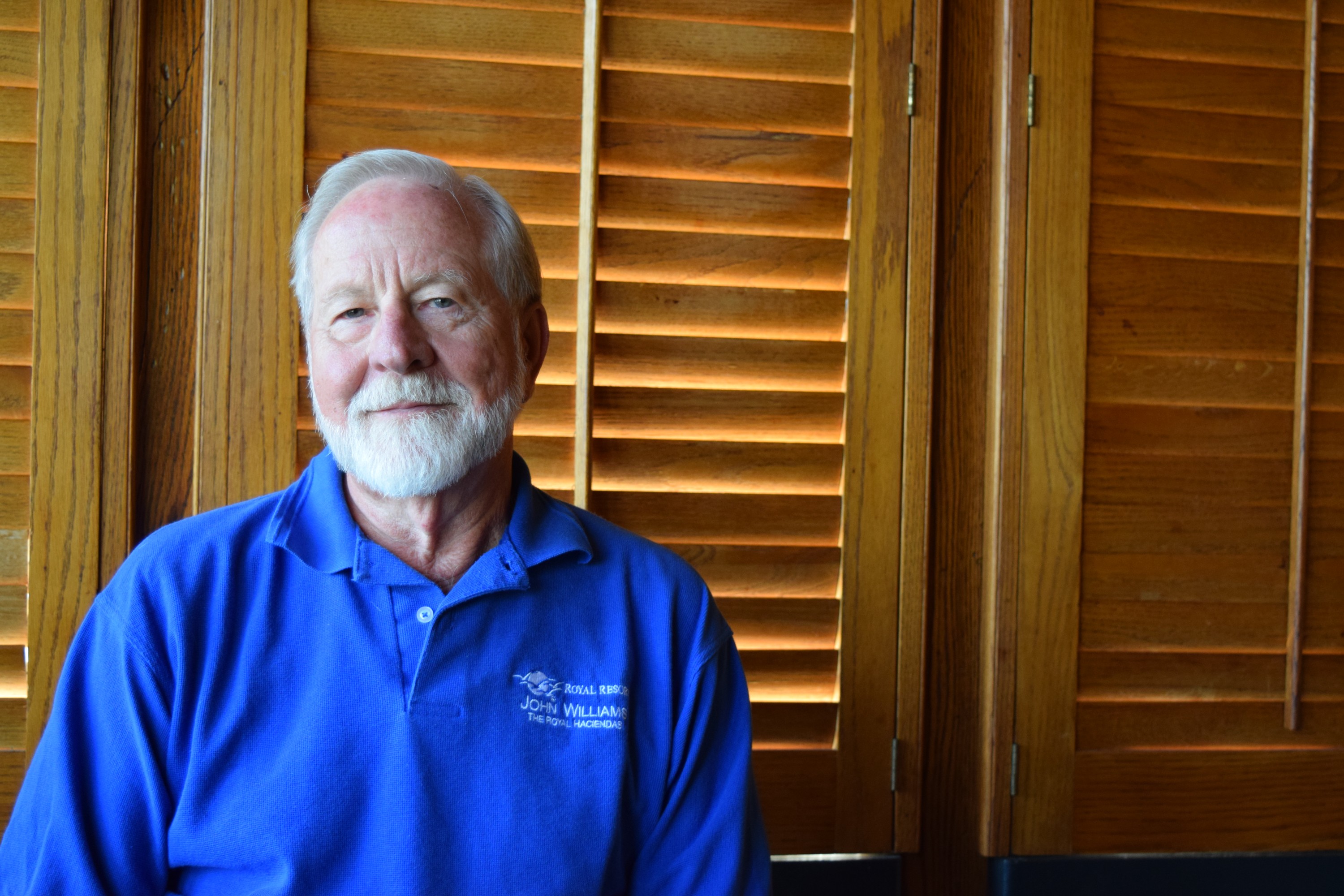 Just over a year ago, Peninsula Symphony wrapped up its 50th season, a small miracle in this age of economic and demographic shifts. Now it’s set to sail into its 52nd.

Apart from the conductor, the task of maintaining a viable orchestra falls to the board of directors, its advisors and committee members, and to the individual who is first and foremost behind the scenes. In this case that’s John Williams, the president of Peninsula Symphony.

I’ve used some nautical terminology because Williams has the air of an old sea captain who knows how to guide a ship through troubled waters.

Williams sat down recently to talk about the symphony, what it has accomplished, its challenges, and what it offers to the community. As a prelude to his presidency, however, Williams began by speaking of his background and what led him to Peninsula Symphony in the first place.

From the ocean to the hilltop

After graduating from USC with a degree in engineering, Williams joined the Navy where he spent four years on submarines, then returned to the West Coast and found employment with Capitol Records. Remember 8-track tapes? Williams helped design the tape duplication equipment manufactured for Capitol by several companies. “As punishment for designing it,” he says, Capitol shipped him from L.A. to Jacksonville, Illinois, where he became the manufacturing superintendent of tape duplicating operations.

It’s a safe guess that working for the record company in Los Angeles was more fun.

“Because my office was in the Capitol tower I used to go down to the studio and catch recording sessions. That really got me interested in music. I have long since learned that I have no talent for music because I had piano lessons as a kid, and I gave that up because I see how kids play today.” Yes, virtuosos seem to be everywhere.

Williams made a career move (a career leap is more like it) in 1990 he joined Morgan Stanley as a financial advisor. “I went through their training program,” he says. “I was the oldest trainee they had at the time.

“At that point I stayed on the hill (meaning the Peninsula, where he’s lived for 45 years), and my office was in Palos Verdes.” Until then it was his wife Sue who’d been involved in community activities, specifically school programs while their two children were growing up. The couple has been married for 57 years. But now Williams was becoming involved in outside groups as well. He joined the Los Verdes Mens Golf Club, and eventually became president, and he became a member of the Kiwanis Club and, guess what, he became president of that, too. Clearly, this man has shown himself to be presidential material, over and over again. 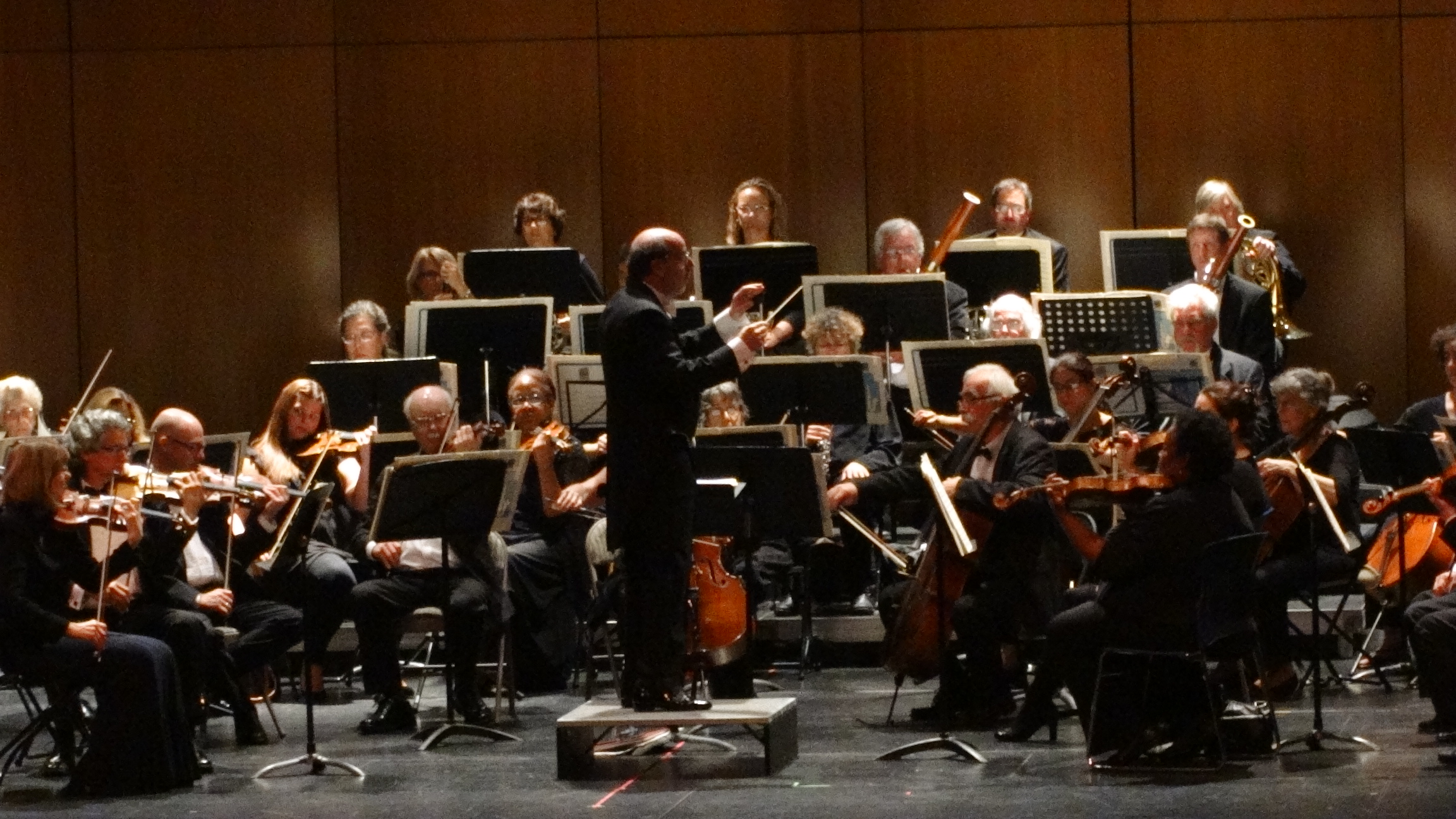 And then he heard the music

How did Williams become acquainted and then involved with Peninsula Symphony?

“I went to a concert and was amazed at how good they were. I had low expectations of a community orchestra (comprised of) volunteers and amateurs.” He thought to himself: This is going to be painful. And then? “I was so impressed that I called the next day and joined. I got on the board and was president shortly thereafter.”

Williams admits that he had no experience running an orchestra. On the other hand, the late Joe Valenti was still actively involved and conducting.

“Joe did it for, like, 43 years,” Williams says. “He founded the symphony, basically, in the back of his garage. His wife did all the organizing and printing and handling the money, and Joe did the music side of it. Joe and Gloria built an amazing organization from the humblest of beginnings, so we were really fortunate.”

This is Williams’ fifth or sixth season as Peninsula Symphony president, but that’s just on this cycle, as he puts it. There have been other presidents since Williams first ascended the throne in or around 2000, an office he then held for three years. He chuckles as he says, “I’m looking forward to being past president again. That’s the thing I do best is past president.” 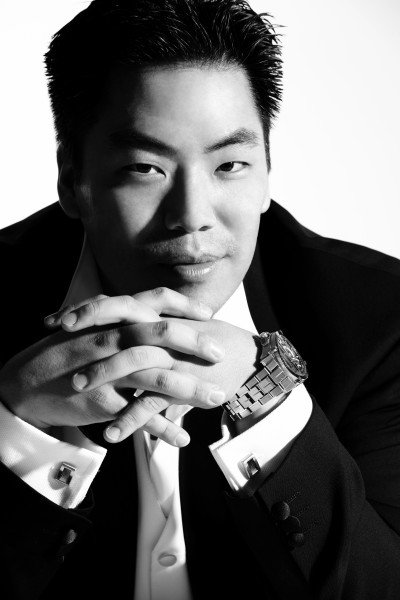 Freedom at the podium

After Joe Valenti retired, Gary Berkson took over the reins of music director and conductor. That was in 2009.

Berkson, for his part, hadn’t been lounging around in, say, Sherman Oaks or Covina, but rather had been the resident conductor of the Royal Swedish Ballet and Royal Swedish Opera. He’d also put in time as the principal conductor of the Gothenburg Opera House. That’s just for starters. The Juilliard graduate had also guest-conducted in other European countries and premiered new works by an array of serious composers.

So why did Berkson want to leave all that behind, apart from the obvious fact that you can’t sunbathe in Scandinavia in December? He was highly unlikely to draw a bigger paycheck in the South Bay.

Well, according to Williams, with Peninsula Symphony “he gets to play what he wants to play. When he was in Sweden he played what he was told to play.”

That doesn’t mean that Berkson has total carte blanche. But almost.

“We have an artistic committee that coordinates with Gary,” Williams says. “But I would say it’s like 90 percent Gary’s original thinking and programming. We’ve certainly suggested things we’d like to (see performed) if that’s possible, but it all has to be put together by Gary.”

Programming isn’t exactly freewheeling. The number and the kind of instruments required has to be taken into account for each performance. “We can’t have a Mozart program on one side with a small orchestra and then a big Tchaikovsky (piece) for the rest of the afternoon.”

Simply, they love to play

Despite its name, Peninsula Symphony doesn’t perform on the Peninsula. But they used to. For the past four or five years the orchestra has unpacked their instruments and played for audiences at Redondo Union High School.

“The prior 30 years,” Williams says, “we were at the Covenant Church in Rolling Hills Estates. That worked out very well for us. It was a comfortable place and very congenial. It was a great place to perform, (especially) for the residents of Palos Verdes. As the church grew in size and activity the leadership of the church decided that they weren’t going to have anybody using their facilities who wasn’t involved with the church. So all of the community activities were scaled back and we were forced to find a new place.”

While the orchestra and those running it were apparently pleased with their new digs, the move required that its hometown audience make the trek to Redondo Beach. Not all of them did. “We lost some of the senior members of the organization because it just wasn’t convenient for them to go down the hill.”

Which leads, naturally enough, to a few words about having to beef up the base in the Beach Cities.

Williams goes out of his way to stress the quality of the orchestra, pointing out that there’s an eight-week cycle between concerts and that everyone works very hard to get up to speed during that interval.

The majority of the performers live in the South Bay. “A lot of them are local people,” Williams says. “We have three doctors in our orchestra, we’ve got music teachers. We have people who have been playing all their lives and they’ve got (other) jobs and families. That’s the heart of our organization.”

It should be pointed out that some members of Peninsula Symphony also play with the Chamber Orchestra of the South Bay and the Beach Cities Symphony, and were with the former Torrance Symphony as well. That’s been acknowledged and accepted for a long time, although it might not work, for example, if one played with the Lakers and then joined the Clippers for a game here or there, the same with the Dodgers and Angels. So maybe being a roving musician is more fun, who knows.

Reaching into the community

“We do a lot more than just concerts,” Williams says, pointing proudly to the Edith Knox Young Artist Competition, which Peninsula Symphony has been sponsoring for over 20 years. From two dozen the applicants are winnowed down to just five. The next step is a public concert (in 2019 it’s on April 7) in which the finalists perform, and the one chosen by the judges is then invited to appear as a soloist in the group’s final concert of the season (June 30 in 2019).

More recently, Peninsula Symphony has initiated, with L.A. Harbor College in Wilmington, the Peninsula Symphony Association Youth Orchestra. It’s a class of about 25 young, beginning musicians who meet on Saturday mornings. Special funding helps them acquire instruments and so forth, and the group then performs for the public.

“These last five years they’ve performed in the Torrance arts program TOCA,” Williams explains. “We’ve done that twice now. It’s just so much fun to see these young kids. There’s a lot of enthusiasm there. And that’s the other side of the Edith Knox (performers) who are highly professional young students on their way to professional careers.”

It wouldn’t be amiss to ask this next question: If the orchestra has been around for over 50 years, how does it support itself?

There are two answers to this, and here’s the preliminary explanation. “This is not a money-making effort. It’s classical music, and (presenting) free concerts is a difficult thing to hold together,” Williams says. “Many organizations have folded, but we’ve been very conservative with our money, so we don’t spend more than we get. As a result, now we’ve got a four-concert series. In the past we would have five concerts, but that’s just not in our budget to do right now.” Let’s not forget that Williams is a former financial advisor.

Now, when it comes down to actual dollars and cents…

“The bulk of our activity is supported by members,” Williams continues. “You can become a member of the symphony at a number of different levels. The starting level is $75 per person, all the way up to a $5,000 donation.” For each of the seven levels there are various perks, but the one available to all members is the pre-concert lecture by Maestro Berkson which begins 45 minutes before the performance. “That’s worth the price alone to be a member,” Williams adds. “If you’re not a member you don’t get to see that.”

Funding for the symphony also comes in from a few other places, such as the Norris Foundation and from the County of Los Angeles. There are fund-raising activities as well. “If we were able to get more funding, if we were able to build the audience, we would go back to our fifth concert in a heartbeat.”

Williams concludes by praising his conductor, and the orchestra. “I would just (encourage) people to come to the symphony; no charge, come and see it. If I can get you in, I’ve got you. Nobody has ever left and complained about the music.”

The Peninsula Symphony opens its 52nd season on Sunday, Oct. 28, with “Keyboard Klassics,” a program that features the “Piano Concerto No. 1 in D Minor, Opus 15,” by Johannes Brahms, and “Pictures at an Exhibition,” by Modest Mussorgsky. The evening’s soloist is pianist Rufus Choi. The free concert begins at 7 p.m. (6:15 pre-concert lecture for members and cardholders) and takes place in the Redondo Union High School Auditorium, 222 N. Pacific Coast Hwy, Redondo Beach (at Diamond and PCH). No RSVP required. (310) 544-0320 or go to pensym.org.