HBCSD Superintendent Escalante will step down in June 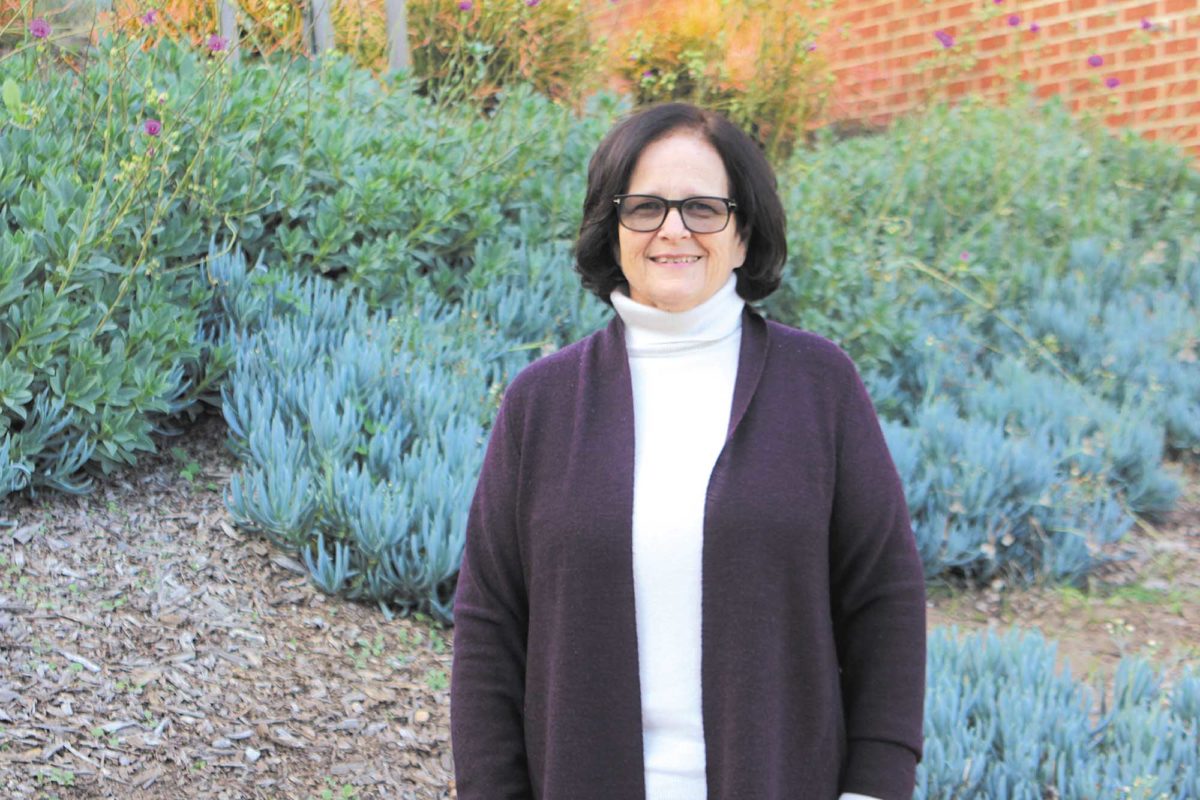 Pat Escalante, superintendent of the Hermosa Beach City School District, announced last week that she is planning to retire on June 30.

Escalante took over as Hermosa’s district emerged from financial challenges imposed by the Great Recession. She was at the helm through struggles with overcrowding and two divisive bond measure elections to address it, the second of which succeeded and is now funding the reopening of North School, which had been leased out for the past three decades. Her tenure also overlapped with dramatic changes for schools across California and the rest of the country, including shifts in how Sacramento funds primary education and a spate of campus shootings.

Speaking of the changing role of technology in the classroom and in students’ lives outside of it, Escalante offered something close to her philosophy as an educator.

“I view school as a place where kids can have their own space. It’s safe and it’s there to help them navigate their challenges. There are going to be challenges, but they’re life challenges. That is not going to go away,” she said in an interview.

Hermosa Beach Mayor Mary Campbell, a former school board member who served with Escalante from 2013 to 2017, said Escalante mastered the difficult balance of heading a public institution: she was independent enough to be “constantly stirring all the pots” associated with the job’s sprawling set of responsibilities, while remaining accountable to the elected officials who hired her. She pointed to Escalante’s leadership in improving the district’s special education offerings so that Hermosa’s special needs students, whom HBCSD had for years been paying other districts to serve, we’re able to return to schools in their hometown.

“She was very open to feedback from us as a board. We actually did a really thorough job, and we didn’t give her any passes. Year after year, she took note of anything and everything we’d like to see her do more, better or different,” Campbell said.

When the last decade began, Escalante, who had taught in neighboring Manhattan Beach and long volunteered in Hermosa schools, was serving as an administrator in the Beverly Hills Unified School District. She had heard rumors that the former Hermosa superintendent, Dr. Bruce Newlin, was thinking of retiring. So when the principal job at Hermosa Valley School opened ahead of the 2011-12 school year, Escalante applied for and won the position. The next year, she was named the district’s next superintendent.

Pursuing the position required a substantial pay cut relative to her salary in Beverly Hills, Escalante said, but came with a better commute. Escalante is a long-time Hermosa resident, a rarity among superintendents in districts located in expensive cities.

“When people said, say, This street is this way, this one is that way, I’ve driven it, and I know that,” Escalante said. “It’s finding that balance of doing my job, but having the empathy of being a resident and knowing what those challenges are of living here.”

She arrived to find a district with a budget still strained by the Great Recession. Negotiations with Hermosa’s teachers had produced the possibility of furlough days, an outcome avoided, Escalante said, by state voters’ support of Proposition 30 in November 2012. The measure raised taxes on the income of wealthy Californians and restored $6 billion to the budget for K-12 education.

With its finances temporarily stabilized, the district expanded its full-day kindergarten program, an increasingly common option in California districts and one that is especially attractive to households with two working parents. Enrollment, which grew by 302 students in the decade following the end of the 2002 school year, spiked, and the district added 65 students between the time when Escalante took office and the 2012-13 school year began.

Escalante initially predicted that enrollment had “leveled off,” but had to scramble to accommodate new students when it continued to grow. Along with temporary trailers that reduced space for running around during recess, Escalante converted other parts of campus into classrooms, including a teacher’s lounge kitchen.

By 2014, the school board became convinced that the district needed a more permanent solution to overcrowding, and decided to put a bond measure to Hermosa’s voters. That proposal, Measure Q, fell 32 votes short. And while the city’s voters did approve a facilities bond, Measure S, just over 18 months later, enrollment remained a moving target. A forecast done before the bond vote projected modest increases in enrollment for at least five more years. Subsequent years, however, have produced declines in the student population.

Escalante attributed the shift to ending all-day kindergarten just a few years after it began, a decision forced by overcrowding. By far the largest single grade-level decline the following year came from kindergarten, with many parents opting for local private schools. Recent enrollment data, however, including a report offered at a November board meeting, have projected small but continued decreases over most of the next five years, a trend mirrored by almost every other school district in the state. The disconnect prompted some Hermosa residents to ask the Los Angeles County District Attorney’s Office to open a criminal investigation into Escalante and the board after the passage of Measure S. The D.A.’s office declined to pursue the case, citing a lack of evidence. But an atmosphere of mistrust among a segment of Hermosa’s residents persists, and will likely shadow the district after Escalante’s successor is chosen.

Measure S provided funds earmarked for school facilities, but Escalante’s tenure coincided with changes to the state budget that made financing operations in the district more challenging. Starting with the 2013-14 school year, then-Gov. Jerry Brown pushed through the Local Control Funding Formula, which reshaped how the state funds education. The changes adjusted funding based on the share of a district’s population that met certain criteria, including the percentage of students qualifying for free-or-reduced-price lunches. LCFF has leveled the playing field for schools serving students in poor neighborhoods, who are often more expensive to educate. But it has also made Hermosa, with its population of students from mostly affluent families, among the lowest-funded districts in the state on a per-pupil basis. The “base grant” that Hermosa receives from the state under LCFF is not enough to cover salaries and programming for all instruction, and the district has only recently been able to add a full-time music instructor. As in other districts in wealthy areas, the difference is covered with parent-driven philanthropy. For the fiscal year ending July 2019, the Hermosa Beach Education Foundation raised $1.3 million, an increase of 20 percent from the previous year.

“If it weren’t for the ed foundation, we’d have to really take a look at some extreme measures. I think our community has come to grips with the fact that we’re offsetting the contribution from the state. It’s just one of the things you do when you live here,” Escalante said.

Shortly before winter break of Escalante’s first year as superintendent, a man named Adam Lanza shot and killed 20 children and six educators on the campus of Sandy Hook Elementary School in Newtown, Conn. After the shooting, Escalante met with police and then-City Manager Tom Bakaly to reassess campus safety. Funds from Measure S helped pay for a fence around the perimeter of Valley. A subsequent mass shooting at a high school in Parkland, Fla., which killed 17 people, reinforced a sense of normalized dread that has gripped districts across the country.

“It’s extraordinarily stressful. Until 3:15 p.m. every day, whether I’m here or on vacation, I have anxiety and just pray we get through the day. And I’m not being over dramatic about that: You’re in charge of other people’s children. And you do the best that you can. But there’s a lot of examples of places that just didn’t think it would happen to them,” Escalante said.

As bulldozers leveled the former North School last month, Escalante told workers to pick out the campus’ old fuse box from among the rubble. She intends to ask the new superintendent to install it next to a digital screen in North’s main entryway, which will offer moment-to-moment emissions data from the zero-net-energy campus. She hopes that teachers at the campus will use it as a tool, to show students both how far classrooms have come, and how far they can reach.

“Here’s where we were,” she said, gesturing at the old fuse box sitting in the corner of her office, “and here’s where we are,” raising her hands to indicate the forthcoming North entrance. “What’s the next big idea?”