Helmut Newton, as his models knew him 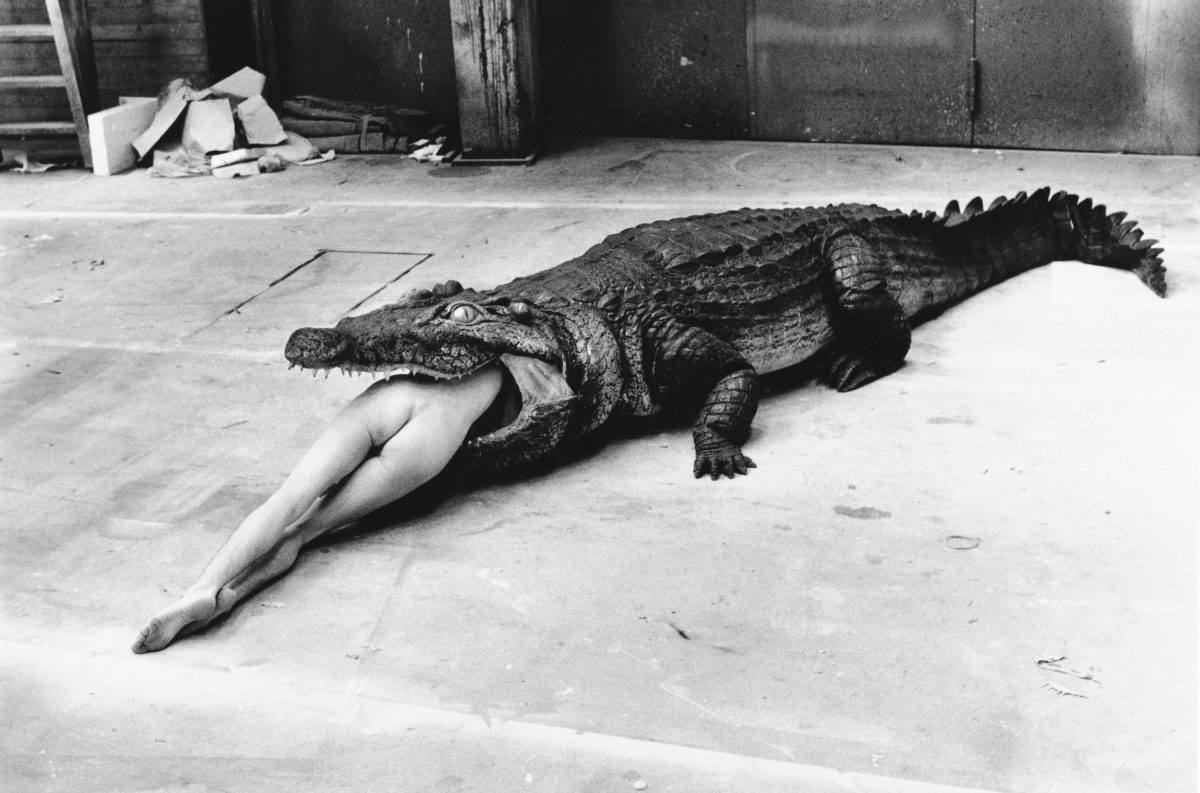 “Helmut Newton: The Bad and the Beautiful”

Once fashionable fashion photographer on film

“As a woman, I find your photos very misogynous,” says Susan Sontag to Helmut Newton. The photographer replies that he loves women. Sontag doesn’t buy it. “A lot of misogynous men say they love women, but show them in a humiliating way.” 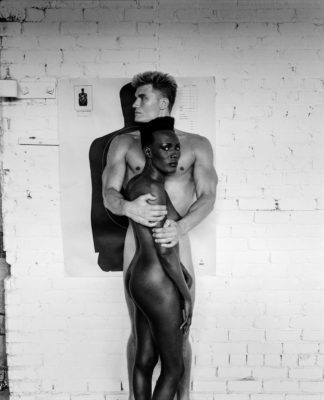 That exchange took place in 1979 and is included in “Helmut Newton: The Bad and the Beautiful,” a documentary about the photographer by Gero von Boehm that is available for streaming this Friday.

Surprisingly, Sontag’s is the only dissenting voice in this homage to one of fashion’s most notable, and notorious, photographers. Helmut Newton, or Helmut Neustädter before fleeing Germany in 1938, was born 100 years ago (hence the occasion of the film?) and died in 2004. At the beginning of this century—and how long ago that seems!—Newton, along with Richard Avedon and Irving Penn, were at the pinnacle of their reputations. Avedon also died in 2004, and Penn in 2009.

The film’s commentary, in the form of interviews, is from the perspective of the women who worked with Newton, although none of them were around when he began working for British Vogue in 1957. There are contributions by Anna Wintour, the editor of Vogue, and Newton’s wife, June (still living, at 97), but the rest of the women were models: Grace Jones, Isabella Rossellini, Charlotte Rampling, Claudia Schiffer, Hanna Schygulla, Marianne Faithfull, and so on. Some of these women may be better known for their work in motion pictures or the recording industry, but all of them posed for Newton at one time or another.

One doesn’t usually refer to a fashion photographer as a provocateur, but Newton liked to push things, to get a rise out of his audience. Wintour herself acknowledges this, sees his work as thought-provoking and different, and knew that it would rock the boat. But being scandalous can elevate one’s standing or reputation, and I think of the line by Meryle Secrest who, in her biography of Elsa Schiaparelli, wrote of “clothes that trembled on the edge of daring and went right over it.” 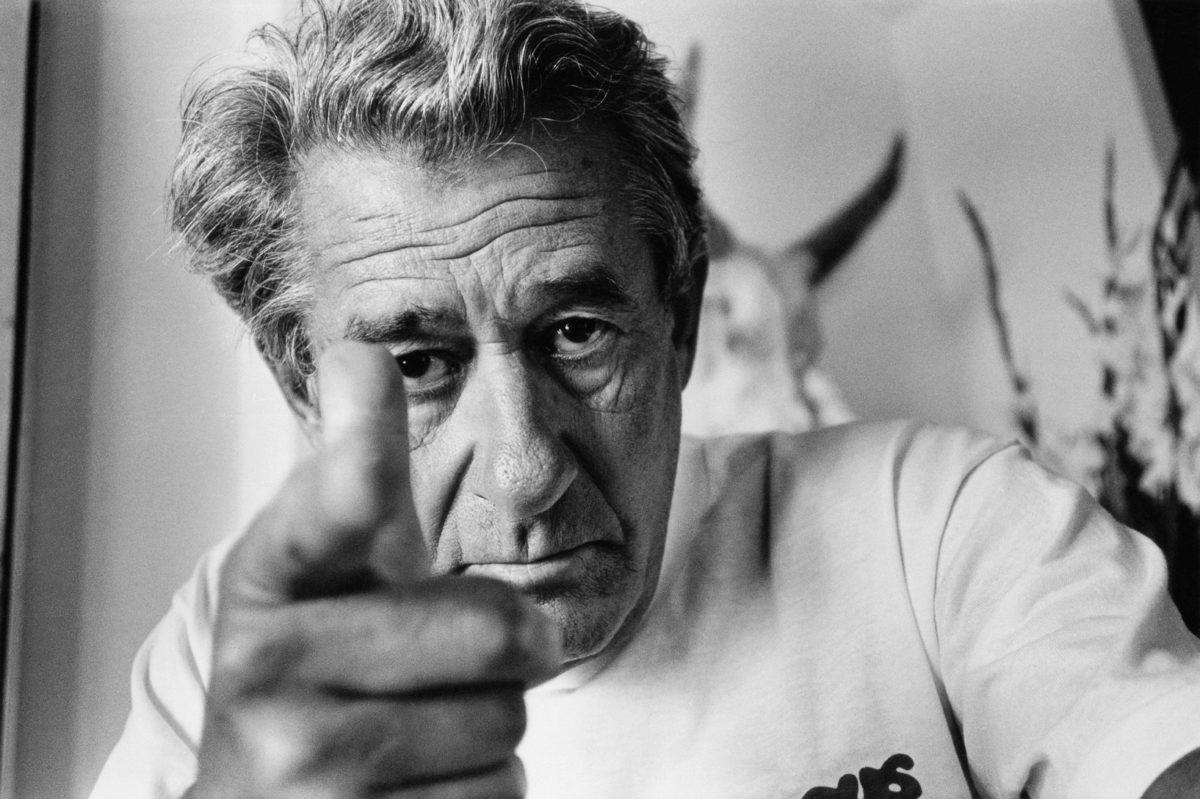 It’s arguable that Newton went over the edge many times, and in today’s oversensitive climate his work for advertising companies would likely come under close scrutiny. What would our PC police make of his unapologetic frankness, his pictorial daring, and his mix of “vulgarity and glamour” where the models are often glimpsed in awkward, unconventional poses? 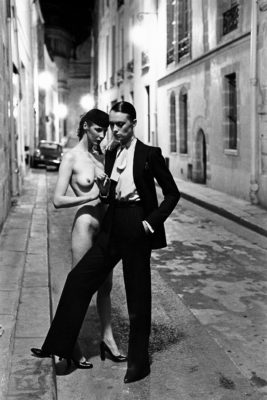 In his film, Boehm also uses a clip in which Newton says, “I’m a professional voyeur. I have no interest at all in the people I photograph, the girls, their private life, or their character. I’m interested in the outside, what me and the camera see. People tell me I don’t photograph the soul. What is that: photographing a soul? I photograph a body, a face. I’m interested in face, breast, legs.”

Which might be a way of confessing that he saw women largely as props, like the splayed chicken wearing doll shoes or the chicken being chopped up by a woman wearing expensive jewelry.

And although Newton’s long career included assignments from Vogue, Elle, Marie Claire and other widely-read publications, one might even have trouble thinking of him as a fashion photographer because if there are clothes or other accessories being featured in the images, who remembers them? The impact of the image is usually tilted in another direction altogether. By comparison, the work featured in the Getty’s “Icons of Style: A Century of Fashion Photography,” was more likely to achieve an elegance born from the balance of clothing, makeup, model, pose, lighting, and decor. 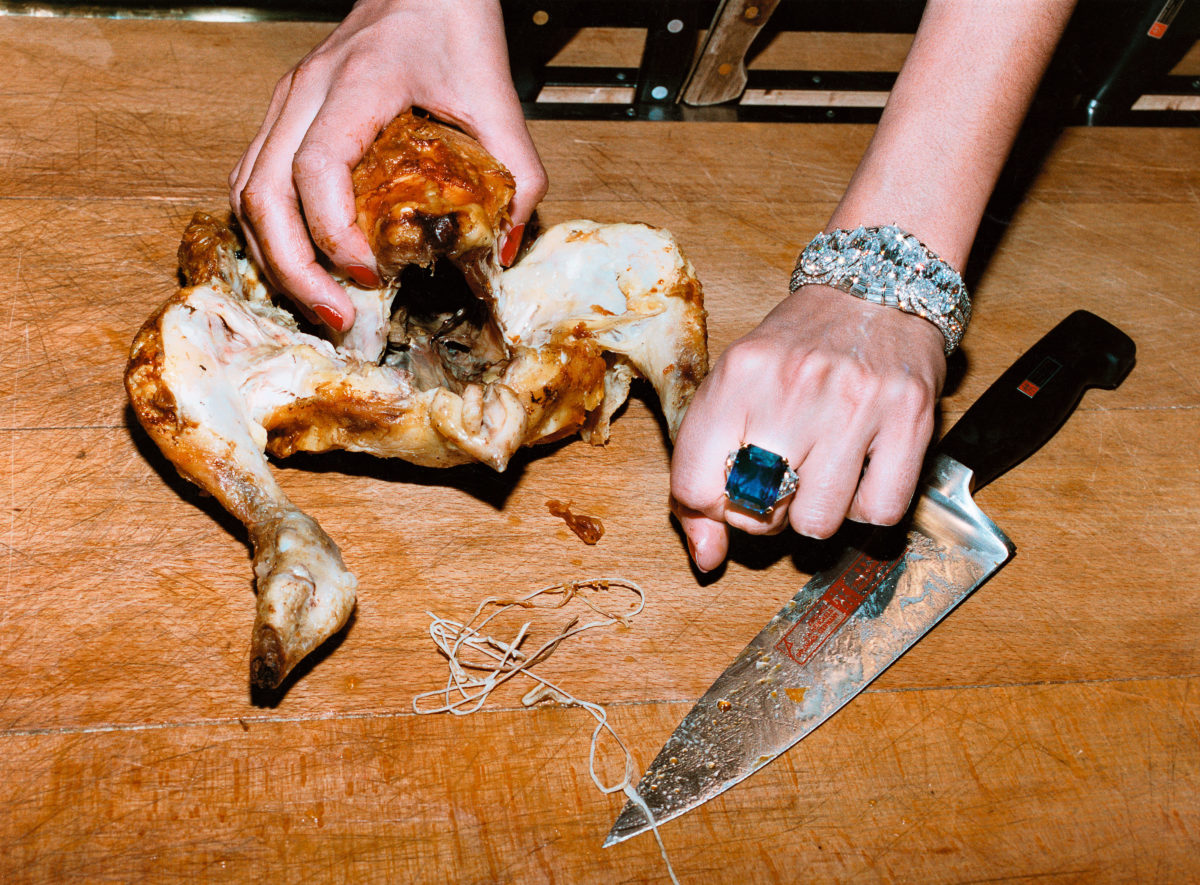 None of this is to suggest that Newton was devoid of style or grace. Far from it. He was clearly a master with his own vision, but one can debate whether he feminizes or exploits his subjects, and in work that can often seem grainy, stark, harshly lit, or simply forced. Sheer charm is in short supply. There’s little doubt, in other words, that Helmut Newton was a polarizing figure, and, despite the laudatory recollections from his former models, one will either favor his style and technique or one will not. Therein lies the appeal or the lack thereof.

Distributed by Kino Lorber, “Helmut Newton: The Bad and the Beautiful” can be streamed beginning this Friday. ER

Helmut Newton, The Bad and the Beautiful