Burglaries on the rise in Hermosa, South Bay 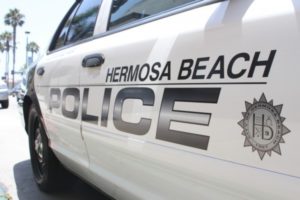 Hermosa Beach is experiencing a wave of burglaries targeting homeowners.

“It appears to be a significant rise,” said Hermosa Beach Police Chief Sharon Papa. “We had five reported in January last year and 15 in January this year. The increase in burglaries is occurring throughout the South Bay.”

From February 2 to February 8 a total of nine burglaries and one attempted burglary were committed in the city, amounting to losses of cash, jewelry and other valuables.

A new trend in the crimes is called “door-knock” burglaries in which the suspects knock on the front door of a home to see if anyone is home before breaking in.

“If they don’t answer, then the burglar goes around to the back of the house where he won’t be seen breaking in or simply walking in through an unlocked sliding door,” Papa said. “If someone answers the door, the burglar will pretend he’s looking for ‘Johnny’ or some other name. If someone knocks at your door you shouldn’t open to anyone you don’t know but you should let them know that you’re home. Yell at them to go away, you’re busy or whatever. Call us when you’ve had someone show up uninvited.”

Papa says the most important way for residents to protect themselves is to secure their homes.

“Many people do not close their garage doors, leave windows open and don’t lock their doors to their homes and vehicles,” she said. “We are asking our residents to ‘harden the target.’”

Chief Papa is also asking Hermosans to work together to protect themselves.

“It’s important that neighbors look out for one another,” she said. “If you see something unusual or out of place, say something. Tell your neighbor if they’ve forgotten to close their garage door. And call us if strangers are going door to door.”

Manhattan Beach, also experiencing a spike in burglaries, held a town hall forum last week addressing the crime wave. Chief Papa says there will be a similar meeting to come in Hermosa Beach. She, too, believes that the rise in crime is likely related to recent legislation releasing inmates from local prisons.

“I think AB 109 and the recently passed Prop 47 are both contributing to the uptick,” she said.