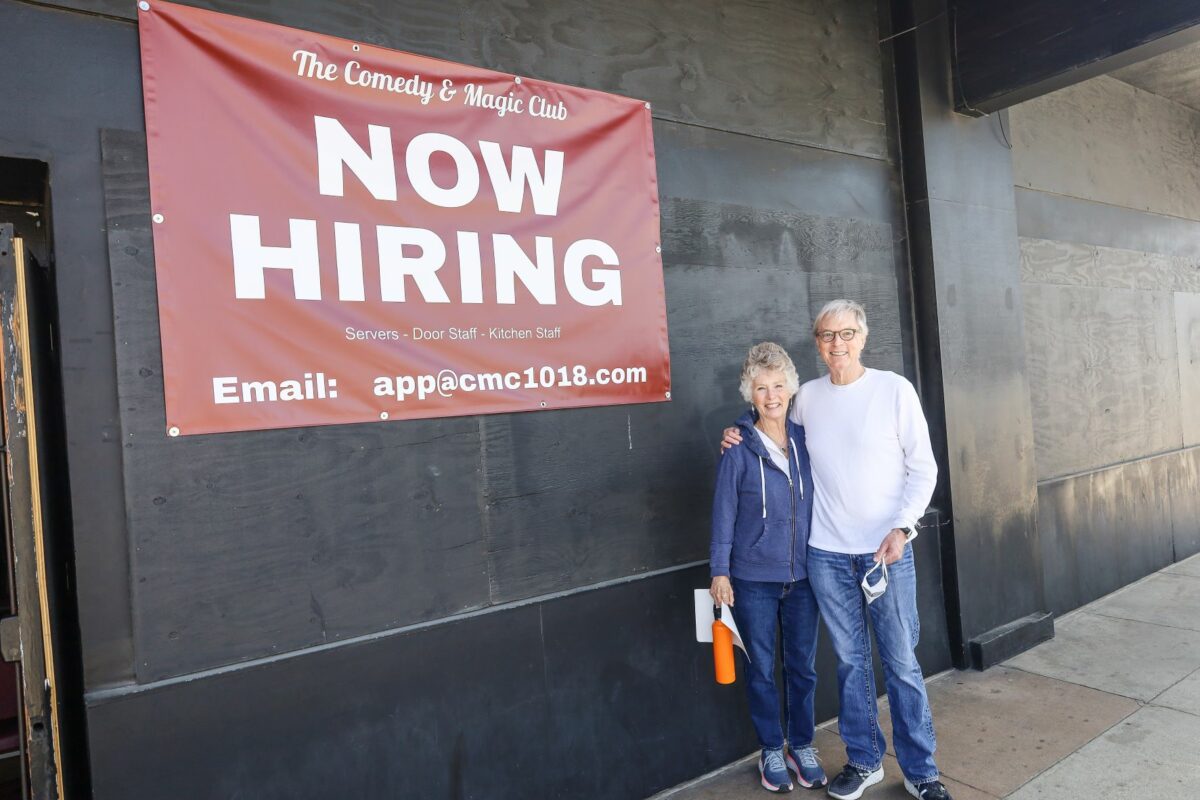 Drivers honked, and walking passersbys stopped to offer their congratulations to Comedy and Magic Club owner Mike Lacey, and his wife Kathy, while the couple stood on the sidewalk in front of their Hermosa Avenue club Monday morning.

A sign on the building says “Now Hiring,” a signal that the club will reopen soon.

How soon depends on how soon the club can hire cooks and servers, Mike Lacey said.

Of all the Beach City business closures caused by the pandemic, none has been more lamented than Comedy and Magic Club’s. The club’s last show was a cancer support group fundraiser on Thursday, March 12, 2020, several days before the Los Angeles County Department of Health ordered all entertainment venues closed.

Lacey had delayed reopening the club pending city approval of a remodel to expand the club’s seating. He received that approval in February, but said he will reopen the club prior to remodeling. ER