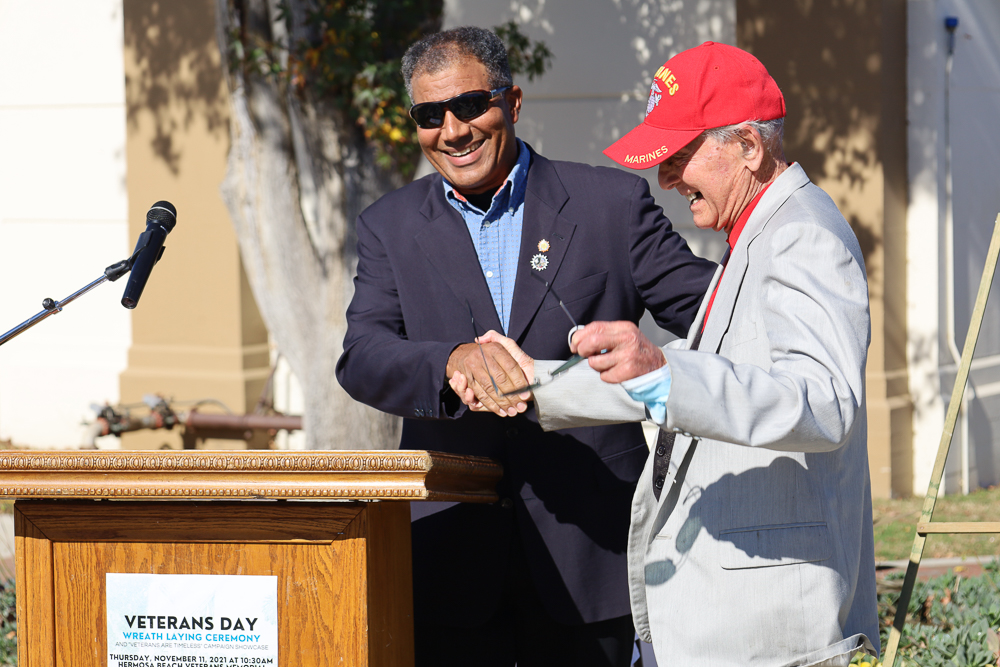 The ceremony began and ended with Diane Plaster singing the national anthem, and her husband Daniel, a retired Master Sergeant, sounding taps.

Jackson, a retired Army colonel, ended his remarks by observing there are those who say, “Not me,” and those who say “Send me.”

Jackson then read from the lyrics “Send me,” by country singer and former U.S. Army Ranger Keni Thomas:

Come on send me

Here am I, send me

Victory lies in the spirit of the lives

of the men who died for me. ER