Hermosa Beach to close Strand, Beach on Saturday. ‘We don’t want to be next hotspot,” mayor says 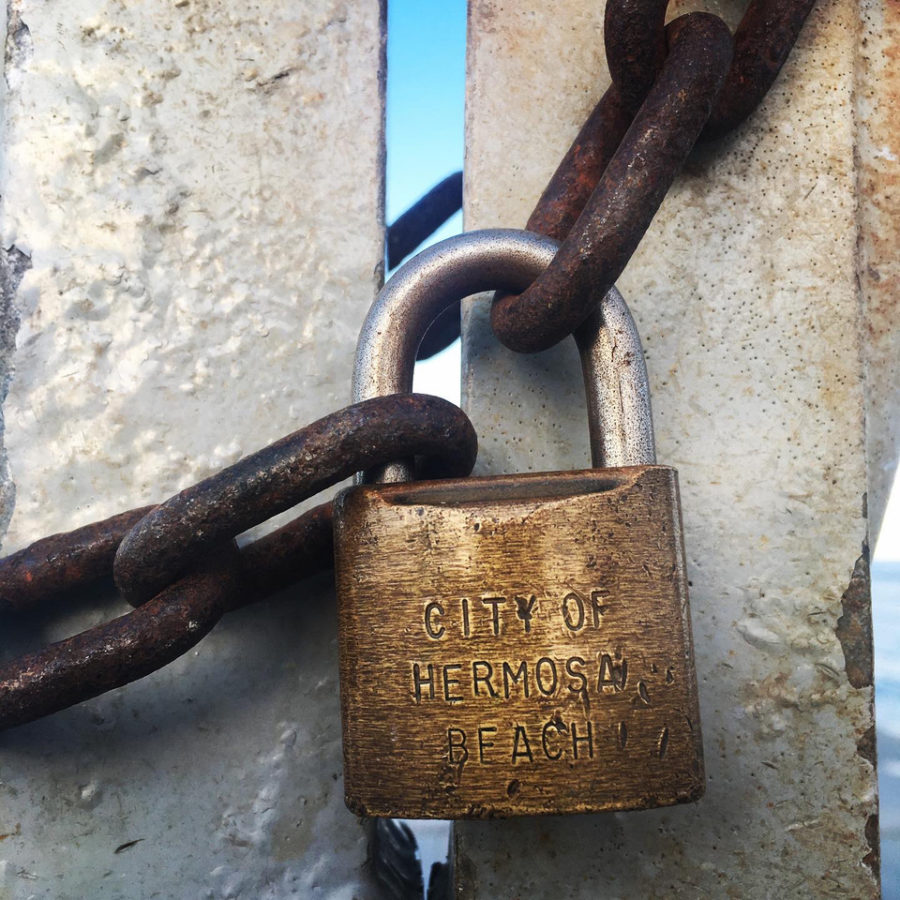 Hermosa Beach closed its pier last week. It is closing its Strand and Beach this Saturday at 6 a.m. PHoto by Evanna Shaffer (IG @evanna_shaffer)

The Hermosa Beach Strand and the city’s beach will be closed to the public, beginning at 6 a.m. Saturday. City Manager Suja Lowenthal made the decision under the emergency powers granted her by a State of Emergency the city council declared last week. The closures are designed to slow the spread of the novel coronavirus. They were announced in a press release sent out by the city at 5:30 p.m. on Wednesday.

The three-story, downtown beach parking lot will also be closed. Other downtown lots will remain open.

Mayor Mary Campbell said in an interview following the announcement that Lowenthal made the decision in consultation with the City Council, interim Police Chief Michael McCreary and county and neighboring city officials.

Campbell said the decision on when to reopen the beach will be based on the success in containing the novel coronavirus.

“We don’t want Hermosa Beach to be the next hot spot,” she said.

Campbell said she did not know if the ban applies to swimming and surfing.

Hermosa was able to close its beach unilaterally because it owns its beach. All other 17 miles of beach in Los Angeles County are under County jurisdiction.

He described The Hermosa Strand as similarly crowded.

“I was on The Strand over the weekend. There was no way to enforce social distancing among the walkers, bicyclists and runners,” the chief said.

Violation of the ban is a misdemeanor, but Chief McCrary stressed his officers will seek voluntary compliance.

Lifeguards will be on the beach, but his officers will be responsible for enforcement.

“We’re sorry we have to inconvenience people. But we must get through this crisis. Our hope is by being proactive, we’ll get the beach and Strand back open quickly.” ER