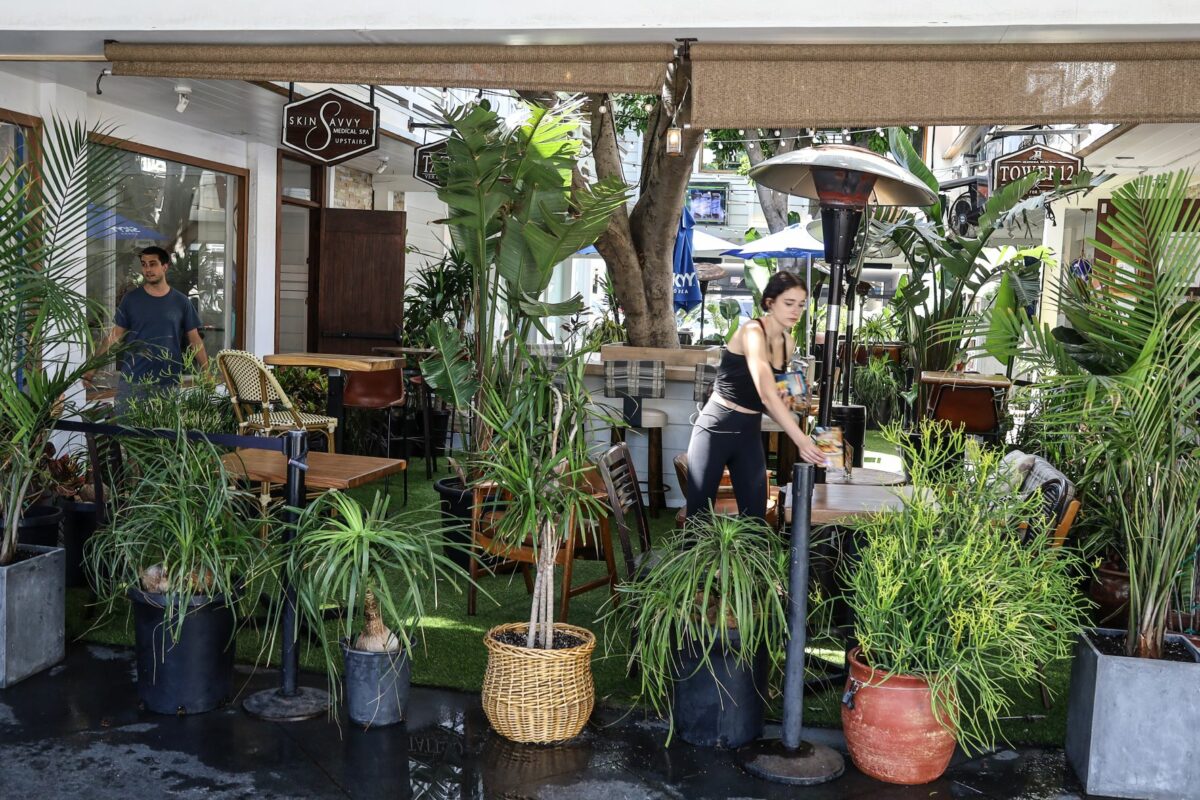 Hermosa Beach Councilman Raymond Jackson praised Tower 12 for improvements it made to the previously vacant lot beneath the Pier Plaza restaurant, but noted that the lot is public property, and said it should be returned to public use. Easy Reader file photo

The Hermosa City Council passed a motion, 3 to 1,  to accept a city staff recommendation that would allow downtown businesses to use two parallel on-street parking spaces, or three head-in parking spaces for decks in front of their businesses through next January. Councilman Justin Massey cast the sole dissenting vote at the Tuesday, June 14 meeting.

The vote followed a lengthy discussion about the equity of allowing restaurants on Pier Plaza to add 12 feet in depth to the encroachments they had been allowed prior to the pandemic.

Doug Haworth, owner of Silvio’s Brazilian BBQ, on Pier Plaza, urged the council not to reduce the size of the Plaza dining decks.

“Over the past 12 months, the Plaza has blossomed. It’s what separates us from our sister Beach Cities,” Haworth said.

Massey, in opposing Armato’s motion, said, “I don’t think going forward, we want to expand the dining capacity on Pier Plaza. It draws business from the rest of the downtown, and exacerbates public safety problems.”

Massey proposed a sunset clause, effective in September, that would return Pier Plaza dining decks to their pre pandemic size.

Councilwoman Mary Campbell responded, “I’m struck by the equity question. But I don’t know that larger decks on the Plaza make other businesses suffer.”

‘The dining areas needn’t be dedicated to a particular restaurant. They could be for eating food-to-go,” she said.

Councilman Raymond Jackson added, “I agree we need more ‘place making,’ with chairs and benches. Loreto Plaza could be a place for chess sets. It’s the only shady spot on the Plaza. I applaud what Tower 12 has done to make it better looking. But it needs to be returned to public use. Until then, it’s ‘public space for private gain.’” (Loreto Plaza is a city-owned lot beneath Tower 12, which uses the area for dining.) 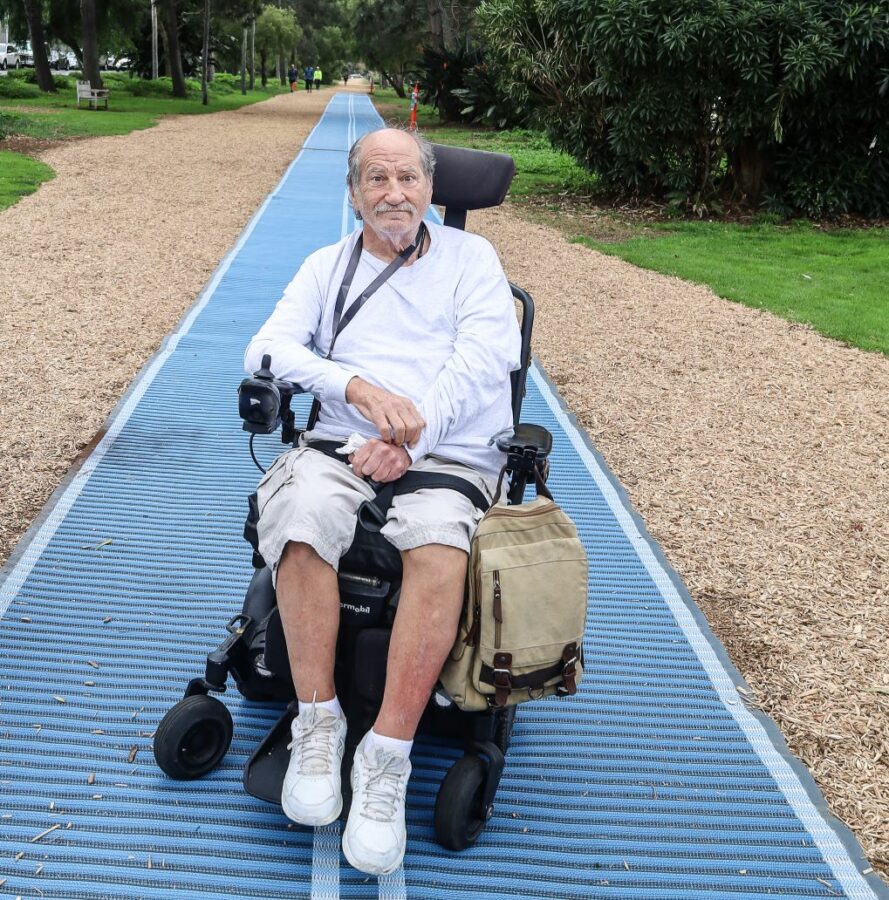 Tuesday’s council meeting was adjourned in memory of Geoff Hirsh, an ADA (Americans for Disabilities Act) advocate, who passed away two weeks ago. Beach Cities Health District CEO Tom Bakaly described Hirsh as “tough, but quick to forgive and quick to compliment” during the four years the two served together on the city Access Group.

“A city manager once told me that cities are governed by those who show up. And Jeff showed up,” Bakaly said.

Prior to becoming wheelchair-bound from a stroke seven years ago, Hirsh coached Little League, was a member of the South Bay Bike Coalition, and served on the Parks and Recreation Committee.

Andrea Giancol, who also served on the Access Group with Hirsh, credited Hirsh with the city’s installation of three mobility mats on the beach.

“I remember him on the mat at the pier during a concert, telling anyone who stepped on the mat who didn’t need it, ‘Hey, this isn’t for you.’ That’s the kind of guy he was.’’ ER