Hermosan wants owls to not be disturbed by city 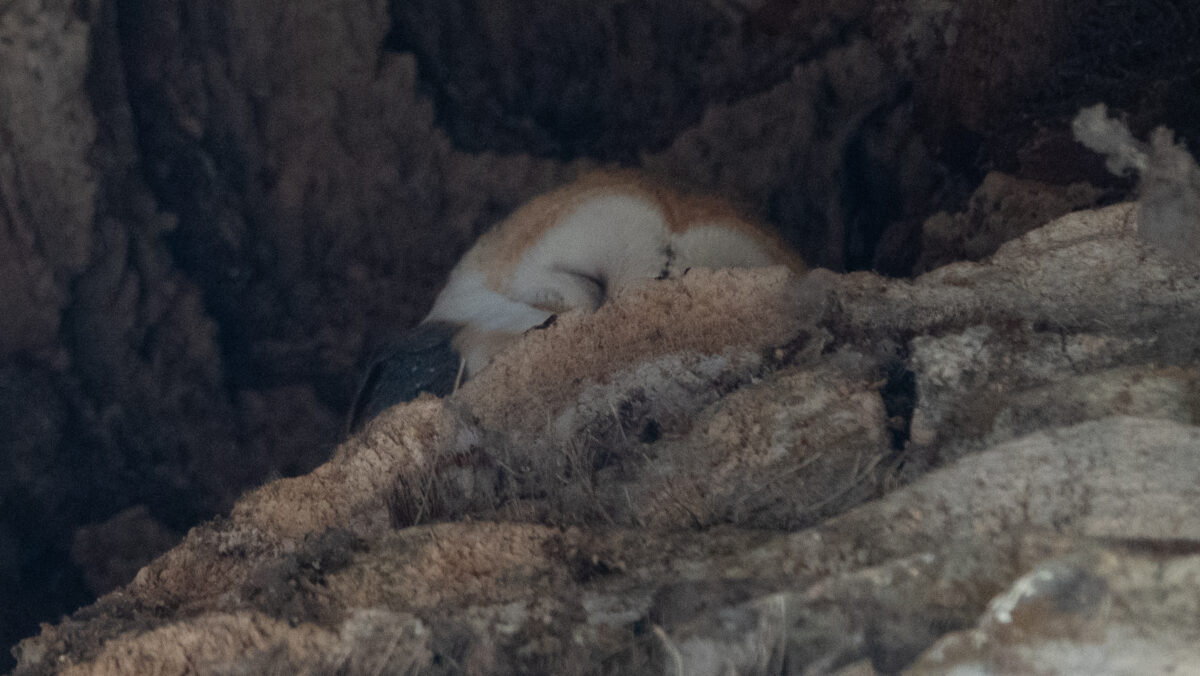 Owl in a Hermosa tree, by Jefferson Graham 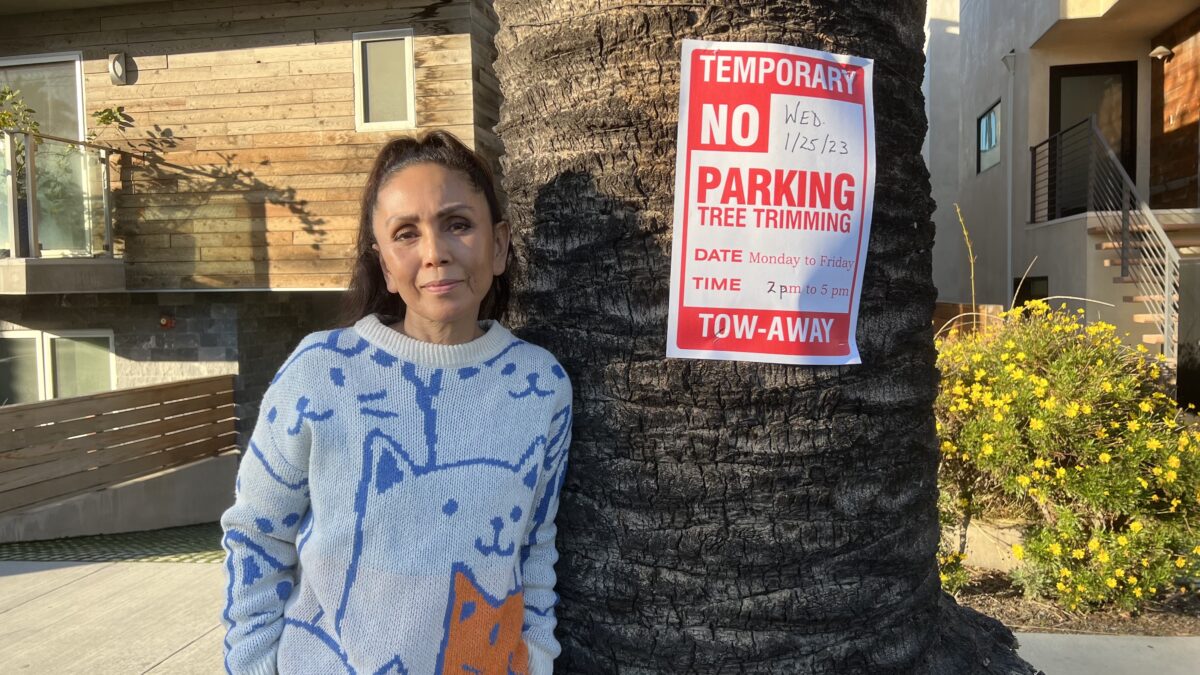 Hermosa Beach resident Izumi Brandvold wants the owls in the tree outside her residence to live in peace.

Hermosa Beach resident Izumi Brandvold has been back and forth with the city of Hermosa Beach for months about trimming trees in front of her home. The city wants the leaves cut back, but she doesn’t and she had a good reason.

A nesting pair of barn owls owls live peaceably in the tree, and she’s concerned that trimming will scare the owls and that they won’t survive the process.

A city biologist told her the owls would be okay, but couldn’t confirm that 100%, she says. The city followed up by slapping a tree trimming notice Tuesday on her tree, and she’s not happy about it at all.

“These owls are loved by lots of people,” she says. “In a perfect world, I want them to live in peace. I want them to be left alone. That’s my wish.” 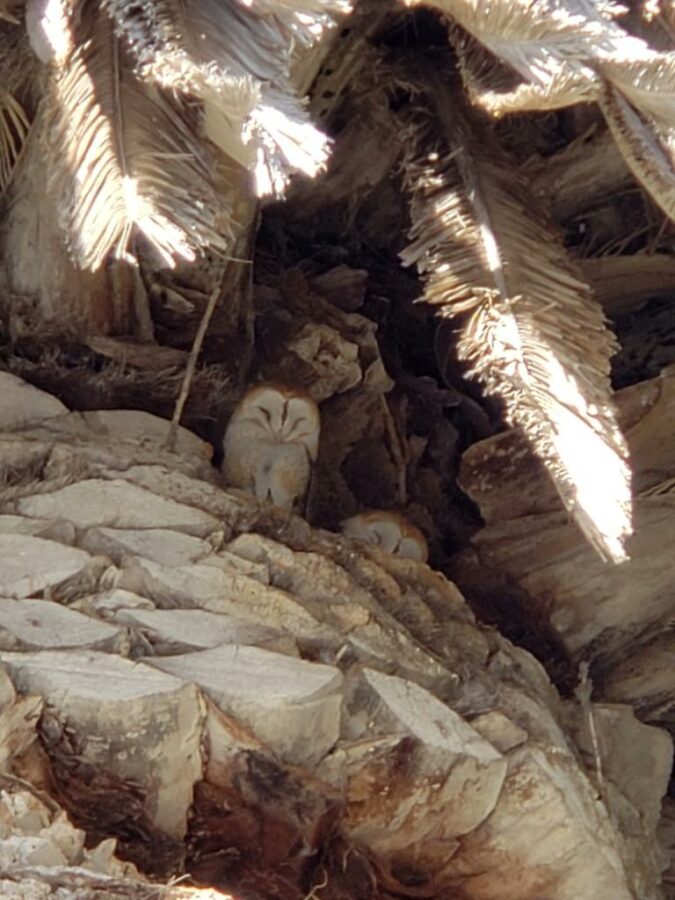 In December, the city warned her that the tree needed to be trimmed, and when she informed them about the owls, they back tracked. Until Tuesday, when the trimming notice went up on her tree. The process is scheduled for Wednesday, unless the city has a change of heart.

“We need to learn to live with nature,” she says of the controversy.

Owl in a Hermosa tree, by Jefferson Graham