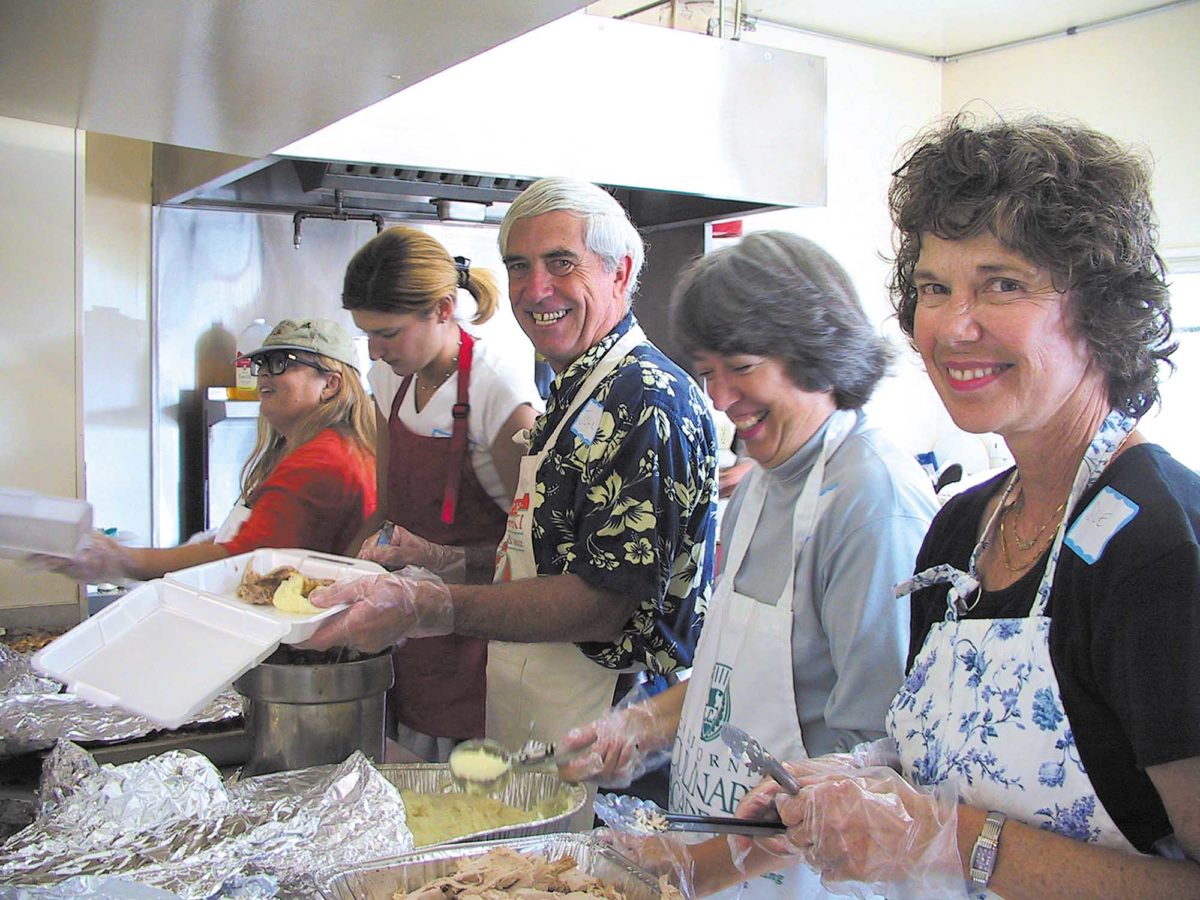 John Horger, center, helping out at a Mama Liz Thanksgiving Dinner in 2014.

The Hermosa Beach Chamber of Commerce and Visitors Bureau last week announced that John Horger and Merna Marshall had won its annual Man and Woman of the Year honors. Erin and Hillary Condren, owners of Martha’s and the Bottle Inn, were also given the newly established Entrepreneurs of the Year award. The winners were honored at a ceremony at the Comedy and Magic Club on Wednesday.

A sense of history for Horger

Years ago, Hermosa resident John Horger’s young daughter wanted to play basketball. So did some of her friends. They had been playing in the girl’s league in Manhattan Beach Youth Basketball. But Horger took a look around, and realized there was another option: start their own league.

“We decided, we have enough kids to do it ourselves,” Horger said.

Founding Hermosa Beach Girls’ Basketball, where he went on to coach for four seasons, was just one of the ways that Horger built up the legacy that helped Horger earn the Man of the Year honors. The through-line is a reverence for the town’s history and identity, a sense that its small size and quirk past are things to be celebrated.

Horger was a founding member of the Hermosa Beach Historical Society. He recalled that the society was born when a man from Palos Verdes who had been collecting old South Bay photos offered them to the city of Hermosa. City staff, unsure what to do, turned to civic-minded residents, including Bunny Seawright. Horger served as treasurer for the society’s first decade, and helped turn a volunteer effort to find a home for some photos into a full-blown nonprofit organization dedicated to safeguarding the town’s past.

Some of the affection he feels for the town is doubtless rooted in his connection to its most celebrated rites. Horger is a longtime beach volleyball lover — the basketball-playing daughter later switched to volleyball, and used it to earn a full-ride to college — who participated in the tradition of hyper-local annual tournaments. He organized a tournament at his home court at 22nd Street for two decades, eventually passing the duties on to Chris Brown, president of the California Beach Volleyball Association.

Horger was instrumental in finding a home for the historical society, helping to inaugurate the first Hermosa Museum in 1992 and the current one at the Community Center in 2007. He is proud of what the society has accomplished, but knows that its educational mission is far from over.

“It’s very interesting that we’ve had this gorgeous museum for 13 years now. And we still get people coming in on the weekends who never knew it was there,” he said.

Every now and then during her years of government service in various South Bay cities, Merna Marshall would have to give a presentation to the elected officials. It was not something she looked forward to.

“It was like I was talking to the president,” Marshall recalled. “Oh my gosh, I couldn’t believe how nervous I would get.”

Marshall’s dislike of public speaking had her a bit nervous about participating in the Chamber’s awards. It’s not that Marshall doesn’t value the kind of civic commitment that the awards are intended to honor, though; it’s that she prefers to do her work, as she puts, “behind the scenes.” During the 16 years she spent as executive assistant to the director the Palos Verdes Library District, for example, Marshall would, quietly, make days of the people she worked with just a little better.

“I had a policy of always trying to do one nice thing for people. I wanted to make sure I could do something special for one person every day,” she said. 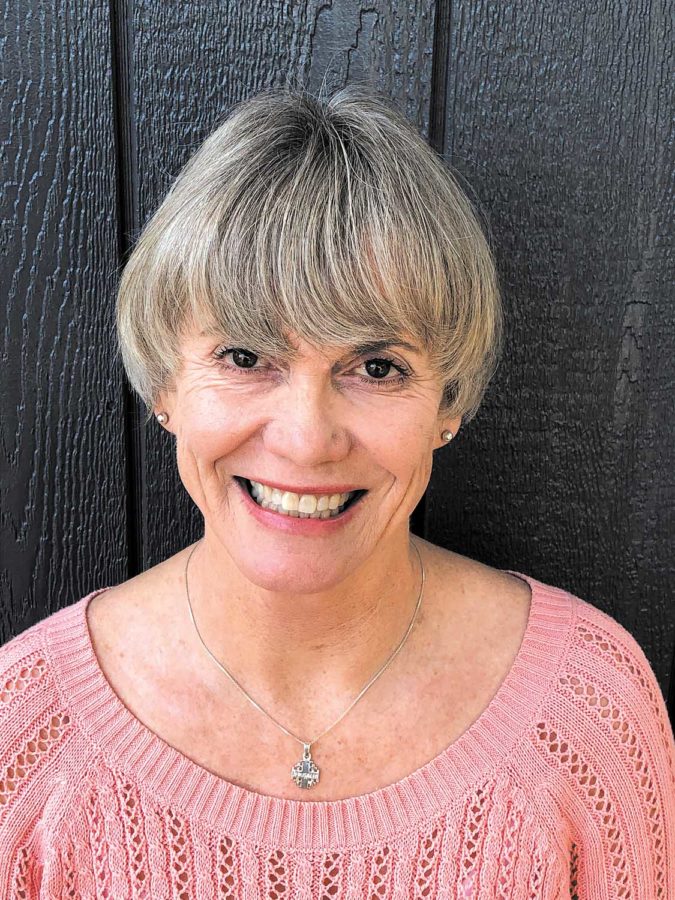 Marshall, a Mira Costa High School alumnus who grew up in Redondo Beach and is now a Lomita resident, began her career in government with the city of Hermosa, where she got to know recently retired Clerk Elaine Doerfling. She lived in Hermosa for a time, and ran in a City Council election in 1991. She enjoyed the feeling of purpose the public sector provided, and taking jobs in local government had the added benefit of keeping her, well, local.

“Rolling Hills Estates was farthest I had to commute. And I left there to go to Redondo,” she said.

Over the last decade, Marshall and her husband Winston have directed their energy toward Effe’s Closet, a charity run out of a Bellflower church that provides food and clothing to the homeless. She said that while there are still plenty of prayers to be answered amid a regional homelessness crisis, the work provides opportunities for praise as well.

“It used to be that volunteers did the cleanup. Now five or six of the men who actually come and eat and get clothing handle it. It has become their church. They have become part of our community that reaches out, even though they are in need as well,” she said.